Welcome everyone! Before getting down to business, wanted to do some housekeeping. I left some of you hanging when I decided to put part one of the Biltmore Estate architecture series here due to the rather wild look of the featured grotesques. Part two was more focused on the mansion reliefs and various statues about the grounds. Those were left on the mothership. Feel free to jump over there if you want to check out those additions (link here). Okay, on with the order of the day.

Yep, the Bald Eagle is once again front and center. If you recall, January was closed with a 3 part series on our country’s national bird (link here, here and here). Originally thought about holding off on featuring Eagles again so soon. Problem is, I made a commitment to you to emphasize fresher shoots – well for at least part of the week. In that vein, how about some tins from TWO days ago!?! (a round of golf claps please ha) 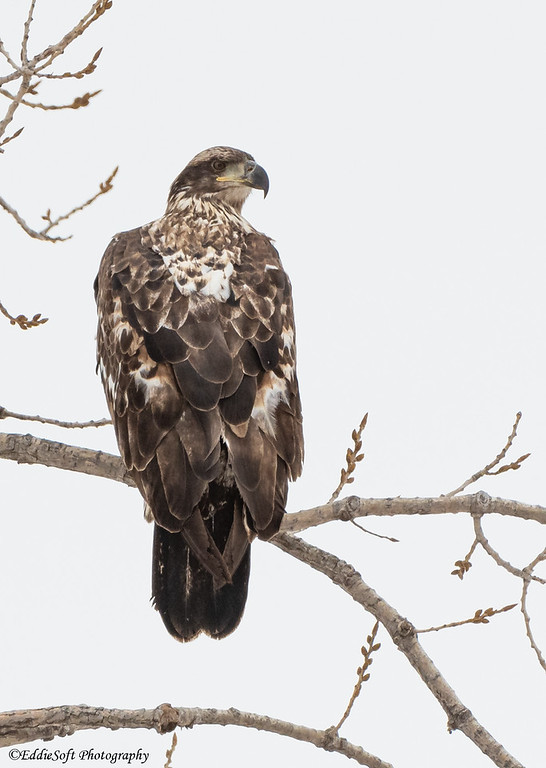 Hit the jump to see a few more of the traditional Eagle shots.

Linda and I headed up to the Quad Cities on Friday to run some errands. That area along the Mississippi is a hotbed for Bald Eagles as they push down from the north with the freezing waters. Most of the shots from that previous January series were also from the Davenport/Bettendorf area. Noting the opportunity, threw The Beast in the car in hopes we had some free time to drop by the usual shooting range.

Ended up having plenty of time to go hunting along the river. In the past, the Bettendorf lock and dam had been a great place to shoot Eagles. Convenient parking lot next to the open water provided excellent availability and more importantly… a chance to jump back in the car if appendages started falling off in the freezing temps. Key to the area was a set of trees near the locks that allowed the Eagles to perch between bombing runs. There are large trees behind the parking lot that are used primarily as a safer spot to consume dinner away from the greedy talons of the less successful. 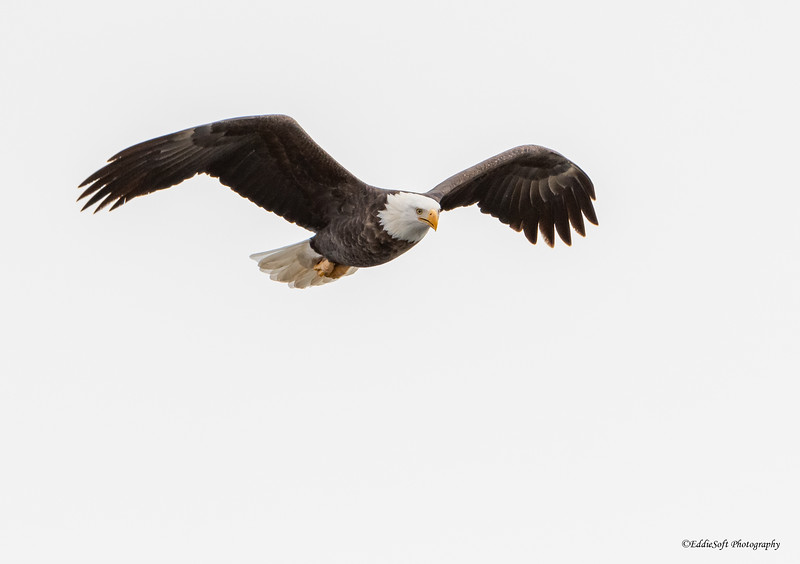 Thanks to a construction project taking up part of the parking lot and the tragic loss of the staging trees a few years back, this site has lost its luster. They tried putting up some wooden structures as substitutes for the fallen trees – Baldies are having nothing of it. Since they put those up, Linda and I have not seen a single Eagle perched on them. Adding ongoing noise from the construction sums up to slim targets – definitely nothing in reach warranting freezing your ass off.

Striking out there (again), headed down river to Eagles Landing. A small park tucked away in an industrial park. Had the place to ourselves, but the pickens were slim again. Managed to tin the immatures featured in this post.

Decided to focus on the more standard shots for this post. Similar to the previous series, I’ll come back with a couple more posts to focus on the more action and behavior oriented images. The action shots came from our next stop at the Davenport lock and dam. That ended up being the place to be that day as a quick count put it at 30-40 Eagles actively hunting the flowing waters just past the rollers. Did get few standard soaring shots of mature specimens (see the shots between the immatures). Main focus there was getting the action shots which I’ll feature in an upcoming post. 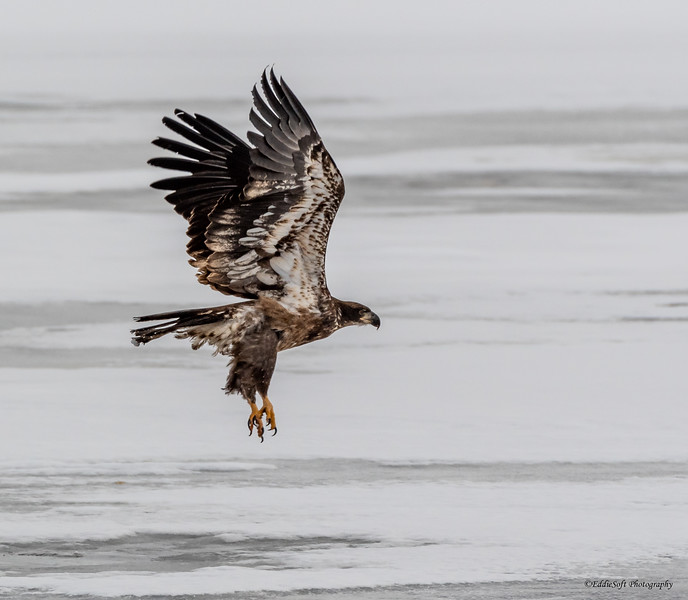 Having shot our fill there – translated – could no longer feel my toes or fingers, we took a quick drive to Credit Island and then down on Concord drive. To be honest, we should probably stop wasting our time on the Island. There are Eagles out there, but unless you pop on your teles, you’ll find yourself leaving the shots on the digital darkroom floor. One or two might pop over to the scattering of trees on the near side of the backwaters – just not worth it when you can hit the other places for much closer shots. Concord tends to have better access to perched birds. Saw 10 to 15 there as you head out under and beyond the 280 bridge. Pretty much a crappy narrow road that has waaay too much local traffic mixed in with a handful of Eagle gawkers.

Snapped some standard profile pictures (see first shot) and called it a successful day. Conditions were not the greatest which forced the ISO up. This gets to be a dicey combination as I tend to run in the 3000 shutter range to have a chance of stopping Eagle sorties. Also fighting a bit of haze that you can see in the latter immature shots. Gave that last shot a eerie feel which I ended up liking the best of all the standard shots. Need double back and push the whites up to give it more pop against the grey.

That will do it for this post. Keep an eye out for the upcoming action shots. Many of them came out quite nice. Hope you enjoyed the fresh recap.