Good news as I am for once ahead of the game when it comes to my self-imposed post quota. February used to put a lot of stress on me thanks to the missing days – apparently retirement is already showing benefits. Still trying to iron out the approach details, but thinking about burning both ends of my photo queue at the same time – for the techies out there, popping traditional FIFO and then swapping the head pointer and popping LIFO. For the record that was a test to see if I missed work.. relieved that was an internal “nope”. Jargon tabled I need to continue featuring old birding outings and would like to start featuring the newer finds – as B. in the UK hilariously put it, nice to read about a bird that might actually still be alive. Last post I featured a find from our January 2020 Texas Gulf trip. We saw this little one just before coming up on that Y-CN-H. 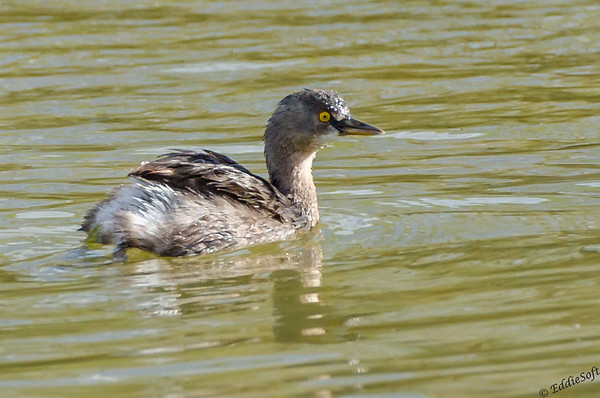 There is a birding blog challenge that B. alerted me to that I am desperately working to get caught up on so I can participate on a regular basis. The most recent one I missed covered birds you love. I would need to think about that a bit as there are really multiple ways to view that. Photographing Whooping Cranes (link here) in the wild brings the biggest smile by far knowing how successful conservation efforts were to bring them back from the brink (at least some distance). Then there are the shoots where cuteness takes over and warms the heart. Black-Necked Stilts (link here and here) take the prize in that category. 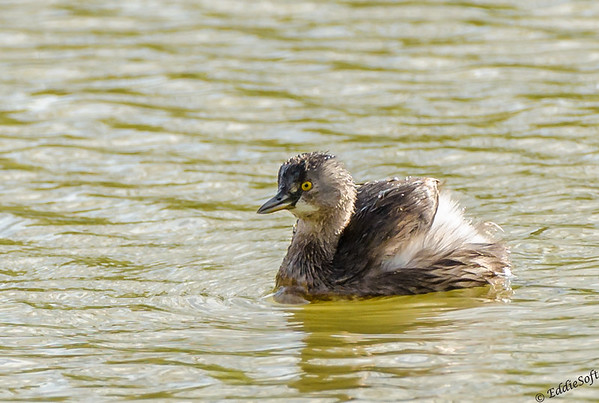 Hit the jump to read more about the bird too sexy for this post.

Thanks to our trip to Estero Llano Grande State Park on our gulf trip, I’ve added a new addition to the Too Sexy for my Feathers list – the Least Grebe. So much in fact they struggle with keeping those feathers contained and often look like they are having a blowout in the back. Pretty sure I heard Right Said Fred playing on their ipod as they paddled by. 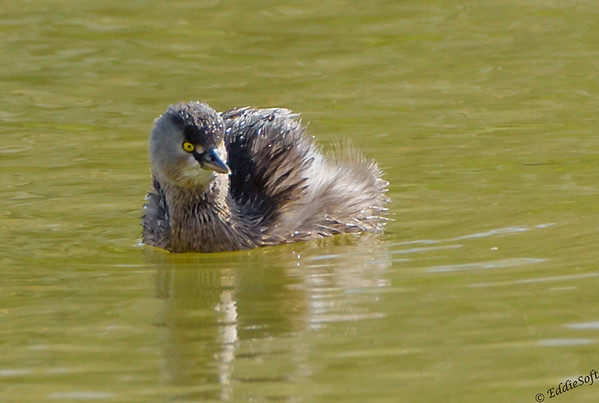 If the feathers were not reason enough to cause you to melt, their eyes are a mesmerizing shade of yellow. Recently found out my wife is NOT a fan of yellow eyes per our recent Snowy Owl experience. The part I tend to think is the coolest apparently freaks her out. After a few sessions with a shrink (translates to some DuckDuckGo searches hehehe), we’ve surmised it is a byproduct of a deep seeded fear of Snakes. Also uncovered her refusal to take a picture of any bird that isn’t pretty which means there is something deeply flawed with her. More analysis needed on that front for sure as this bird would be COMPLETELY OUT in her book where I could shoot it all day long. 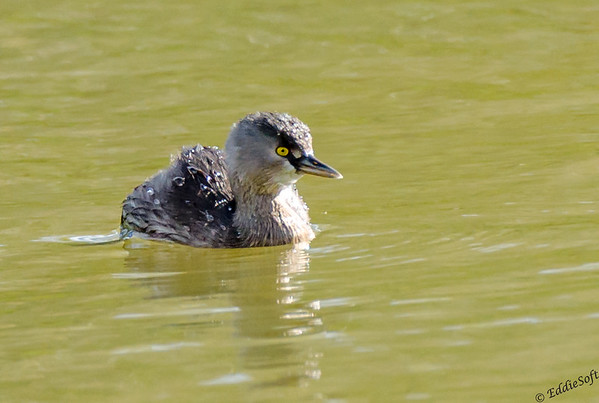 If you want one of these small puffballs on your list you will have a bit of traveling in your future unless you happen to live down by the southern tip of Texas or anywhere in Central America. From the region map it looks like they also find the islands off of Florida sexy enough for their bodies. This specimen was located in aptly named Grebe Marsh on the left side of the park. The Least was fairly content and didn’t mind The Beast pointed at it. As with the Pied-Bill Grebe, they have the ability to ride low in the water – even to the point where it can keep just it’s bill showing – a trait it uses to the fullest to frighten young pond inhabitants into thinking they are being stalked by a Gator – wait – yellow eyes, Gators have yellowish eyes, can move through water with its bill out, Gators move through the water with just it’s snout out…Honey, you can cancel those expensive neurological tests, me thinks I have the answer! 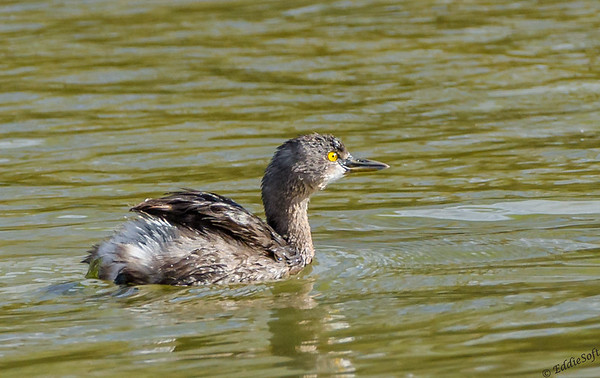 Oops, out of pictures. Intrigue’s cadre of lawyers has brought to my attention that this Grebe’s pension for fluffing their hind ends is not .. repeat NOT a result of having sexy feathers and demand that I come clean to my loyal readers. Apparently Cornell’s website has a differing opinion – instead, attributing the feather blowout to the conscious habit of sunbathing by turning its back to the sun, bringing the wings together and “tipping them upward” to allow the rays to warm up the skin beneath the fluffed feathers. That might sound all scientific and all, but I don’t see them explaining why they have earbuds and the turns on the catwalk yeah, on the catwalk now does it!?!

Before I go, just wanted to make it perfectly clear that Linda and I had ABSOLUTELY NOTHING to do with the current weather in southern Texas – we were officially gone before this took place – honestly, not our fault (this time at least).