Wow, this month is going to be close on the quota front. Lots of things happening around the headquarters of Intrigued as of late and admittedly, it is getting in the way of my commitment to my loyal readers. For that I apologize immensely, but on the other hand, I’ve been able to devote some time to working on new animatronics for this year’s Haunted Trail. Never too early to be thinking of orange and black. Speaking of black (these lead in don’t write themselves you know hehehe) take a look at my latest find. 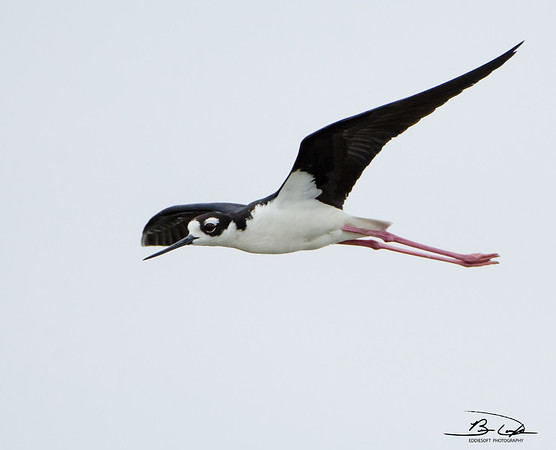 This particular set of shots is uber-fresh being as it was taken less than a week ago! For those who follow this blog, you realize what a rarity it is to see shots that are less than 2 years old … a shoot to post duration measured in days is nearly unheard of. Credit Linda for coming up with the plan to hit Havana on our way down to Springfield to see the parents. She knows that Emiquon National Wildlife Refuge is like crack for us bird enthusiasts. To be relatively close to that birding hotspot is truly a blessing. You never really know what you are going to see on those wetlands so always exciting to be able to make a run through even if it is for as little as 1.5 hours which is all the time we had that day. 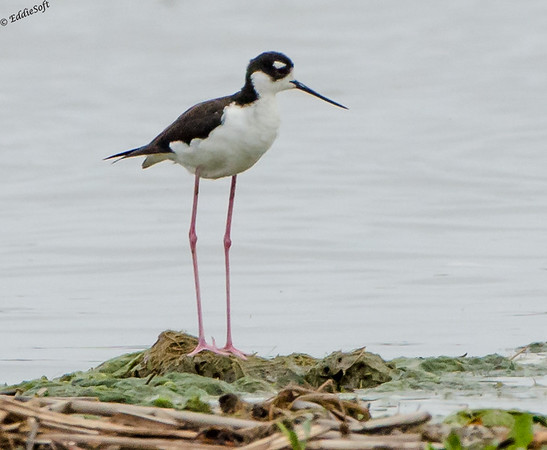 Hit the jump to see a few more pictures of this pink legged treasure!

Luckily, I was able to make the most of it. The Black-Necked Stilt is not a new bird to the blog, but it just happens to be one of my favorites. This is likely due to it being soooooo damn cute! It originally showed up in May of 2012 from .. wait for it .. another visit to Emiquon (link here). The few I was able to photograph were hanging out in the far north end of the main Observation entrance. Only saw about 5 of them but they were extremely chatty the entire time I was photographing them. 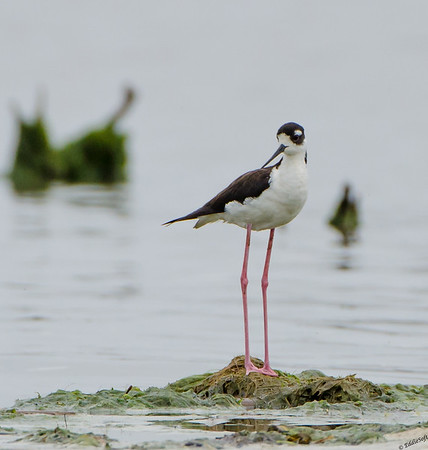 At first, I wasn’t sure what had gotten them all excited since the birds down in Emiquon are usually pretty accommodating to people. Whoops, let me correct that. All the birds except the Killdeer are accommodating. Those Killdeer were in full distraction mode likely due to eggs in the area – I joked to my brother Ron that it was a weird experience being in a place with so many Killdeer with broken wings (for the non birders the Killdeer puts on an injured con to lead predators from their nests). A Facebook post later that day revealed the answer to the Stilt chatter – the lady had photographed a number of Stilt nests complete with eggs so they too were in guard mode. I never saw the nests myself or I would have made sure I kept extra distance. 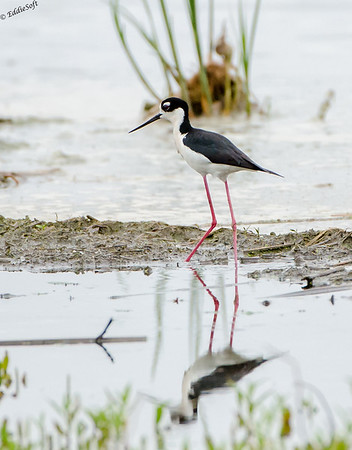 There was also another surprise awaiting me at Emiquon that day. I do not want to give too much away since I plan to feature it on an upcoming blog post. Okay, maybe I’ll give a hint… 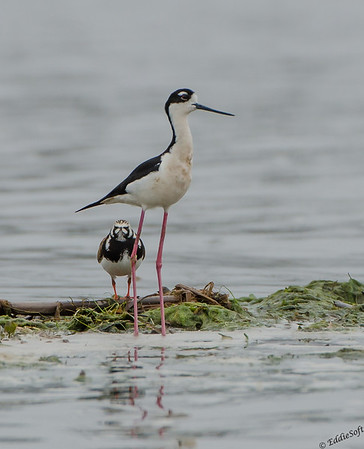 So you might be wondering what is up with the post on a recent outing. Truth is I wanted to give back to the birding forums I follow on Facebook. Shout out to the Birding Illinois and Illinois Birding Network sites. Up to this point I have basically been a major lurker. I try not to even admit I have a Facebook account and had never even posted anything up to that point – mainly kept it so Linda could follow my training runs (ever since getting felled by heat stroke she has been overly watchful of me). Having had such good luck at the Emiquon trip figured it was time to break down and share with the other online birders. Big thanks to Linda for teaching me how to do it and putting up with all my questions and snide remarks. 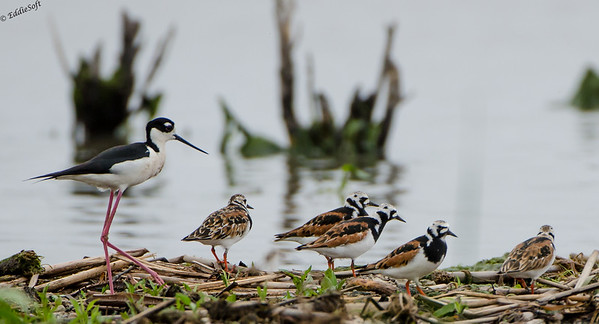 Turns out my little post was well received. I might consider doing that again based on what Ron and are able to get in the tin at our upcoming birding trip to Montrose up in Chicago. Hoping all the migrating Warblers stay around at least until the end of the week! The best news of all is jumping on the images means more fodder for this blog – yeah! Anyway, short one tonight – need to get some shut eye, lots of things to get done tomorrow. See you again real soon now!