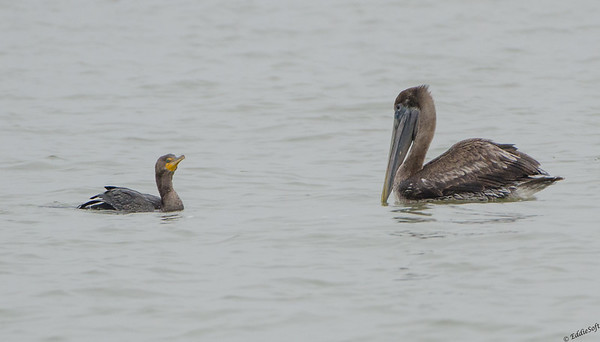 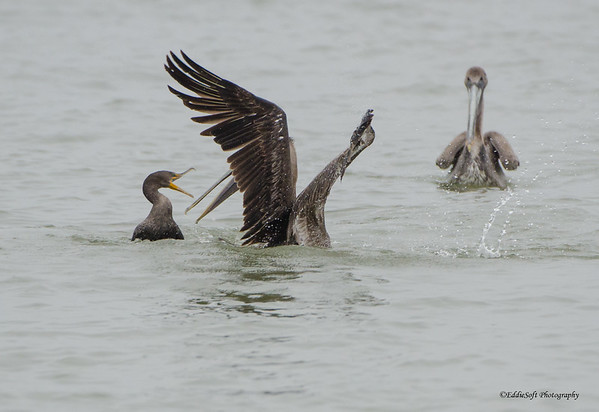 Each combatant unsheathed their weapons and took defensive positions.  About this time I noticed the Pelican had brought reserve forces in case the nimbleness of the Cormorant was able to counter its superior strength.  This secondary force didn’t bother the Cormorant one bit.  It had accepted fate knowing from the deep philosophy instilled in all bird martial arts “you have already lost when a situation devolves to battle – survival afterwards is an unexpected outcome, an outcome that plays no negative or positive influence on the immediate defense or offensive technique deployed”. 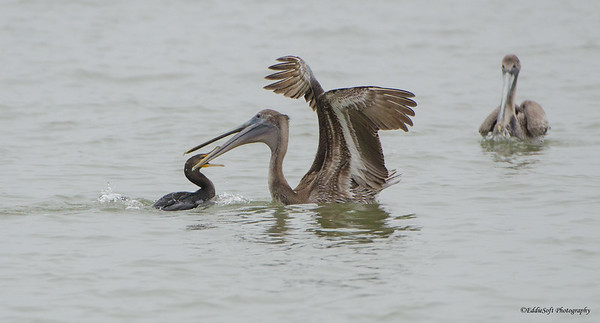 … and then it happened, perhaps overconfidence clouding judgement or age inflicting an unexpected microsecond delay in muscle reflexes.  The Cormorant had seized on an opportunity. 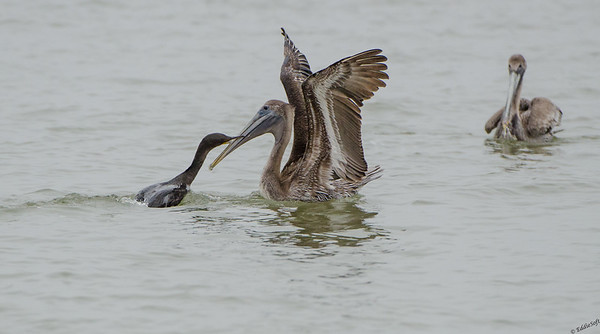 With a mighty crushing blow, he had the larger Pelican on the ropes.  Uncertainty was clearly invading the conscious taking up valuable canvas to plan out a recovery strategy.  The Crested-Fu had gained the upper webbed foot.   Surely the secondary Pelikido forces would engage to right this imbalance. 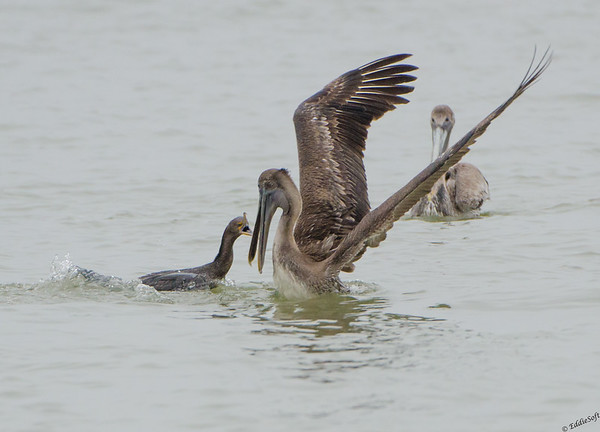 A last desperate move appears to have worked.  The Pelican had resorted to brute strength in an attempt to overpower the attacker.  The reserves looked on approvingly while the Cormorant struggled to regain control.  Was this the beginning of the end.  Would strength and weight win out over speed and agility ?!?! 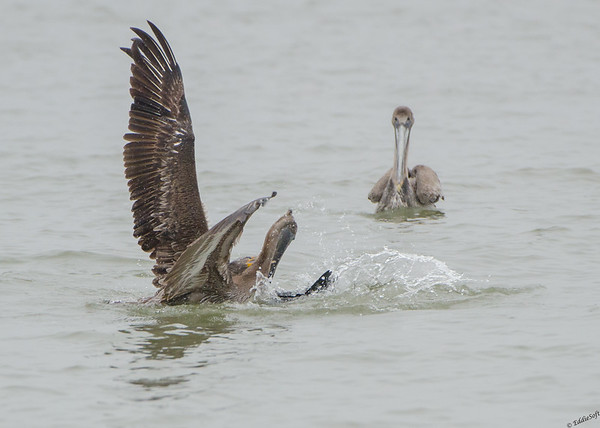 Ah, but Crested-Fu was trained in ground battle, each practitioner spending hours on their backs learning how to manipulate their superior positioned opponent into putting too much weight on one side, maybe extending their appendages too far from their body making a leverage point for a throw or lock.  The only variable being how much time the Cormorant could remain underwater.  Sure enough, the Pelican overplayed his position opting to go for a quick submission.  Feeling the Pelican move too far forward on his hips, the Cormorant pinned his opponent’s leg and engaged his own hips to throw the Pelican off.

The Cormorant had successfully countered the Pelicans attack – now drained, the Pelican was injured and forced to try and save bill, 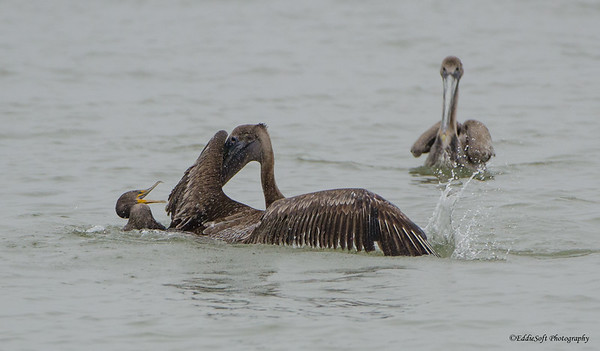 The Cormorant was hell bent on insuring his opponent would never test his powers in the future.  Striking out at every exposed feather, imparting painful sting after painful sting.  The victor was known, only degree of defeat had yet to play out.  Does one dishonor his master and turn tail and live to battle another day, or accept fate and meet the great feathered god in the sky.

… and high tail it is.  Stripped of dignity, the Pelican opted for safer waters.  The Cormorant having proved its worth looked on with satisfaction, even glancing at the reserves to see if they wanted to accept a similar fate.  Nimbleness had out-dueled strength that day.

I had to laugh after witnessing this entire encounter.  First off all, I was amazed at how aggressive that Cormorant was.  Never knew about that characteristic in these birds.  However, the most humorous aspect was the fact the Pelican’s reserve never once opted to engage to help its fellow bird.  Nope, just floated there taking the whole thing in like a matinee.  Apparently these Pelicans are all in it for themselves!

Hope you enjoyed my recollection of an intriguing experience -albeit with over the top creative licensing.  There was another event soon after this that I’ll cover in an upcoming post – a lot more shocking for sure.