Well, I’ve just turned another year older which always brings an immediate reaction of “where the hell did that year go!”. Every year I set my sights on getting a bunch of stuff accomplished like finally getting caught up on my photography queue and designing out that cool Halloween decoration I’ve been mulling over the past 6 months. Then I wake up to Linda wishing me a happy birthday and bam, another cold flounder up across the face – crap, my queue is still three years deep and although I did get to a record number of Halloween props for this year’s haunted trail… I know I could have done more – what a slacker. Definitely need to recommit myself to being more productive. One area that has been going well as of late is my bird count. 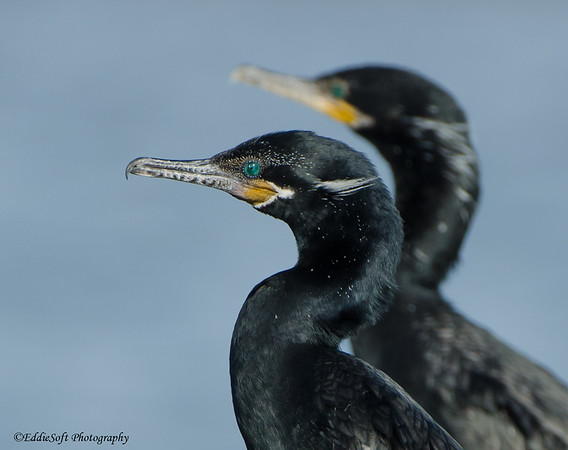 That there is the latest addition to my checklist. Should be assumed by now, but this sleek black bird comes to you courtesy of the Texas Gulf Coast. In particular, this addition was made in the Galveston Island area. These initial specimens were spotted in the Galveston Island State Park while on a birding trip back in January 2017. At the time I thought I was simply filling up my digital card with more pictures of Double-Crested Cormorants. These interesting looking birds are fairly common at waterways across all of the United States at some point during the year. When they are not riding the waves, they are generally just hanging around on docks and poles enjoying the lazy day – might even see them with their wings splayed out trying to get them to dry in the sun. 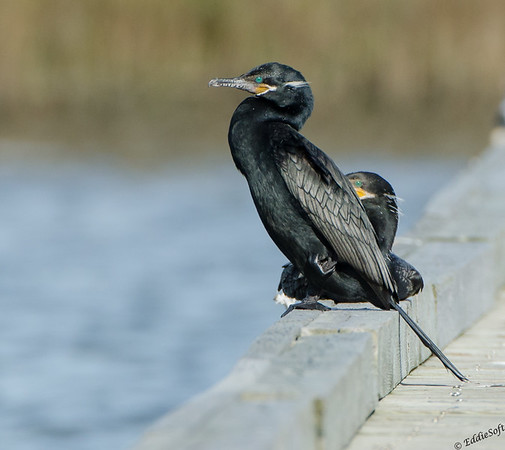 Hit the jump to read more about this new addition.