It’s been awhile but I’m finally back on the ball with another post for December.  My  has the time flown this year but I’m very confident I’ll be closing out 12 more months of making at least my minimum quota for posts.  A small triumph for a year, but it does put some serious pressure on me at various times trying to juggle all my other commitments.

Luckily, this is as much fun as it is work!  Today I bring you another check in the birding list. 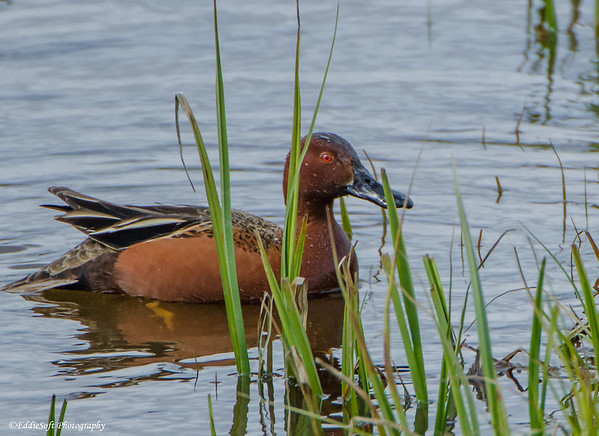 The fact that you are seeing the products from that trip signifies a very big accomplishment – yes, I FINALLY got through the entire collection of shots from that Yellowstone visit.  Pretty sure I ran around the house in jubilation when I made it through the last of those pictures in the digital darkroom.  I used to catch a lot of grief from my brother about the huge delays from shutter snap to post — now that he has turned birder extraordinaire he is experiencing the same kind of backlog (isn’t easy is it hehehe).  Sometime ask him how many +1’s he has in the tin this year that has not been processed.

Hit the jump to see a few more shots of the Cinnamon Teal! 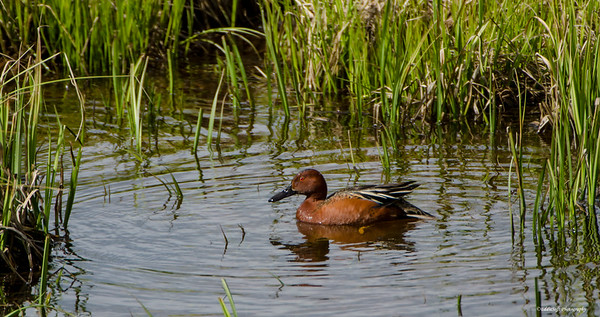 I do not deny he is one of the reasons for finally pushing through the backlog – he’s been racking up new bird after new bird forcing me to at least get to the backlogged  birds just to keep sight of his list number.

I should probably make a few comments about this gorgeous duck.  From a coloring perspective it is extremely distinctive.  Admittedly, I was not entirely sure what it was while I was shooting it.  It was a new one for sure, but my Teal knowledge at the time was not up to par.  Luckily, I had brought a reference book out with me which made for a quick ID.  Brownish coloring – check, bright red eye – check, bright blue patch on wing – yep, that’s a Cinnamon Teal alright.  I forgot to point out that a few pictures  back I also had the female.  As usual, the female sports a pretty boring grey 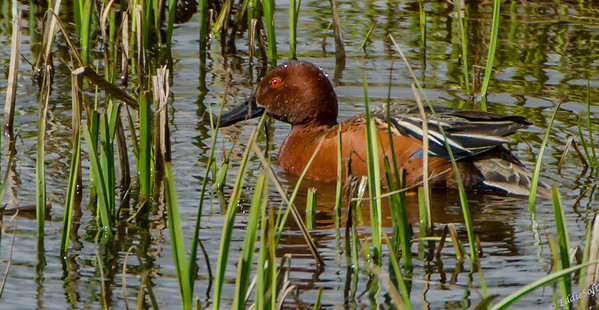 These were  the only two ducks in that particular pond.  I’d like to say we hiked for miles in rocky terrain fending of bears and wilting under the beating sun to bring you these shots….but that would be a ummmm well, a total lie.  From a birding perspective this was nirvana.  Linda pulled into a parking lot, I got out and meandered about 20 feet to the pond where these two were hanging out in the reeds.  The only downside is I had the tele on the Beast which resulted in some softness – a common theme for the Yellowstone trip.  I learned a valuable lesson that year – only put the tele on if you really need that extra reach because it is going to go soft on you regardless of what the marketing material might tell you. 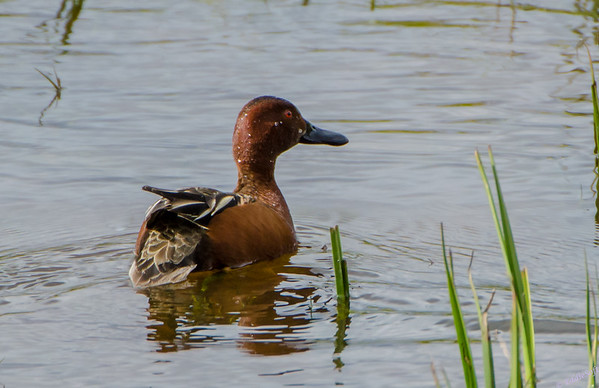 Our buddies over at Cornell are lacking in their Cinnamon Teal content.  There is very little I can bring to you from a facts perspective.  They are dabblers and they do an excellent job of concealing their nests.  They have separate breeding groups in North and South America (latter has a year long population).  That’s about it folks – surprising little fanfare for such a beautiful bird.

3 thoughts on “Time to Add the Cinnamon”