Last post I brought you a set of large mammals shot in Yellowstone National Park back in May 2015.  Those Big Horn Sheep top out in the 310 pound or so range for the males and then about 190 for the females.  Pretty big from a hoofed mammal perspective, but definitely not the top end of the inhabitants at our first national park.  Today we push that scale a little higher with these common residents. 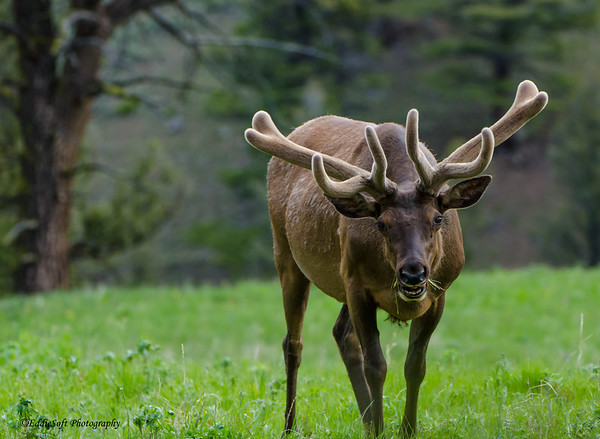 These Elk (we’ll get to the whole name thingy in a bit) tip the scales between 500 and 530 for the cows and 700 to 730 pounds for the bulls.  The predators of the animal world would need to be pretty hungry (and desperate) to take on a mature bull.  Something tells me they would be calling for an ambulance to pick up the carnage should they get slammed with a full rack. 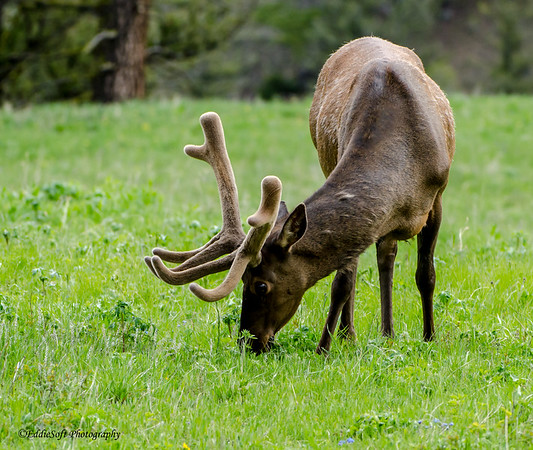 Speaking of racks, these shots are of Elk that are still in their velvet stages of their antler growth.  These creatures are pretty common out in that particular region and one doesn’t come back from a trip without a few tins full of Elk frames.  They’ve actually been featured on this blog several times now (link here and here).  Note, the latter link has some of the most gorgeous antler racks (qualifier added for obvious reasons) I’ve seen on these beasts.  From those posts you can tell the transformation from the velvet stages to the mature antler sets.

Hit the jump to see a bunch more pictures of the Elk!