Hello everybody. For those wondering, we have been a bit out of pocket for the last week or so. It all started when I woke up to my wife looking at her phone in absolute joy. All my groggy ears could make out was garble that sounded like someone meeting a new baby for the first time.. “how cute”, “adorable”, “oh my” .. the usual fare. I had a moment of “my god what have I done” until she showed me her screen with a YouTube video playing of a puppy. Apparently she had just been alerted by a friend that they were looking for a qualifying home for … well, THIS!

We had been looking for a new addition to the family now that our youngest, Raven, had recently turned seven (link here). While finally getting the sleep removed from the eyes, Linda explained how the puppy I was looking at was a performance bred toy Poodle and they were looking for a home where he could continue his champion line in the performance sports – agility, dock diving etc. To be honest, it sounded too good to be true. This puppy was going to be slightly bigger than Raven which is what Linda wanted due to the difficulty our Raven has with the teeter being so light. The video included scenes of him already doing introductory apparatus familiarization, treat awareness and a number of other skills which he already excelled at – far earlier than our other agility champions.

Hit the jump to read more about our new addition.

END_OF_DOCUMENT_TOKEN_TO_BE_REPLACED 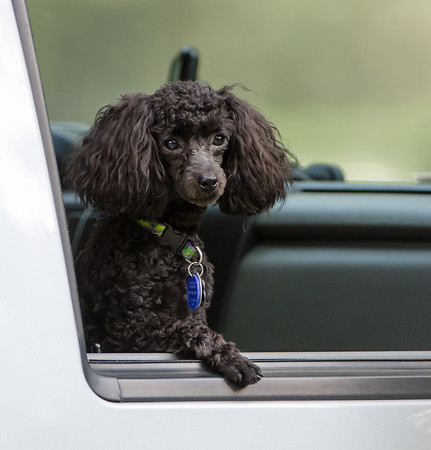 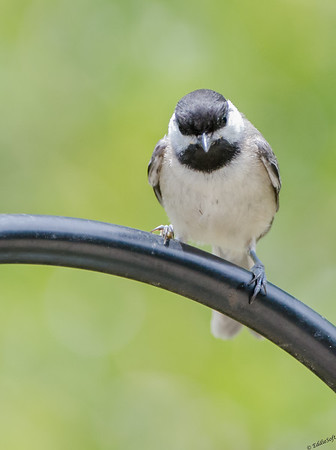 END_OF_DOCUMENT_TOKEN_TO_BE_REPLACED

The boys wanted to show off their costumes to everyone! 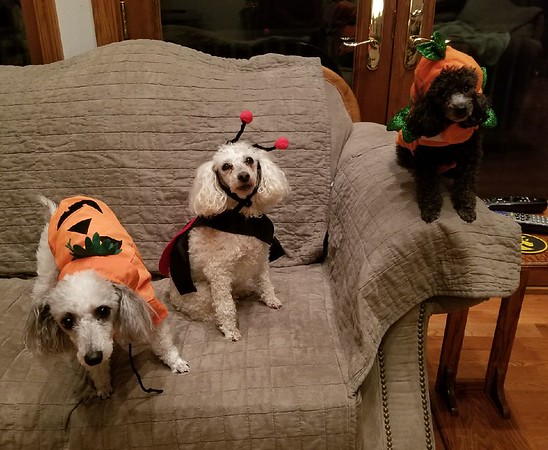 Although, Raven doesn’t seem to be very happy about it

Things I am thankful for at the moment:

I am going to close out this month’s set of posts with a bird that posed a challenge for me in a couple of ways.  While out on our Yellowstone vacation, we took a short hike up a trail.  While taking in the beautiful scenery, I heard an interesting bird song coming from a set of trees.  It was a rather unique sound, but the point of origin was difficult to pinpoint.  Slowly the sound was vectored in and it slowly revealed itself.  What was this sneaky bird?  Well, it was this one:

The challenge of actually seeing this bird was matched by the difficulties in actually identifying it in my multiple bird books.  Turns out there are at least 6 variations of this Junco with varying coloring contrasts.  Some have a darker head, some have a larger brown spot on their back.  To be honest, at the time it looked like a shrunken robin without the bright orange belly.  Based on the picture above, it is obvious he had no trouble locating me.

This shot gives a better perspective of the side and belly feathers.  The belly t is a dull orange which lead to the robin reference.  From a photo perspective, I do like how these close up shots came out.  The coloring of the bird coordinated well with the bark of the back trees and the wisps of greenery give a nice depth perspective.  Here is another one that I probably like the best of all of them.  To his credit, even though I was moving around to get different angles he did not get concerned enough to seek safety in the deeper brush.

I hate the fact I have to reduce and compress the images for this website.  The full size raws look significantly better than the smaller versions used for the blog posts.  I might actually look into leveraging a photo service website to use as a repository for the larger images.  That way I could provide links to the full versions if you wanted to see those.

Unlike our friend the Mountain Bluebird the Junco blends in quite nicely with their habitat.  Based on the various pictures of the 6+ variations they all look like the colorings would hide it nicely among the limbs and brush common in the forest.  To demonstrate this, here are a couple of examples consisting of full scenes (reduced for space).  Try your hand at Where’s Waldo.

Now that you know what you are looking for it makes it a tad easier compared my struggle trying pinpoint the source of the chirp.  In case you did have some problems, here is a zoom of it:

I pulled a slight switcharoo on you.  This is actually one of the other variations that has a slightly lighter brown patch on the back.  How about another try:

It’s there, trust me.

Let’s hope they don’t figure out how to use that stealth trait against us. They would probably team up with the Ravens and wreak considerable havoc.  I recommend not making them angry!

Whew, that was a close one.  Wiping the sweat from my brow, I close out the 6th and final post of the month.