A sad day here at Intrigued.  We had to say goodbye to one of our beloved toy Poodles.  Osiris (Rizzi) lived a good long life, became a well decorated Agility Champion on Linda’s guidance and brought us tremendous joy over the years.  Linda, his brothers and I truly miss him.

The stressometer is peaking again which means it is a good time to relax and get the mind focused on something else for a bit – translated,  it is an absolutely great time to get another post out.  Today’s featured feathered friend has what I’ve always considered an improper name. 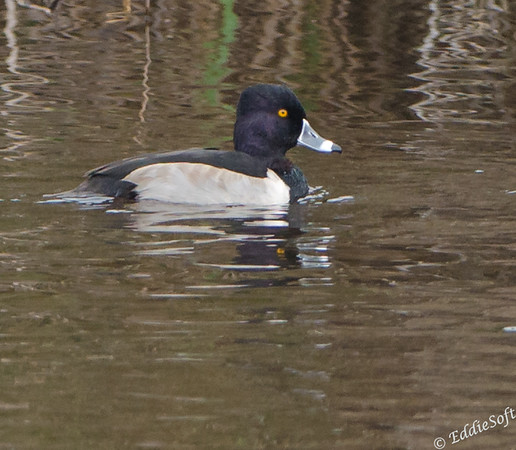 Hit the jump to read about more about this badly named Duck.

END_OF_DOCUMENT_TOKEN_TO_BE_REPLACED

It may not be evident from the multitude of wildlife photography posts that have been dominating this blog over the last 6 months or so, but in truth, I’m still out and about taking in everything in our so called civil society.  People are unaware, but if I’m around I’m likely socially profiling, categorizing and then observing to validate those first impressions.  I always thought one of my best fit jobs would be an FBI profiler.  Much like they must do, I’m continually building character models and applying them in every social setting I may be in.  If those model are wrong, I fold those new findings into the model and look forward to confirming them in the next setting.  This last Saturday I witnessed a very sad interaction while at a Quad City casino.  Linda and I were eating at the buffet when a lady with her suspected son and an older lady I assumed was the grandmother were seated at a nearby booth.  The original interest was the concept of bringing a child to a casino and wondering what influence that might have as the kid matures.  Clearly there was not going to be any model tweaking from that based on not being able to spend the next 3 or 4 years collecting social data.  Then something heartbreaking occurred.  A guy comes up to the table and proceeds to explain how they were not going to give him a free buffet due to a point system change of some sort.  That translated to a 20 dollar expense for dinner (that night’s buffet price).  He then gave the casino card back to the grandmother.   I ran through some models in my head, picked one and waited for validation.  Stunned, that selection failed to match reality.  Contrary to expected action of paying for the meal and spending time with the other ladies and kid.. he explained that he was just going to leave, took a step away but countered at the last minute when he noticed the kid moving toward him from the booth.  He took a step back and gave the kid a quick hug and told him he has to go.  At the same time I heard the grandmother mention something about a birthday the next day.  It must have been the kid’s because upon hearing that he reached into his pocket and pulled out a bill, put it on the table in front of the kid and said “go to the gift shot and get you something you want”.  He then left the table leaving the kid sobbing.    My heart sank.  My assessment – he had money based on the gift and he had the time or he would not have tried to get a free meal.  Instead of spending some quality time with his kid – a gift more heartfelt and nurturing than a gift shop trinket, he opted to leave a vacant hole in a young child’s life.  Now I really wanted to spend that next 3 to 4 years observing this saddened kids life.  I wished that child the best of luck under my breath, tweaked my model and went back to eating my food – a little more depressed that we continue to call ourselves a highly evolved society.

Like the experience in the casino, the following observation was also from afar.  In fact, so far out that you can barely tell you are observing a duck.  In a couple of weeks Ron and I will be doing another birding outing at Chain O’ Lakes State Park.  Being that it was April of LAST year when these were taken, figured I better get this out pronto.

If you squint, stand on your head and bend your legs just right… you might be able to make out the Ring-Necked Ducks that are hanging out near the far bank.  Trust me, this was a looong way across the river and The Beast was straining with everything it had to get a bead on these distant waders.  To be honest at the distance we were shooting and my dislike for chimping on the back LCD (my brother can confirm this) I wasn’t entirely sure at that point what it was.  It had wings – that is all it takes for me to shoot it.

In the digital darkroom it became apparent what these waterfowl were.  As it turns out, it is in my nemesis bird category because I have yet to get a decent printable shot of these birds.  I did get a shot of them back in 2012 up in Wisconsin (link here) to get the check mark on the Bird Life List – but like these, those were definitely not worthy of ink on paper either (the previous ones were closer though!).

Just to close out the shots, figured I’d throw in a wide shot to show you how difficult it was to spot these ducks against the reed background.  That’s all for this bonus round entry.  Looking forward to checking out what the Chain has to offer us in a couple of weeks.

Greetings once again all. I gave you a slight reprieve from the Wisconsin Birds Series at the end of the last month, but there are a few more to get through before closing out this series and moving on to Wisconsin Birds Series II (yep, thanks to taking so long to get through the first series, we’ve been back to the Land of Cheese and now have even more shots to share). Unfortunately, this particular post is bittersweet. On one hand it does provide support for a new checkmark in the bird list, however (head hung low, eyes wandering) it is also an unfortunate highlight of the execution fail.  Having exhausted the ponds and lakes around Baraboo, we headed up further North about 45 minutes to a County Park.  Neither of us can remember the name of that park but I do remember parking near a large observation deck positioned in the a middle of a field surrounded by a forest .  The trees here were experiencing distress from some form of bug, blight or maybe a fire – tough to tell other than an earlier walk down another supposed observation deck uncovered large construction vehicles in the midst of bulldozing some of the larger trees down.

Signs indicated a trail to a pond so we grabbed the gear and headed out.  After about 15 minutes we came upon a lonely pond and immediately thought PERFECT! Nobody around, secluded, and a clear view to the pond… and there was water fowl taking a leisurely paddle. I set the tripod down and went for the customary far shots so I would have something to show for the effort.

and…. we have come upon the very rare fuzzy duck!   Okay, okay, so it was a poorly executed shot. I am not sure exactly what happened other than likely a bad compensation for the now very overcast afternoon (the downside of now shooting only in Manual Mode) or weakness in trying to hand stabilize The Beast. In either case it was my bad and I take full responsibility for it. On further thought, it might have just been excitement knowing this bird hadn’t made it into my tin as of yet. Even with the fuzziness, you can still tell it is a Ringed-Neck Duck – both a male and his mate.  Here is another shot of just the male (no, the images do not get any better) that confirms it.

Hit the jump to read more about this new duck to LifeIntrigued.