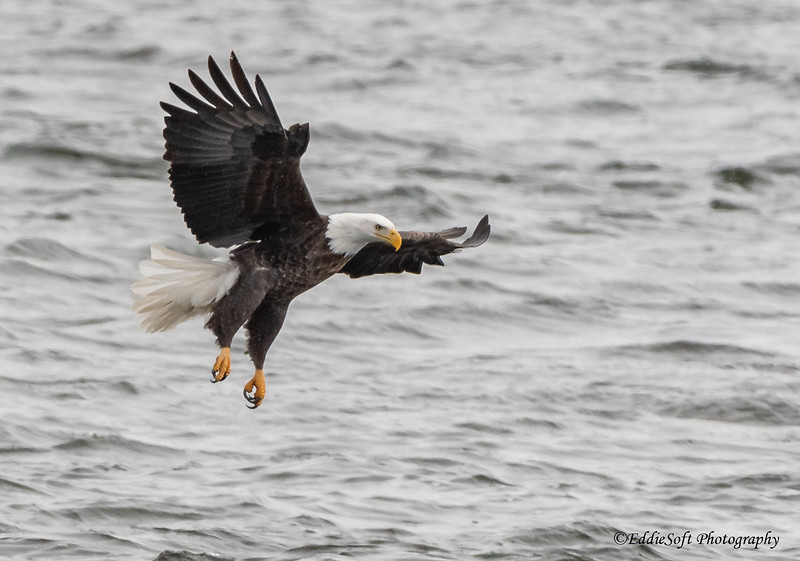 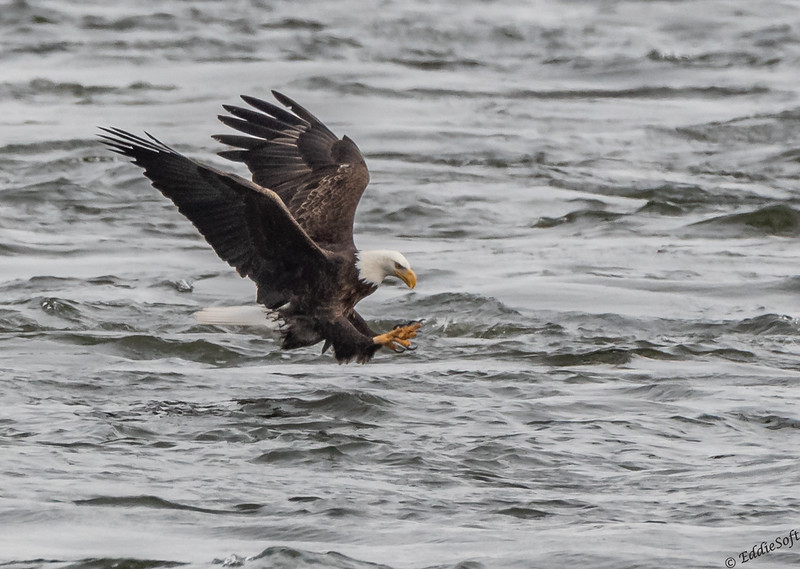 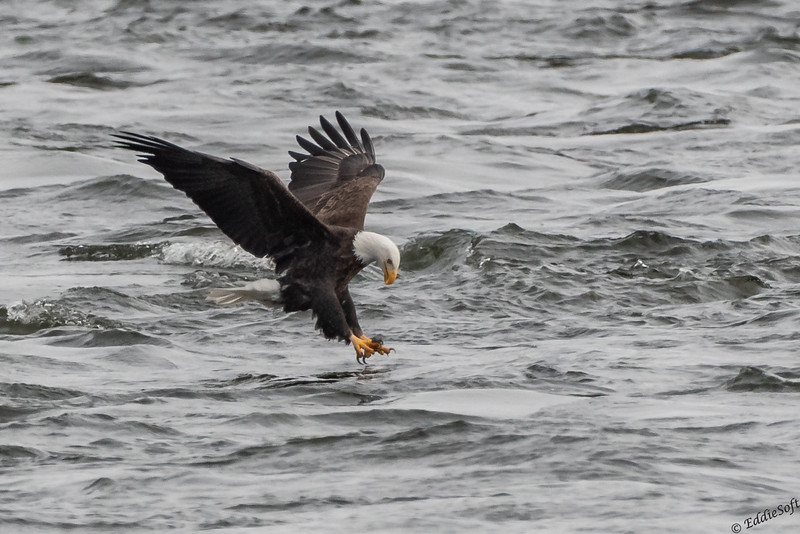 END_OF_DOCUMENT_TOKEN_TO_BE_REPLACED

Well, as of 4:00pm today I am officially on holiday break from work until 2012 – WOOT. Of course, that really just translates to two extra days of standing in long lines at local merchants trying to finish up the gift list. Fortunately, that activity can start LATER in the morning so no need to get up at the ass-crack of dawn for the commute to the office. This month was dedicated to shots from our recent Yellowstone vacation. So far we’ve covered the Trumpeter Swans (link here), Mergansers (link here) and two posts covering those scary Ravens (link here and here). We’ll get to the big game soon enough, but today brings us a true American icon… The Bald Eagle.
I have had the opportunity to photograph the eagle a number of times now, both locally as well as up in the Quad Cities along the Mississippi River. I was excited to hear that they were out in the Yellowstone area as well. The first day we saw one from a distance gliding around, but the second to last day produced a great opportunity.  We were heading back to our room towards the end of the day when we passed by a small valley.  A glint of white from the trees caught my eye.  Hoping I was right, I had Linda turn back for a closer look.

Did you see it? (having it centered in the picture makes it pretty easy, but against the full backdrop of the woods it was definitely harder to locate).  The shot above is a pulled back shot with the Beast which starts at 200mm so you can guess how far away this eagle was from the road.  However, This is exactly where the Beast shines.  Pulling the bird in to the full 400mm gives a MUCH better shot of this awesome bird.

And there it sat keeping a watchful eye on the surroundings.  I was actually shooting out the back window of the SUV trying to use the window frame to steady the lens.  The initial shots were producing a lot of blur likely due to the engine vibrations coming through the vehicle frame.  To adjust for that, Linda shut the car off.  that dampened it a bunch, but that distance just amplifies any movement

Heck, why don’t we just pull that shot in a little more!

Hit the jump to see more pictures from the set!