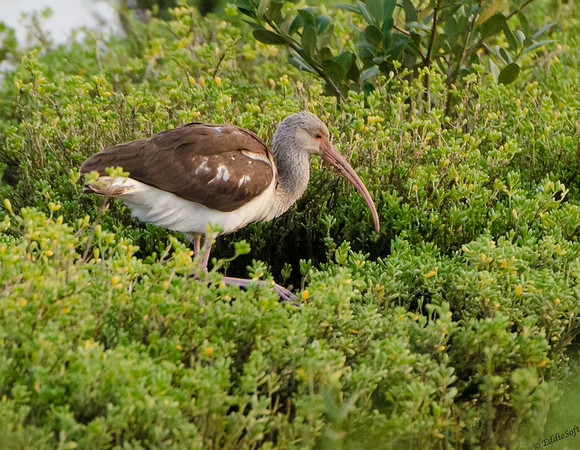 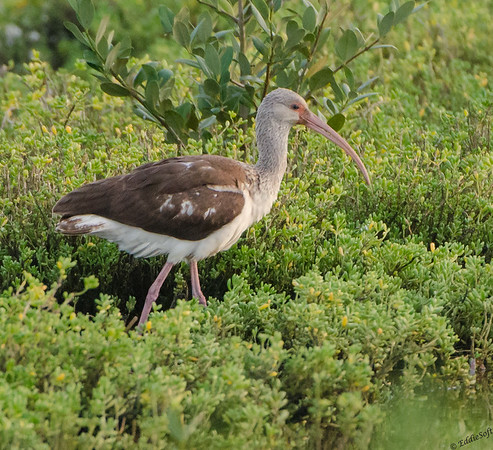 I’ve had the luxury of photographing a large number of White Ibises both locally and primarily on our trips down to the Texas Gulf Coast. Those captures have made their way to the blog several times (link here, here and here). Most of the time I focus on the mature adults in their brilliant white plumage that make their aquamarine eyes pop. Today I wanted to go with the juvenile plumage. Unlike the matures, the juvis sport brown hues on their wings and back which fades as it transitions through to the head. They still sport white breast feathers and leg drops. Note, the white underparts is the tell-tale field marking to distinguish it from the Glossy (link here) and White-Face (link here) juvis. 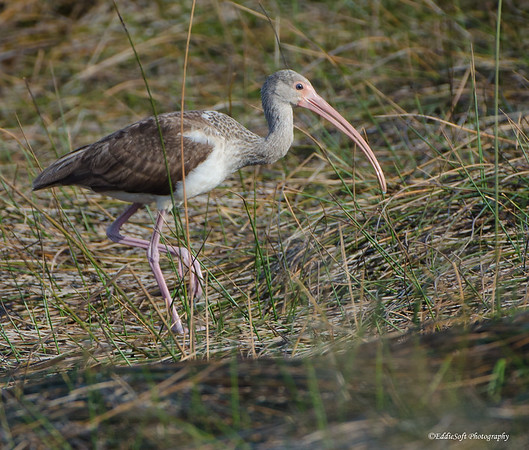 Now for the “proper design” part. The White Ibis probably takes a verbal beating in grade school thanks to the extra long protrusion (kids have a tendency to notice those kinds of things). The other birds may be laughing, but I assure you the insects and crustaceans sitting just below the muddy surfaces are NOT. I can’t think of a better approach for getting to their primary food source in the environments these Ibises hang. Admittedly, I have no explanation why a bird that hangs around in the muck matures into white feathers – they must have incredible laundry bills. 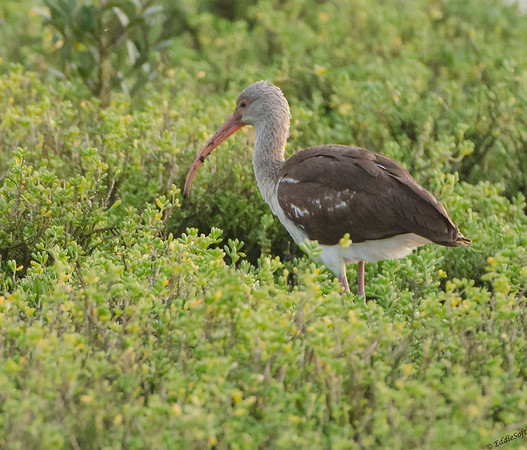 What I didn’t know before writing this post is the baby Ibises are born with straight bills. According to Cornell’s website, it takes a couple of weeks before the iconic curve develops in their bill. Just wait until those juvis find those water balloons online. I can imagine it now – sneak up on on Ibis poking holes in the ground, bring the camera to bear and right before you press the shutter – WHAM! Next thing you know your camera is covered in colored pieces of rubber and you are soaked through to your underwear. Wait, I just had an idea – Gatling water gun. Simply connect the hose at the top of the gun and as the barrel rotates around auto-load a balloon, open the port to let the water flow and then launch. Need to work out the details, but gotta go – patent department closes soon ha!