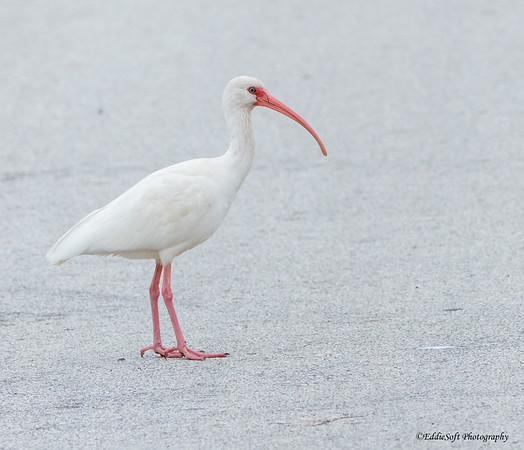 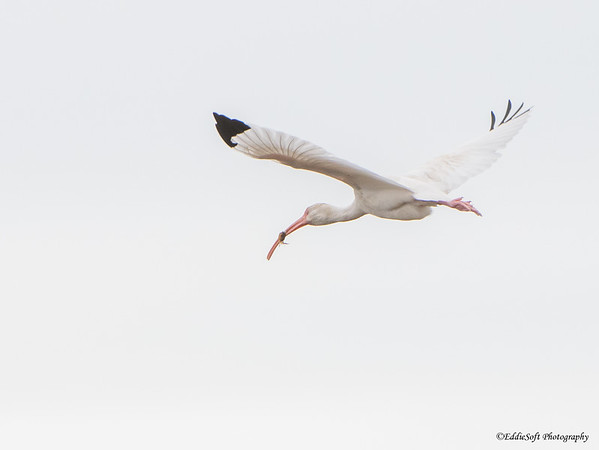 All of the shots in today’s post come to us from the very fine time of December 2017.  Ah yes, the good ol’ days when sheep were sheared and freedom meant something.  With the exception of the one in-flight shot directly above from Galveston Island State Park, all the rest of the photos were taken at Anahuac National Wildlife Refuge which sits along the upper Texas Gulf Coast.  Just an incredible place if you are into our feathered friends.  I recently learned from an article in Bird Watching magazine that Anahuac was ravaged by a direct hit from Hurricane Ike back in September 2008.   Credit to those who helped bring this gem of a refuge back to life. 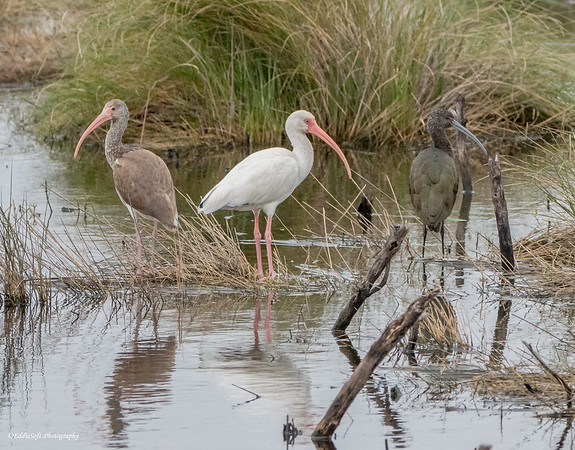 We were driving the auto-loop in Anahuac when I spotted the scene above.  Now there was a shot I had to get in the tin!  2 of North America’s Ibis varieties along with the uniquely colored White Ibis juvenile.  For those not familiar with this shorebird, the middle one goes without saying and from the last post you can probably guess a possible Glossy or White-Faced on the right leaving the White juvi on the left.  The White juvi’s are distinctively brown on top and through the neck and head.  Their bellies are white giving a hint to their future adult … say it with me … white plumage.  If you are playing the blog drinking game with the word “white” you should be at least a bit tipsy by now hehehe. 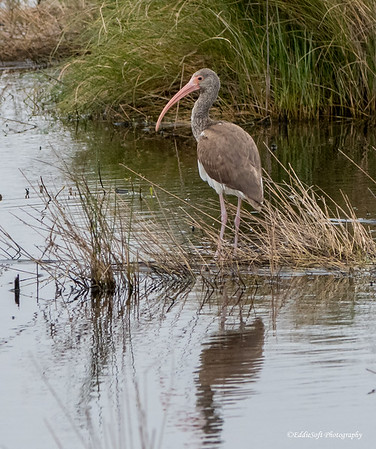 Their long bills are duller than their adult counterparts.  I also don’t think they have as brilliant blue eyes as their adult versions.  Wasn’t able to confirm this via Cornell’s site, but all the shots I have of them show a darker eye color.  Not the easiest to tell from today’s series, but the White Ibis has an absolutely beautiful light blue eye.  For reference, the White-Faced have red eyes and the Glossy has a dark eye.   While I am on the juvi, might also mention the slowly develop their white adult plumage and actually transition through multiple levels of splotchiness (a highly technical birding term) as they eventually complete the transition. 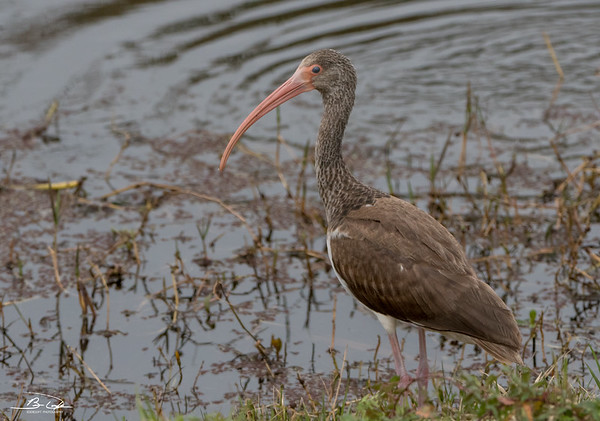 Okay, that leaves the last of the three specimens that day.  Luckily, I recently featured the White-Faced Ibis as I admittedly wasn’t sure at the time I was taking the shot exactly which of the two dark feathered Ibises (yep, I had to look up the plural spelling of that) this was. Note, for the curious, a group of Ibises are often referred to as a congregation, a stand or my favorite, a wedge … which immediately made me laugh as I instantly realized what the title of this post had to be. 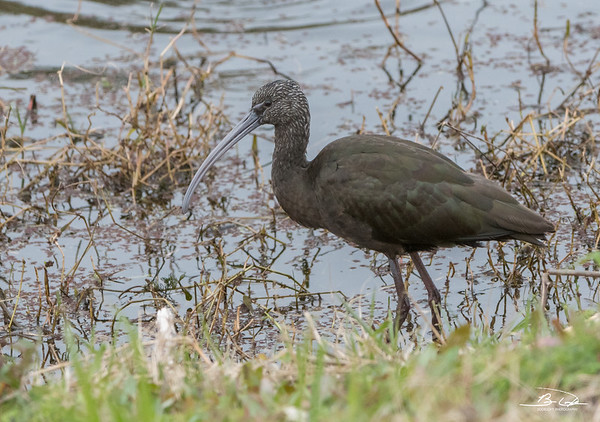 This is likely a juvi as well, as the Glossy and White-Faced are more metallic chestnut in their breeding plumage.  That leaves you with the primary field indicator I mentioned earlier – that being White-Faced have the red eye and the Glossy has a dark eye.  This can be difficult to tell if the light is not cooperating which leaves us with a more subtle indicator. The White-Faced have the outline that goes all the way around the eye and lighter pinkish in color where the Glossy’s outline doesn’t go all the way around and has a bluish hue. 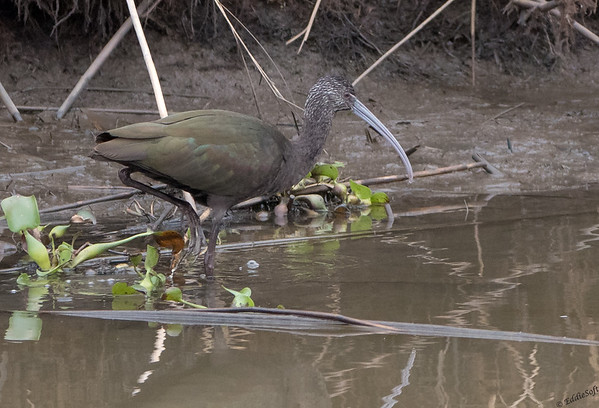 Based on the dark eye and the bluish tint of the outline in these shots, pretty safe to go with this being a Glossy Ibis juvenile.  There you have it from the two posts, all three species of the Ibis easily available to us and a special bonus of seeing the unique coloring on the White Ibis juvi.

I shall take a moment to breathe a huge sigh of relieve and call this both the end of the post and the close of the posts for July.. in the nick of time.  Hope you enjoyed see our long billed friend and looking forward to what August brings us.  Maybe our tax evading governor will come back to Peoria and give us another laugh by trying to scold us for not obeying him like he did today.