Burrrr, someone let the fire go out around here. Not sure what is going on with the weather as it his heading down to 44F tonight. Granted we are a mere 3 days from the official end of summer, however, I think we deserve a longer one this year as our fun in the sun months were devoured by that bastard pandemic. It also doesn’t help that I’ve been trying to save all of my vacation days for an end of the year blowout in a desperate attempt to salvage what’s left of this year (need to start filling that photo queue for the upcoming 2025 blogging season hehehe). Lemons into lemonade, at least the threat of another heat stroke during the training runs is eliminated. In honor of the cooling temps, going to stick with the winter shoot from the last post. 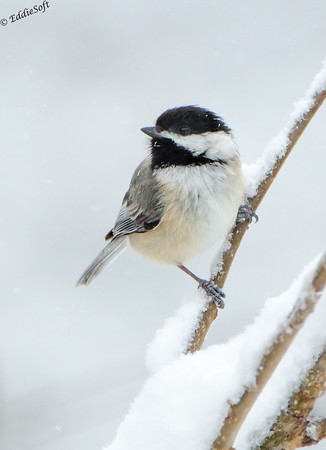 Hit the jump for a couple more shots of the Black-Capped enjoying winter.

On the same snowy day I was taking the shots of the Northern Cardinal, this little Black-Capped Chickadee was frolicking in the flurries. I was looking through my post history to see what I’ve said in the past about these Black-Caps and was stunned to learn that I really haven’t featured this species in the thirteen years I have been blogging. Kind of shocking as they are very abundant in my neck of the woods and from a bird perspective very tolerant of humans. Note, for the historians out there, I did feature this bird back in 2008, but those pictures are so horrid I don’t even count it – if nothing else these days, I’ve progressed in the photography hobby enough that you can tell the subject of the image is actually a bird ha). Now its other family members have had their day – the Mountain came to you back in March (link here) and the Carolina made its debut back in March 2019, latter from our Georgia birding trip (link here) – oh, prayers and best wishes to those in the path of Sally – be safe down there!! Sure, there’s been a smattering of shots of the Black-Capped in broader collections, outing summaries, general feeder hauls and end of vacation chef choice posts – but never one that put the spotlight on Mr. Black-Cap. Tonight we are correcting that oversight and bringing you a few (very few) shots so those of you in the southern part of the US can get to know our black, white, grey with a bit of buff friend. 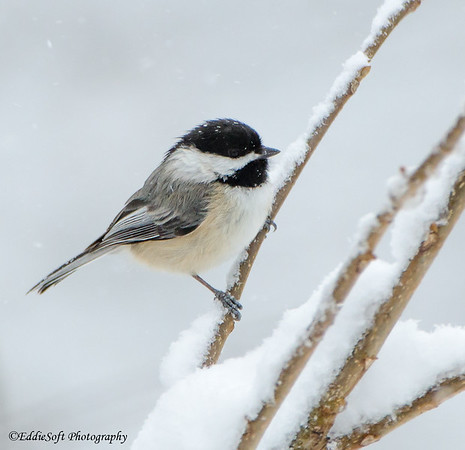 I haven’t spent enough time with the other species in the family to know if this is a universal trait or not, but if there is one thing that stands out with these Black-Capped Chickadees, it is how fearless they are in the field. Unlike a lot of the yard birds, this little bird has no problem hitting the feeders while I’m standing right next to them. Over the years I’ve played a little game betting on what bird would be the first to take seed after I’d finished cranking the filled feeders up the pole. Would it be the Titmouse, the Nuthatch or the House Finch that will throw caution to the wind and be the first to dig into the tasty black oil sunflower seeds – nope, learned to always bet on black as they are typically the winner 99.9% of the time. The Titmouse and the Nuthatch will take longer to perch near the pole and then dart out halfway before returning just to see what my reaction is going to be – none of that with this Chickadee – it boldly goes without hesitation. They are not a feeder eater – land, grab and head back to the nearby limbs to enjoy the food in privacy – that and assuredly to taunt the other birds that are to chicken to go all the way to the feeders while the human is nearby. 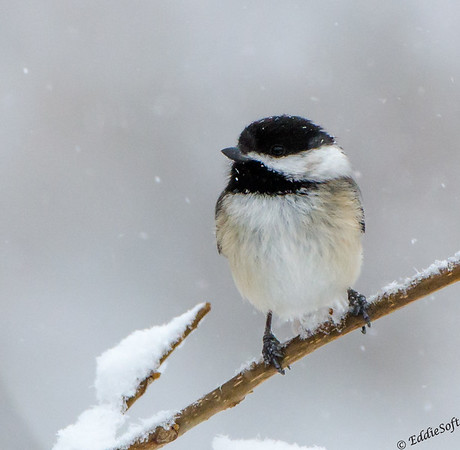 The Black-Capped Chickadee has an easily identifiable call sounding like their name “chickadee dee dee…” Once you hear it few times you will be able to associate it quickly to the bird sight unseen. One of the interesting things is Warblers tend to hang out with the Chickadees – possibly due to safety as the Chickadee does like to announce to the entire woods when a birder comes into their territory. During migrations, Ron and I always take special care to hunt down any Chickadee calls to see what interesting Warblers may be hanging out in the area. How about a few other interesting tidbits before calling it a night. Let’s see, according to Cornell, the more “dees” in the call, the more danger there is. Chickadees are seed hoarders, hiding seeds in various places to consume at a later time (primarily those times Bri is on vacation and the feeders go empty). I’ll leave you with this last tidbit from Cornell. “Every autumn Black-capped Chickadees allow brain neurons containing old information to die, replacing them with new neurons so they can adapt to changes in their social flocks and environment even with their tiny brains” Seems like Chickadees and I might have something in common – whiskey – not the tiny brain part ha!

Stay warm everyone and hang on to summer just as long as you can.

2 thoughts on “Autumn is Coming, Get the Whiskey”