Linda has been bouncing off the walls for months and getting downright irritated with all the Covid crap.  She is newly retired and not happy her grand plans of spending every weekend in the dog agility ring have been shredded.  Poor Raven rips off a page on his 365 puppy a day calendar until he sees the word Friday.  He grabs that page in his teeth, jumps on the bed, takes a big lick on the back and sticks it to Mom’s forehead and points to his leash and collar.  “Time to go compete Mom, now get your ass out of bed and load my stuff into the RV and say goodbye to the alpha male.”  Watching Linda try to explain Covid to a recently turned 6 year old self-centered Poodle is pure comedy.

Well folks, today Raven’s demands were fulfilled!  Yep, the first agility trial has now been greenlit.  Linda can finally run off all that pent-up stress.  Not expecting much as Raven is probably pretty rusty.  The best part of this….plenty of time to get caught up on my posting. 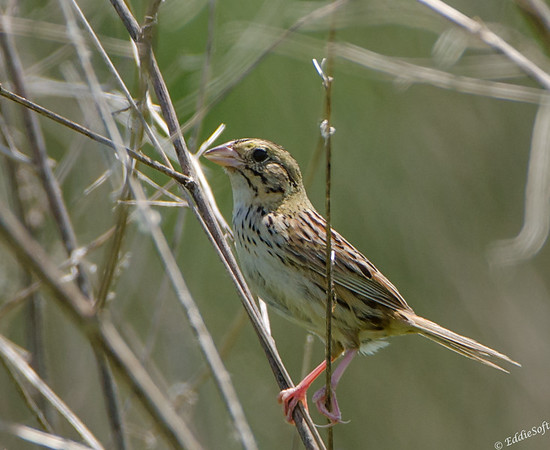 To celebrate Raven’s first run in several months, thought I’d go with a first for myself.  During an  image processing marathon a few weeks back I came across a series of shots from a birding trip to Glacial Park Conservation Area back in May 2018.  For those not familiar with this location, it sits about 15 minutes away from Chain O’ Lakes State Park in Ringwood, IL.  Ron and I usually spend the morning birding Chain and then make a run over to Glacial to finish off the day.  Although they have similar settings as Chain, it tends to have a better draw of prairie and wetland birds. 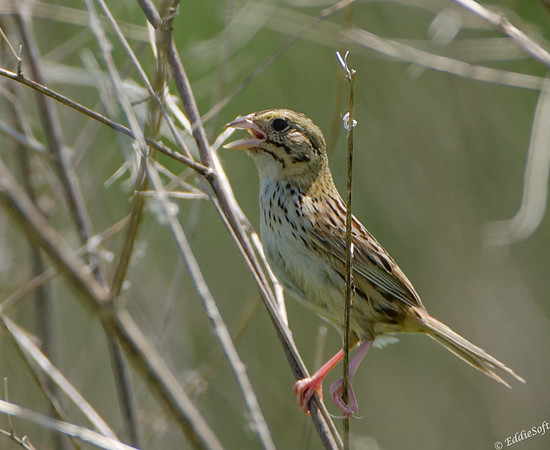 Hit the jump to learn more about our rather olive looking specimen.

If you recall, Ron and I managed to find the Sedge Wren there (link here) as well as the Marsh Wren (ended posted on the Texas sighting of the Marsh instead of the Glacial – link here).  When it comes to Glacial it is always wise to give those little brown jobbers (Wrens and Sparrows) extra scrutiny.  So when our featured specimen came through the digital darkroom it garnered a couple more seconds of viewing before tossing it into the “just another Sparrow” bin.  Those few seconds gave me time to notice the extra amount of olive coloring adorning this specimen. 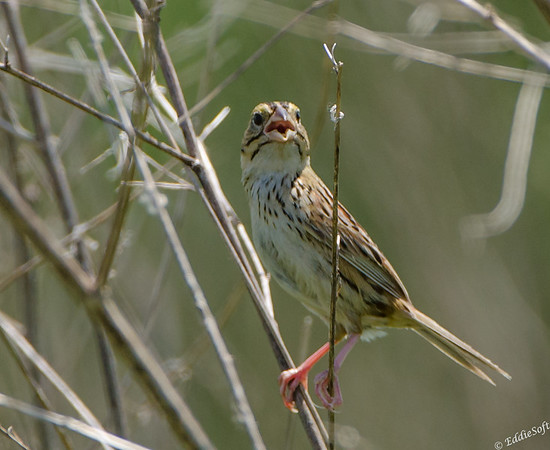 Now that was interesting – off to the reference books!  Thanks to the abundance of species in the Sparrow family in this country, it turned out to be quite an exercise in page turning.  Finally honed in a similarly colored reference shot of a Henslow’s Sparrow.  A quick check of the bird list confirmed what I pretty much already knew – click the counter folks, we have ourselves a new check on the list. 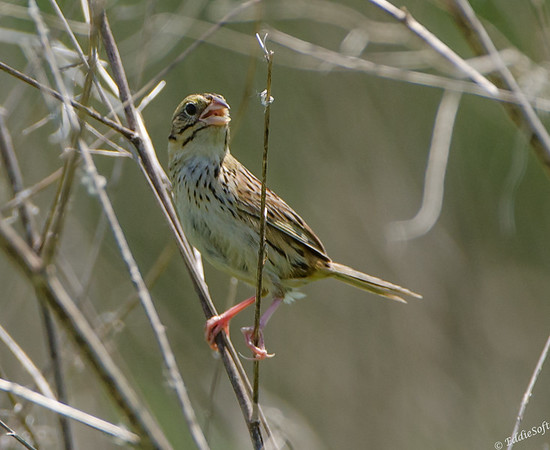 Sure wish I would have recognized what this bird was while out in the field.  Would have spent a lot more time getting to know it, experiencing its call (of what little it has) and getting a feel for the characteristics and behaviors.  It did captivate me enough to take several shots – most of the time Sparrows get a few shutter clicks in acknowledgement before back on the hunt for something more interesting.  It was really those extra angles that helped seal the ID. 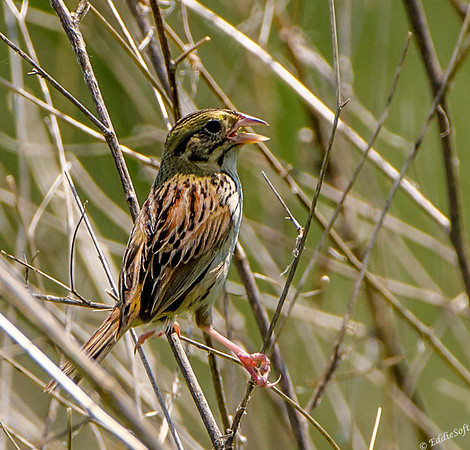 If you notice on the back, it tends to have a veil of an olive wash which is very unique to the Sparrow family.  That wash along with the matching buff along the lower breast and sharp black lines are good ID characteristics visible in the field.  Now add in the long pink legs and you should have no problem spotting these Henslow’s in the field.  It is known for its short “spikey” tail, however, not one of those characteristics that really stand out in the field – especially in the midst of all the brush and vegetation they like to hang out in. 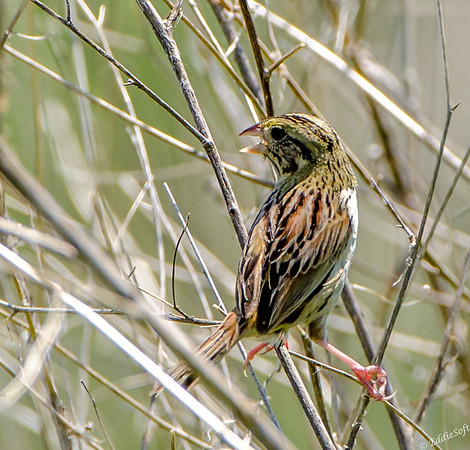 From a region perspective, these Henslow’s are pretty particular.  They spend their breeding months in Illinois, Indiana, Ohio – then a bit into Iowa, Missouri and Pennsylvania.  As soon as the cold comes a creeping they head directly south along with the rest of the human snowbirds in their breeding territory.  You would think being a native Illinoisan I would have had it in the tin by now.  In my defense, Cornell did mention it was a very secretive bird.  Add to that they actually prefer to move on the ground more than fly makes them even harder to pick out in all the brush.  This one popped out briefly to check us out before heading back in to forage. 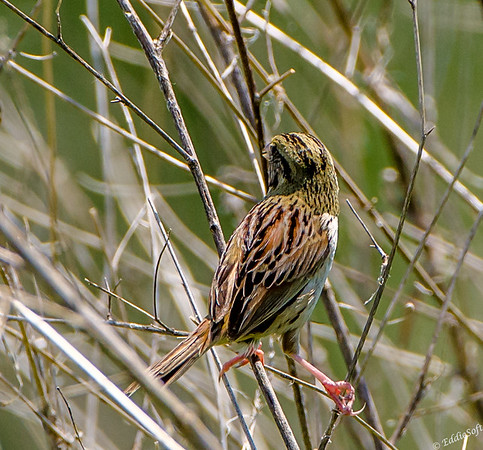 To be honest Ron and I thought we had heard of these Henslow’s during another outing.  Rather amazing as they have according to Cornell – “the simplest and shortest song of any North American songbird, a thin tze-lick that David Sibley has described as a ‘feeble hiccup.'”  Came up empty trying to locate the source of the hiccup during the first encounter – managed to rid a large section of prairie of ticks though – did I mention Ron detests ticks hehehehe.  Anyway, super stoked to get this bird in the tin.

Now off to watch Raven in the ring.

8 thoughts on “Awash in Olive”