I must be going bird crazy.  Not only did I break all protocols with the last post, but here I am doing it AGAIN!  As with the last post, this one also comes from a shoot only a couple of weeks old – the developer solution is still drying on these shots.  Today’s featured bird seemed like a logical bookend to the recently presented Black Tern. 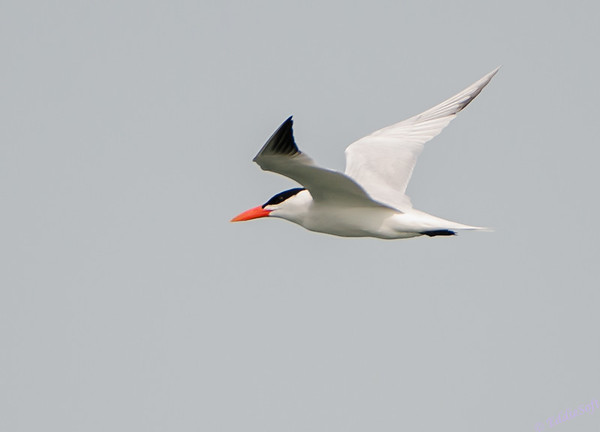 Yep folks, that is another Tern I get to add to my Birding Life List.  Specifically, this is the Caspian variety.  Pretty sure there’s a set of these in the tin from North Carolina, but these particular shots came from two other locations.  The first time I encountered them (other than NC) was at Emiquon National Wildlife Refuge in Havana IL.  That place has been very very good to me producing +1 after +1 almost every time we make the trek down there.  Truthfully, the first time they were shot was a bit of an accident.  I had taken a number of frames of a Gull while there because quite frankly.. I shoot anything that is moving (always remember the golden rule). 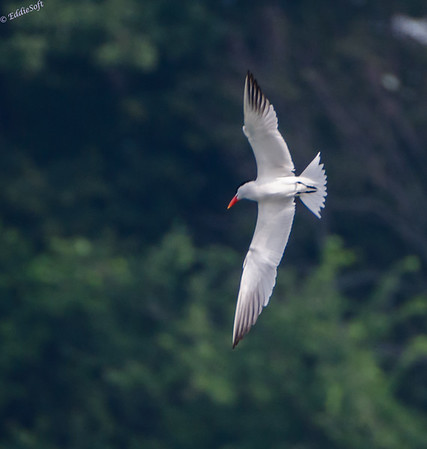 Hit the jump to read a bit more about the Caspian and see a few more pictures.

A day or two later a report came out there were Caspian Terns hanging out at Emiquon.  That was odd, I didn’t see anything other than that one Gull.  Curious, the digital darkroom was paid another visit to see what might have made it into the tin.  Gull, Gull, Gull, Not a common Gull, not a common Gull, Gull Gull …wait.. what was that?  That was definitely not a common Gull – it was in fact a Caspian Tern.  There is absolutely no logical explanation for this.  I was tracking a standard Gull for multiple shots and then poof, it was swapped out for a Caspian.  A couple of shots of that and poof, it was swapped back for the same Gull.  Weird, very weird, but hey, it was in the tin at least. 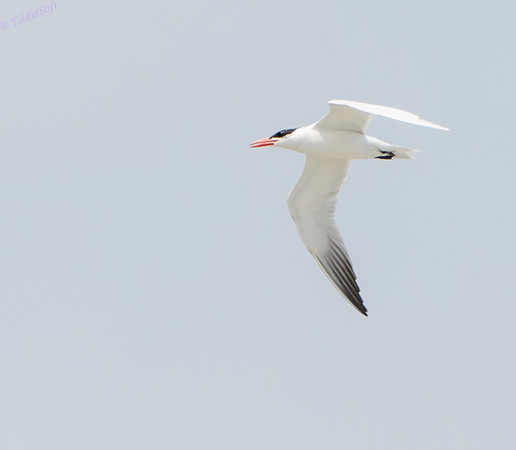 My brother Ron and I ended up heading back down there on another weekend to see what they had to offer.  There were Black-Crowned Night-Herons down there he still needed for his list.  I’ll save that whole story for another post but let’s just say we had the entire place to ourselves and we made good use of it.  As luck would have it, both the Herons and the Terns were there allowing me to get much better shots.  These last three shots were from that session. 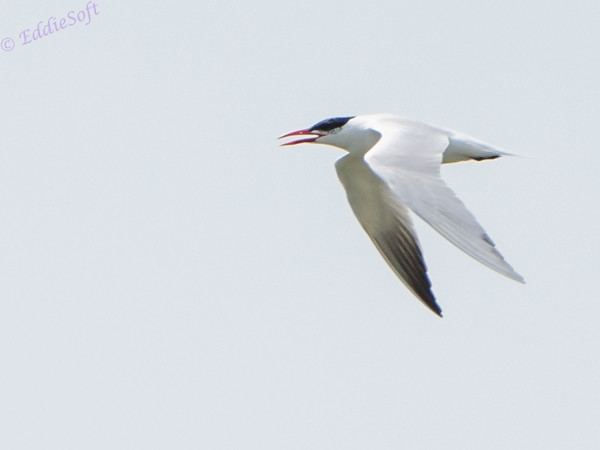 The other shooting location was at Independence Grove in Libertyville IL.  Linda was up there running Rizzi in an agility show – that translates to Brian needs to find something to do for the morning.  That something was to check out the Grove to see what kinds of birds they had to offer.  From an overall outing perspective, that whole outing ended up being a total bust with the exception of 2 minutes.  That is when a Caspian flew over my head and did a couple of loops around the lake before heading off into the sunrise.  The first two shots on this post were the trophies for that 2 minutes.  I did think the shot below was quite intriguing.  A little midflight scanning for potential food in the waters below. 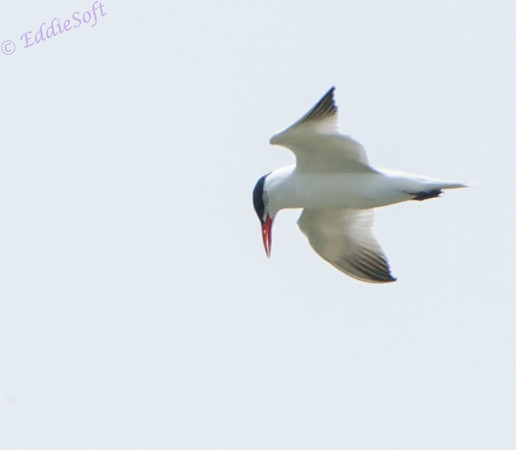 Whoa, out of pictures already!?!  Time for a quick jump over to Cornell to see what interesting facts they may have to share.  The Caspian is actually part of the Gull family – did not know that but looking at them I probably should have suspected that.  Their regions are pretty sparse compared to most of the birds featured here.   They basically list IL as a migrating region preferring to Winter in Central American and Summer in a few parts in Canada and a smattering of locations in the Pacific Northwest.  Uhhhh, Ron better just pass over this little tidbit. They are aggressive defenders of their territory even to the point of causing bloody head wounds on unwelcome humans.  Ron better reconsider that no hat policy of his.  They are primarily fish eaters – plungers apparently.  That’s about if folks.  These last couple of birds have been woefully undocumented on the usually fine Cornell site.

Well, just noticed the Warriors is on the TV so better go take in a few minutes of one of my favorite shows and go nighty night.  Hope you enjoyed this new bird on my list.

2 thoughts on “As the World Terns”