Just sitting here relaxing a bit before tomorrow’s race. Giving the ankle one last rest before strapping on the Nimbus’ and walking to the bottom of Brady Street hill in Davenport Iowa for my 18th running of the Bix 7. Quite shocked the weather gods decided to take pity on us and give us some decent temps for a change. One of my faithful readers mentioned in a comment she was familiar with the race and noted the winners usually hail from Kenya (or Ethiopia). Don’t be fooled, they are all training at top tier schools in the US. It is true, they definitely dominate the podiums at this race, but typically they are not prepared for the humidity that accompanies this race (as well as the Steamboat Race in June link here). I am always surprised to see how hard they are having to push themselves as they are returning up the 2 mile hill as I’m coming down – yes, I’m at around the 2.5 mile mark and they are heading into their 5th mile. An elite road runner I am NOT! My speed days are long past replaced with the fun of grinding out ultra distances. There are not that many road races that interest my anymore, however, the Bix was the first race I ever entered and hands down it has the BEST post race party of any event out there. Linda is from Davenport and told me about this race when I was looking for something to fill the gap when I hung up my gi.

Good weather, a course completely lined with onlookers cheering us on (yes, even the slow ones like me), a distance that should be a walk in the park for me and a great afterparty – can’t think of a better way to spend a Saturday. Oh, did I mention that Linda participates as well – they have a two mile option that takes you up the .8 mile long steep hill at the start and then directs you back down at the next block. Wish us luck!

In honor of the stress free Bix distance, thought I would feature a real “walk in the park” for today’s final post of the month.

Hit the jump to see this small collection of shots that normally would have gone straight to the archives.

END_OF_DOCUMENT_TOKEN_TO_BE_REPLACED 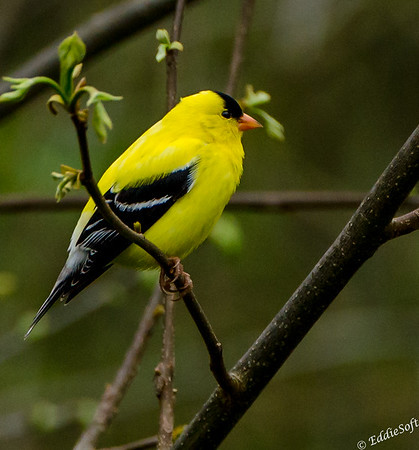 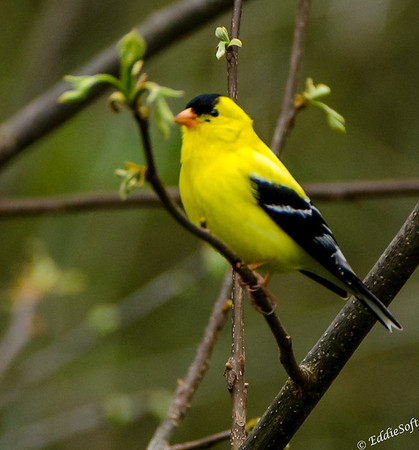 END_OF_DOCUMENT_TOKEN_TO_BE_REPLACED

Continuing the bonus posts this month, thought I’d bring you a few shots that will help you think about Spring … as if you were not already in the mood after Mother Nature put up a whopping 77 degree day this week already (yeah).  Nothing represents a change in seasons .. oh sorry, guess I should use climate change instead .. than seeing the dull Winter feathers give way to beautiful color.

The Purple Finch vs House Finch has always been a tough identification.  My go to characteristic is the streaking on the belly.  The House has very defined streaks where the Purple for the most part lacks the same definition.  The purple also has a more pinkish hue in my opinion.  Based on that, my choice for the shot above is the House.  Opinions to the contrary are always welcome.

Next up on the color spectrum is yellow.  Specifically, the American Goldfinch all decked out in its banana costume.  This image makes me chuckle every time I see it.  Chillin’ on a branch, shades on, hat pulled low – Raptors have nothing on this dude in the cool factor category.

If there is one bird that can rival the brilliance of the Goldfinch, it has to be the Indigo Bunting.  I swear that blue can be seen in the dead of night.  Over the last couple of years, these Buntings have been increasing their presence at my feeders and usually spot one or two on each of my runs in the Jubilee Park.

Hit the jump to see a couple more crayons in the box.

END_OF_DOCUMENT_TOKEN_TO_BE_REPLACED

If you would been around LifeIntrigued headquarters today you would have seen one very panicked owner tearing his hair out.  Things were going so well and we could see the end in sight for Project Chekov.  Just a couple more posts and the featured birds were already worked up in the digital dark room and ready to go.   Just a little bit more work and pop that bottle of Moscato…. and then the wheels fell off.  I went to research some details on the Yellow Finch which was the targeted featured bird of the day.  A few clicks later and a dash for the reference books informed me that there really IS NOT a Yellow Finch.  They are really named American Goldfinches.  Since I’ve been a little kid I’ve always referred to them as Yellow Finches – WTF.  Hell, they certainly are not Golden – they are YELLOW.  Panic, sweating, shaking .. was this all for not!?!

Then it hit me, there may be a way out, but it was going to take some digging to find TWO shots out of the entire collection of Yellowstone National Park shots taken last May.  There was a chance encounter with a bird – a fleeting moment I was able to capture in the tin.  An hour or so later I was staring at this:

Every photographer has a few shots that he or she will look back on with a huge grin on their face.  This is one of those for me.  We were with our friends (Dr. Giselle and David) on a trail coming back from photographing a waterfall.  All of a sudden an intriguing bird flew in our direction and landed on a nearby branch.  Instincts took over, the Beast was pressed into action, settings manipulated in a flash of an eye and the shutter was pressed.  I had time to press the shutter one more time and that bird was gone baby gone.  If you haven’t worked with big glass before you probably do not understand what a miracle it was to get a single crisp shot under those conditions much less two.  Based on the coloring, I was pretty sure what it was at the time but made a mental note to get back and verify it as soon as possible – that mental Post-It-Note must have flown off on the way back to the car because I forgot about it until today.  The yellow word was a double reminder for “Yellowstone” and the “Yellow” bird that we found there.

A little bit of digging in the reference book brought a huge sigh of relief from me – sure enough it was Yellow-Rumped Warbler.  Now that was close – a 5 second encounter on a trail out in the Wilderness had saved nearly a month long project.  For the curious, this appears to be the Audubon variety based on the strong yellow marking on the neck and missing the white eyebrow.  It was located in their Summer/Migration spot so guessing it had just arrived being that it was May when we were there and still pretty cold in the area.  All I can say to that bird is thank you thank you thank you for a brief but project saving encounter.  Oh, and of course another check mark in the birding list (technically there was a poor shot while covering a previous Yellowstone shot but we’ll consider these better shots as the official sighting).

Hit the jump to read about the originally planned featured bird