Greetings all! Apologies for the extended time between wildlife posts. Currently in a bit of a struggle thanks to a decision to upgrade versions of our primary digital darkroom tools – Lightroom and Photoshop. Long time users of those products on our local desktops, we were hesitant to make the jump to the newer offerings thanks to Adobe’s decision to shift to renting their software (how many times do I I have to buy that damn software). Being held hostage for the right to use their software doesn’t sit well. After significant discussion, we decided to make the leap to subscription choosing the Classic version of Lightroom so that would at least behave similar to what we have now – or at least the thought.

Completed the downloads which took overnight thanks to rural connectivity. Insert my soap box about software houses and their disregard for low bandwidth customers. Thanks to last month’s exploration there was greater than a terabyte of data I wanted to get banging on. Natives are getting restless with how long it takes to get my captures out and was hoping to turn a new leaf. 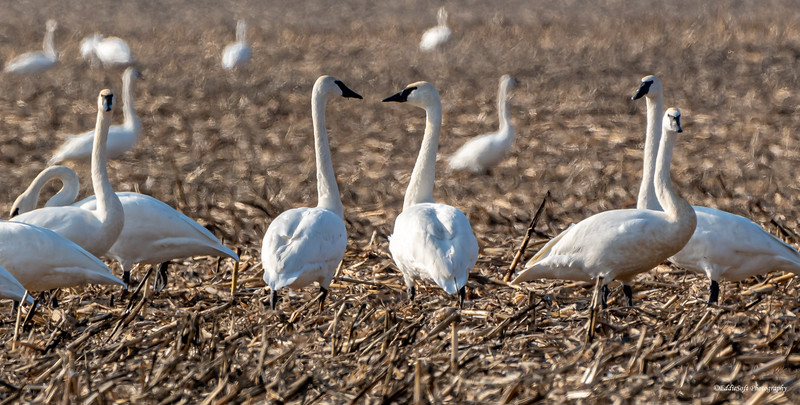 Hit the jump to learn the background of our featured feathered musicians.

Then absolute frustration set in. Took the first small batch of images and loaded them up in the new Lightroom which proceeded to crash my entire system – WTF. Thought I was retired and next thing I know I am right back battling software issues. Brought it up again and started my diagnostic tools. Sat there and watch the program leak memory like a sieve as I toggled from image to image. Processed an image, sucked up memory – would expect some of that, exported the image sucked up more memory – would expect some of that and then moved onto the next image – memory leaked and then it started the cycle again until Lightroom lost its mind and then a few minutes later crashed my system. NOT PLEASED. Literally brought each of these images up, processed one at a time and then closed the program so I could get through the set. More investigations needed, but for now enough complaining, let’s talk some birds! 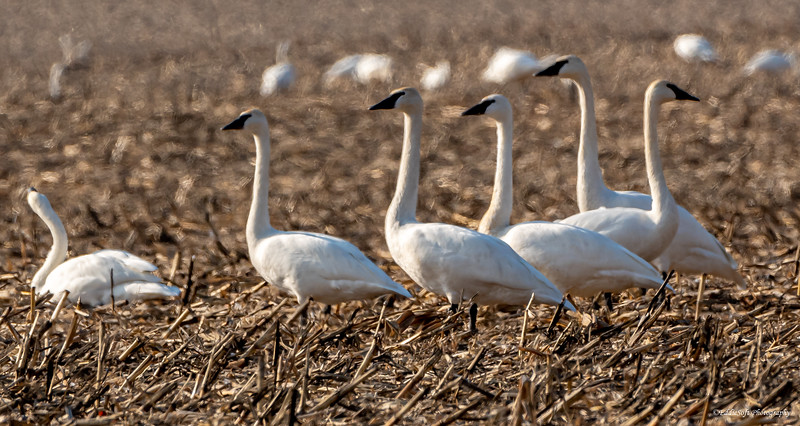 First a bit of background. Think I might have mentioned this previously, as a little retirement gift to myself, picked up a new camera body. Was hoping a newer version would come out and eventually got tired of waiting and pulled the trigger. The plan was to make it the primary during the January exploration. Took a quick trip down to Emiqoun National Wildlife Preserve to get comfortable with the new controls. Most of the controls were carried over from the old body limiting the training to the new or changed features.

Those shots were absolutely awful. It is critical that the settings can be adjusted quickly and without taking the eye off the subject. The old body had become an extension of my hands – the new one felt more like mechanical gibberish. Fumble, shoot, view, sigh, adjust configuration, fumble, shoot, view, sigh louder, relook at old body settings, adjust the configuration again … rinse and repeat for hours.

Got the bird on the wire settings mostly dialed in and went to work on the bird in motion arrangement – more frustration. Trip was just a couple of weeks away and the results were concerning. Clearly need to take the old body along just in case the comfort level didn’t drastically increase. 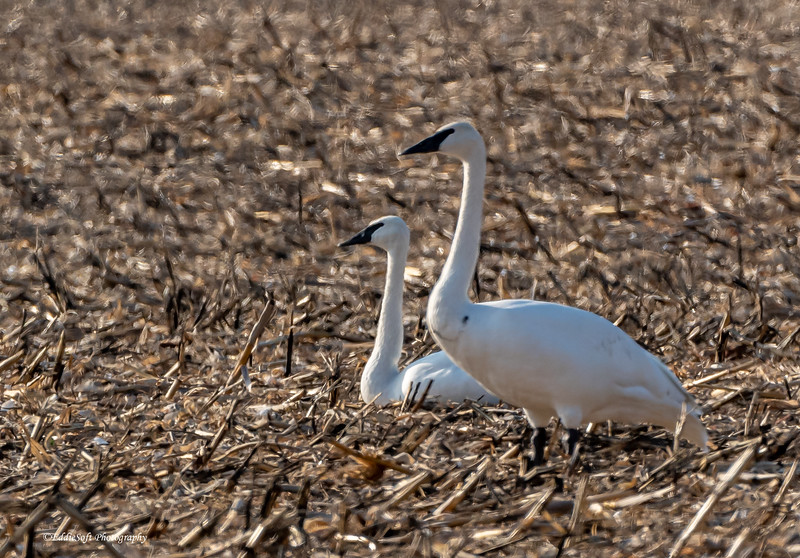 Okay, now for the specifics on our featured feathered friends. First, you have to give me some credit as these were taken in December 2020 which is like yesterday for this blog ha! We were heading back home – me grumpy, Linda just glad to be out of the house. Outside of Canton, IL we passed a field loaded with Trumpeter Swans. Guessing about 30 of them spread out across a picked field very near where we encountered a banded group back in March of 2014 (link here).

Gave Linda the signal word we have for “I see a bird, pull over immediately so I can jump out and get it in the tin” – you can tell why we use a key word, we’d be a mile down the road if I had to get all those words out in the throes of excitement. Being the sane one in the family, she checked the traffic conditions and safely got us to a nearby pullout. Jumped out and starting snapping some shots. Still struggling to get anything sharp in the tin – good thing there wasn’t anyone around as I was weaving a tapestry of profanity. The mother Trumpeters kept giving me a disapproving brow beat. 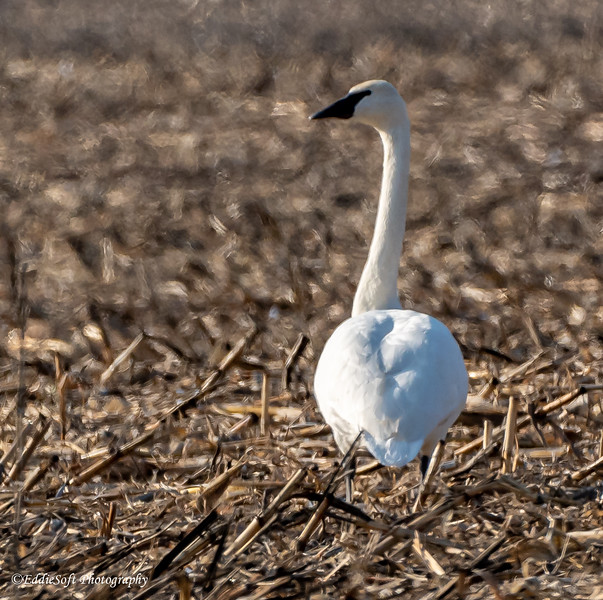 Took me awhile to figure out what was going on. This happened to be the first sunny day after several cold and overcast days (which is why were out in the first place). Those conditions were causing some nasty heat foils off the field. The Beast was struggling to cut through. Decided to go with it and see what happened. Trumpeters are rather rare in the area and wanted to capture the moment. 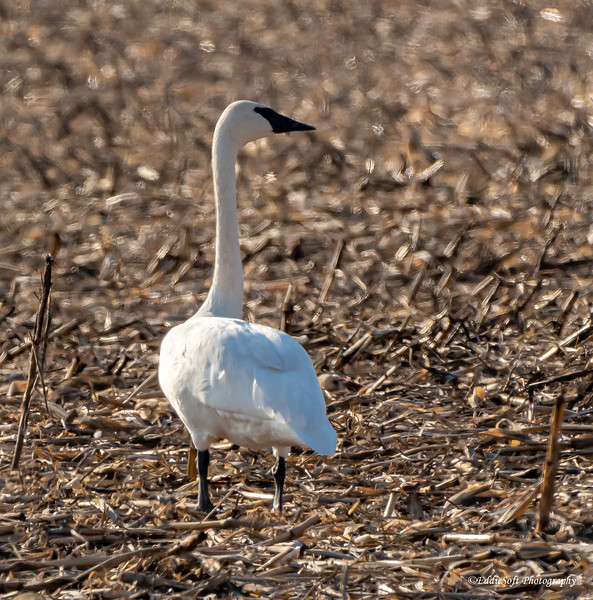 Clearly not as sharp as I (and likely you) wanted. Playing around with the new controls in the new Lightroom, decided to go with a more artistic flair … more of a fall/winter painting treatment – embrace the imperfections if you will. One of our favorite photographers Rick Sammon has a saying “One out of focus picture is a mistake, 20 out of focus pictures is a style”. Welcome to my Golden Trumpet style.

Bear with me while I get this software problem wrestled to the ground. The good news is I’ve been going through the trip pictures and it looks like there are plenty of blog worth shots (guessing ~5 +1s) – practice makes perfect and the 26,000+ shots that were taken certainly gave plenty of repetition.