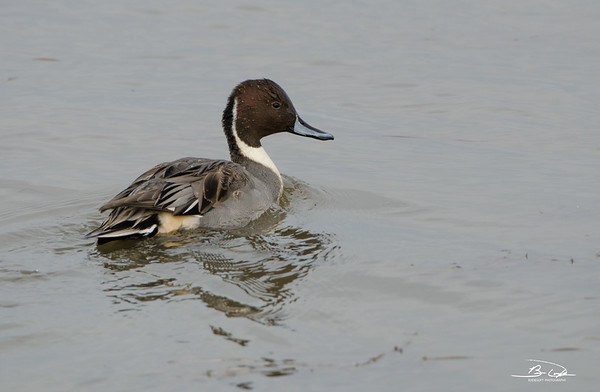 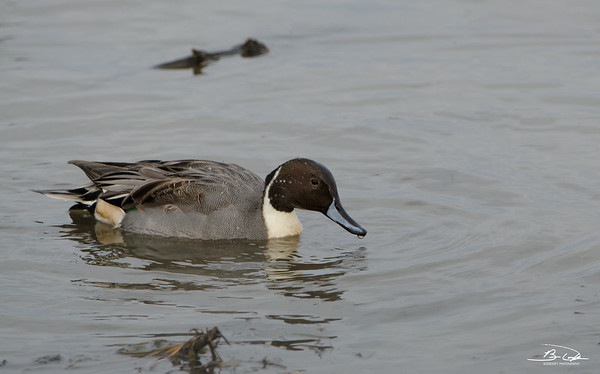 Now the Pintail happens to be one of those ducks that prefers to simply pass through our broke state preferring to spend its money in fiscally responsible states to the north and south. It employs most of Canada and our northern border states for breeding, but then heads down to the southern half of our states and into Central America to ride out the snow months. As this was November, our specimen wasn’t showing off its breeding feature that gives it its unique name. If you want to see shots of the actual pintail feature, check out my previous posts (link here and here). 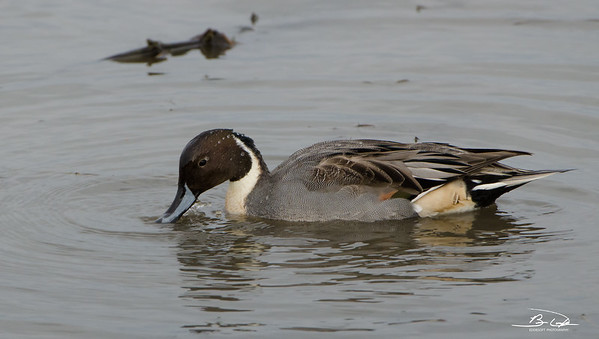 As noted before, this is the male. The female Pintail doesn’t sport the same stylish coloring preferring instead to embrace more of a mottled look with a tan head and limited white adornments. The males will also flash a smart looking green highlighted speculum – always catches me off guard as I tend to forget that color element as they never reveal that secret on the water. The females and eclipsed males will sport a more bronze coloring in that area. With both genders, their sleek lines and slender profile give them a missile appearance as they gracefully cut through the air – especially when their breeding tails are in which balance out that thinnish bill. Pintails are rather social ducks and generally mingle with the other inhabitants when out and about on the water. For those of you that like to experience the entirety of the bird, here is the back view showing the fine white lines down the sides of the neck and the buff coloring alongside the primary tail feathers. 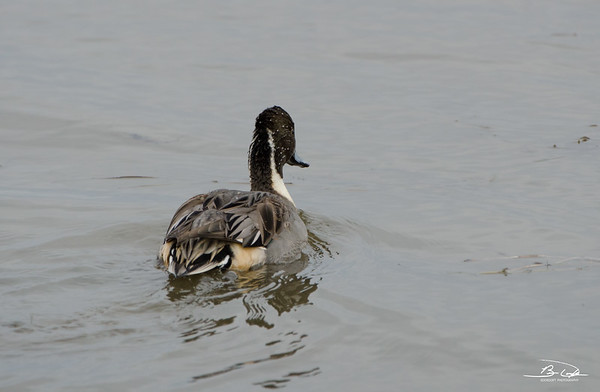 On the cool facts front, Cornell notes they migrate at night and can reach speeds up to 48 mph (and people still wonder why I am not a fan of wind farms). Also noted that our friends in Europe get to experience these ducks as well – wonder if they have a different name than ours… hmmm.

Well friends, that is a wrap. Hope you enjoyed the extra production this weekend. It was a relief to get through the Kaufman recollection as that takes extra effort and I was able to pop a few more birds off my ever-building queue. Until next time – take care and with all the recent news about the big tech news suppression – ask yourself one thing “Who watches the Watchmen” (poignant today as it was the day I saw that in my favorite graphic novel back in my college days – soooo many moons ago.

9 thoughts on “Have You Some Grey Poupon?”