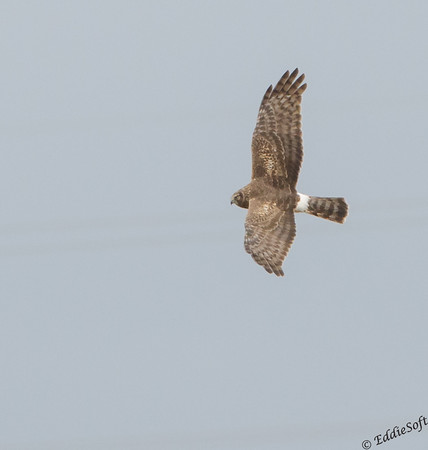 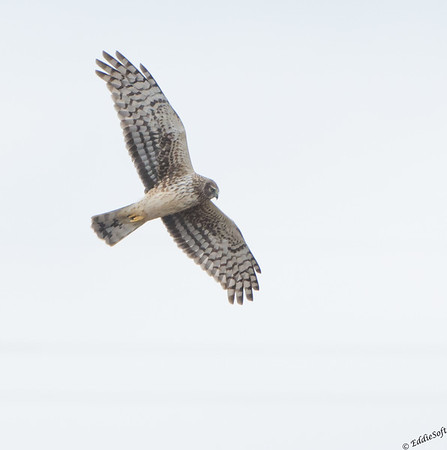 The other reason I really like Harriers is they are relatively easy to photograph. Although not as stationary as the Herons you saw previously (link here), their hunting system takes a lot of the guessing game out of photographing a bird off the wire. They will circle like standard birds of prey as they scan the ground for potential victims. They often will follow pretty predictable circular flight patterns which brings with it the standard challenges of trying to lock on the focus especially while hand holding large glass. However, if they find some unaware victim, the will stop their circling and simply hover over the target. 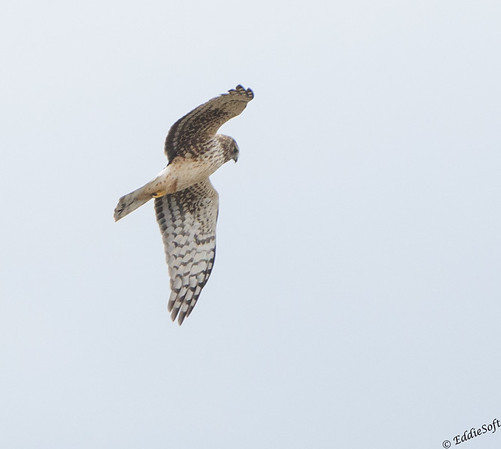 It is absolutely uncanny how they can look like they are hanging in mid-air intently focused on the ground. Must look like the Angel of Death from the rodent’s perspective should its spidey senses trigger enough to look up. By that time it might find itself impaled on razor tipped talons. Was curious why I have never seen them hauling off their kill and did some quick searching – according to Cornell, Harriers eat on the ground, although not stated, assume this excludes those times when it is rearing young. 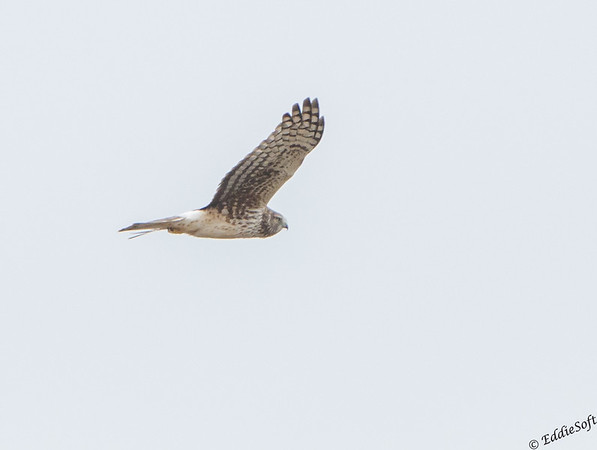 This first set of shots, including the one below come from Galveston State Park. This specimen was quite far off taking all the reach The Beast had to offer. Would have liked to get you finer detail in the bird, but the crop enabling you to actually see what the bird generally looked like took a lot of that crispness out. If you are wondering, the Northern Harrier is very accessible regardless of whether you are in the Canada region, where they do most of their breeding, or in the US down into Central America where they spend their winters if not year round. If you see a bird that looks like it is painted in the sky by happy happy Bob Ross, then you are likely looking at a Harrier. 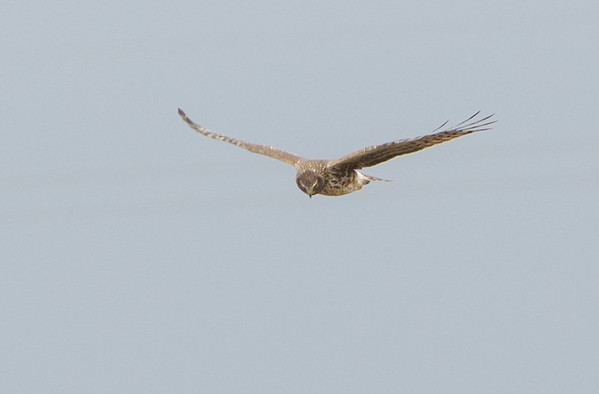 The good news, if you really want to be sure, there’s an easy way to do that if you can get a view of the topside of their bodies. They have a white rump patch that should be very visible – again, as long as you can catch that part of their body. Beyond those easily distinguishable traits, they are slender built, have a flatter profiled face and a nasty hook on their bill for tearing flesh. Their tails are long and rounded at the end typically sporting some banding which I find more discernible from the top – most of the Harrier’s I have come in contact with show more of single banded tip of the tail from the underside which is the more typical angle to see. 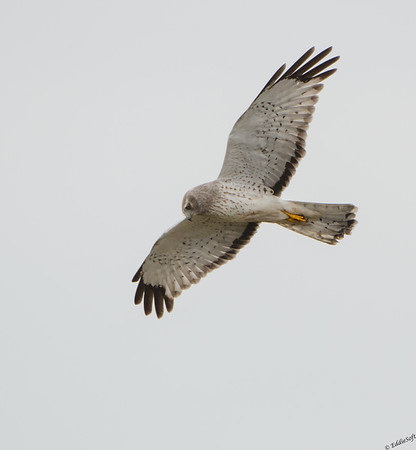 As you can tell from shot above and below they do sport black wingtips which nicely outlines their overall whiter feathering from below. Cornell notes that males are grey above where females and immatures have a browner palette. Immatures are also more solid buff compared to the more streaking seen in the females. Based on the reference images, I’d probably go with both the specimens included hear as being females – the male references looked significantly greyer than these. 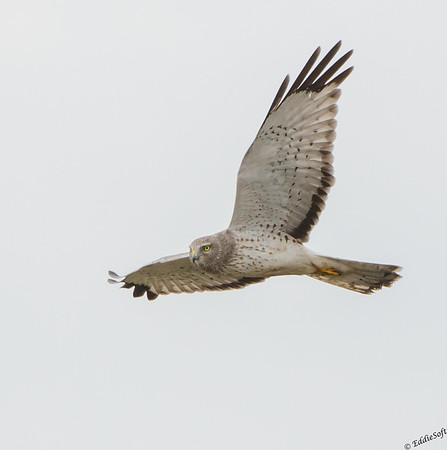 Just as a final shot, here is the rump of the specimen in the last two shots which were taken over the marshes of Anahuac National Wildlife Refuge. 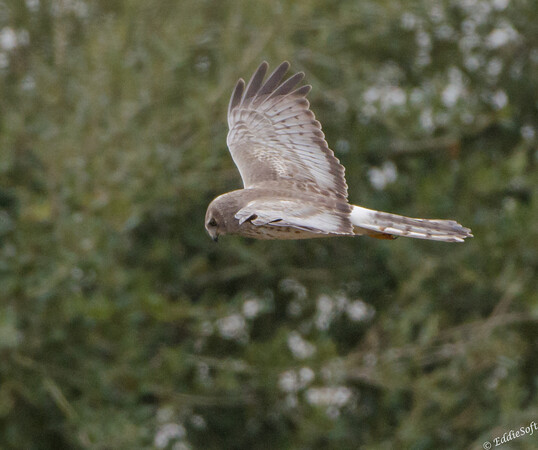 I probably do not talk about Anahuac as much as I should. It is a bit out of the way from everything and if you take the wrong path to get there, you will find yourself circling all the way around it to get to the entrance (very annoying the first time we went to the point we almost gave up). However, once you get there, you will not be disappointed. There are multiple elongated ponds you can drive around, boardwalks for nice Warbler hunting and then full access to the Gulf if you didn’t get your fill of water and shorebirds from the drive around the ponds. It is sure to check off a lot of Texas centric birds if you haven’t made your way down to that region yet.

I should probably let this go now and tend to the fluids, check on the staples and attempt to extract the tail between my legs – looks like another long year of training if I’m not back in form by Fall when the next possible 50K race is held – regardless, the Cry Me a River race redemption is already written on the race calendar for 2020.

4 thoughts on “The Angel of Death”