It has been a whirlwind for us since we headed out on our trip to Lake Tahoe last Thursday. I think we pretty much hit every weather condition we possibly could have starting out with Midwest heat and nonstop rains on our way to the airport. Landed in Reno for a cold shot to the system as it was down in the high 30’s low 40’s which gave way to low 30’s, rain, sleet and golf ball sized snowflakes for our stay at Lake Tahoe. Reversed those weather patterns on our return back to the broke state of Illinois which put the weather cherry on top with today’s tornado warnings. Fortunately, it was a small bit of tribulation that was quickly replaced with jubilation as the targets of my trip are safely in the tin! Oh, and my nephew, Ron’s son, Matt successfully tied the knot with his wonderful bride Anna. Before I get to the Tahoe prizes, I need to finish up the Georgia Trip back in May 2015 that has been consuming the blog output as of late. Being through with the series shots, thought I would go ahead and just give a blast of other birds that caught my eye while out on the hunt. 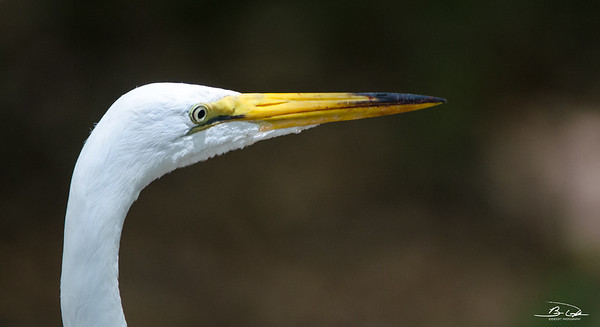 Will be light on the commentary for this collection and let you simply enjoy a variety of shots. Think I mentioned this in a previous post, but the Skidaway Island State Park employed this Great Egret as their “Walmart Greeter”. As we pulled up to the visitor center, Wally here came right up to the driver’s door, looked around the inside of the RV, looked me over a couple of times and took a few steps back to let us proceed. Grabbed The Beast and did my best to get a shot – so close I had to pull all the way back and still barely got the head in. 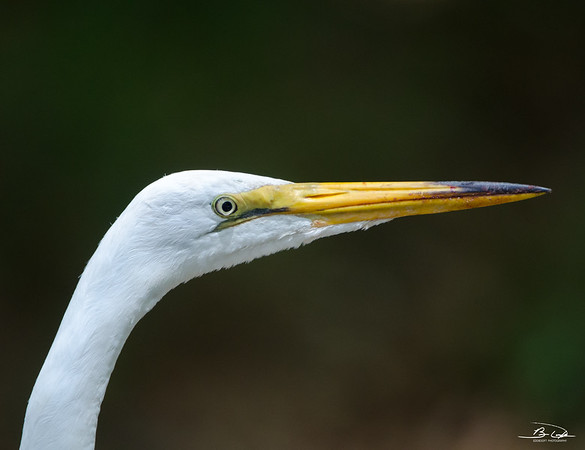 Hit the jump to see a variety of other specimens from the Georgia birding trip!

Next up re some shots of a Red-Tailed Hawks. These large Hawks are very common in our parts and therefore not given a lot of attention on our birding trips. This one looks to be one of the light morphs – still given away by the reddish tail. 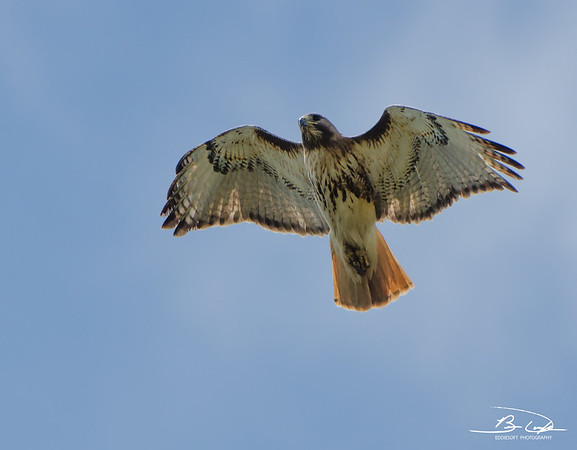 Another shot of the same bird, this time out of the direct light which allows the distinguishing tail to retreat a bit. 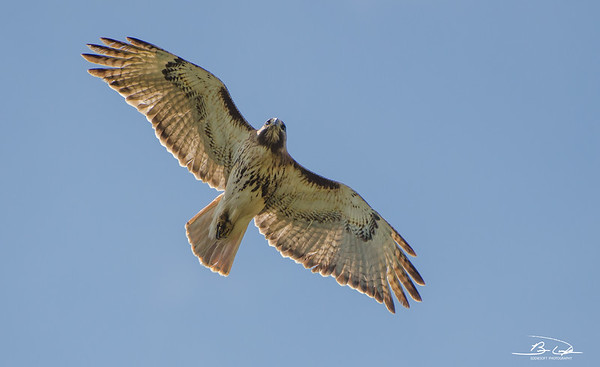 Contrast that with the darker morphs in the shots below. Same tail, but as you can see, the underwings are significantly darker and more pronounced hoods. These two were doing a bit of aerial combat with their weapons of war on full display. 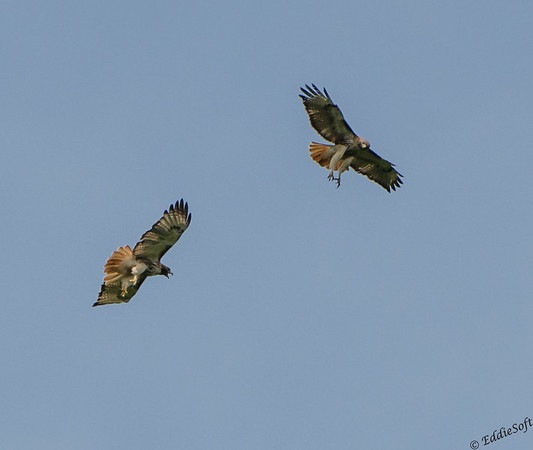 Eventually one tired of the engagement and relented the skies to the victor who took a well deserved victory lap before tucking the claws back in and returning to the hunt for less deadly prey.

The spot where we found the Painted Buntings (link here) ended up being a popular bird hangout. This female Cardinal was busy showing off her newly fluffed punk haircut. Usually those crowns are a lot fuller and more smoothly angled into the back feathers giving more of a triangle look. I call her Sheena the Punk Rocker. 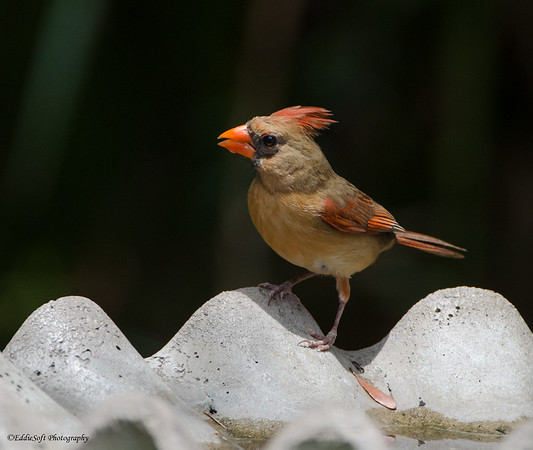 I also learned that Northern Cardinals down in Georgia don’t take crap off of the larger Blue Jays. I watched this female and her mate viciously attack a Jay that wandered into the area looking for a quick dip of its own. After watching it play out 180 from my experiences at home, turned to a local birder sitting next to me and inquired if that was normal. From his perspective, that was the standard behavior and was surprised to hear how submissive the Cardinals are in my neck of the woods. 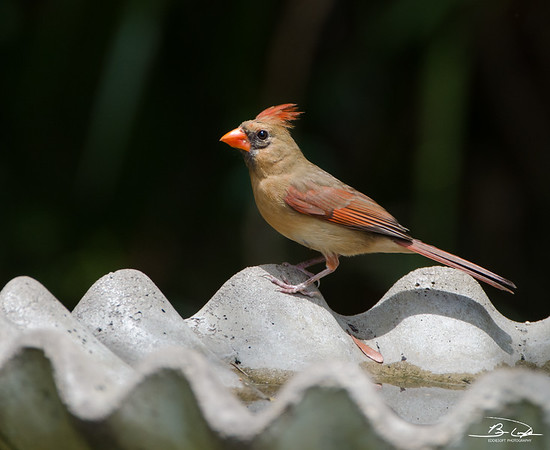 It takes a lot for me to take the effort of photographing Canada Geese. Linda and I refer to it as the Bison Effect in recognition of typical Yellowstone National Park trips. When you first get there you heat up the camera internals taking shot after shot of the previously rarely seen Bison… flash forward to the end of the trip and you’re like “Eh, another damn Bison”. With that said, there are still times when the setting looks too pretty to pass up.

Add in a newborn and next thing I know Linda is making fun of me for wasting precious birding cycles on a bird that would move into our house if it had the opportunity. 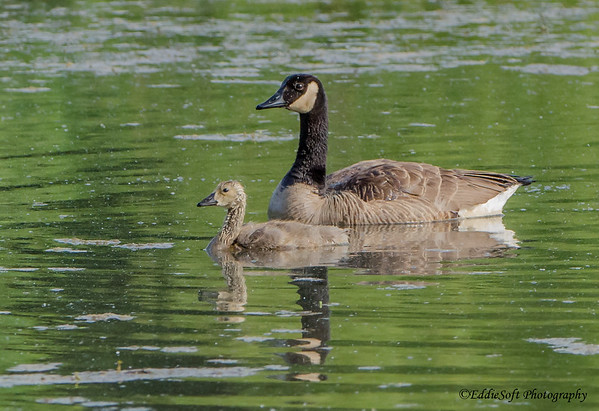 Seems to be an explosion of Turkey Vultures as of late that is starting to rival the Goose population. For some reason they keep circling over my head during my training runs – perhaps a sign. What we do not get very much of is the Black variety. Those tend to hang out further to the Southeast of us. Thought it was fitting this one was sitting on the banks of the Alligator infested swamps more than eager to help finish off anything unfortunately enough to fall victim to those prehistoric killers. 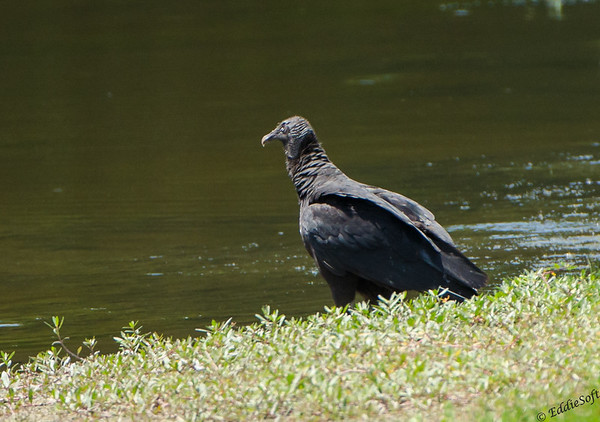 Added this shot primarily in recognition of Linda’s help in getting it in the tin. We were outside of Georgia coming around a dangerous curve when a flock came out from under a group of trees. That marked the first time I had ever seen one of these dealers in death forcing me to exclaim our secret code word for stop the car immediately. Linda, always the voice of reason chose to ignore the command and proceeded through the corner paying no apparent heed to my displeasure. She did agree to go back once there was a safer place turn back allowing me to get another shot of the +1 at the time (note the voice of reason – a definitely plus to have around). She even managed to slow down enough to allow me to get a several attempts which saved me as the first burst of shots turned out total crap – Thanks Linda! 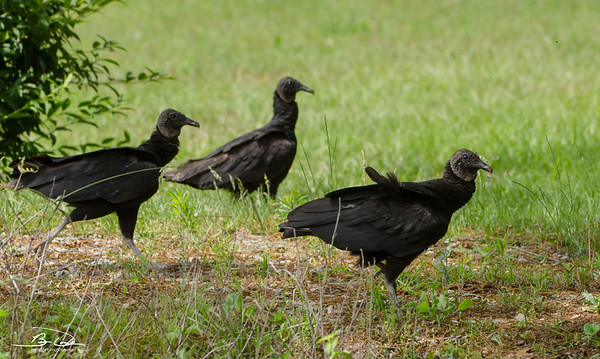 How about a Spotted Sandpiper. 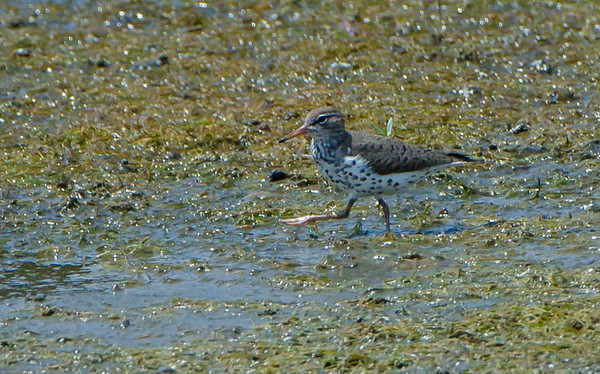 One of the easier shorebirds to ID thanks to the fact that they..well, they have spots – once again thankful for a name that gives some clue to what the bird looks like,

Thinking Mr. Spotty here might want to hunt down a birdbath after walking around in the muck of that Georgia swamp. At least the extra grime ended up paying off for the little guy (the bird, not so much whatever it managed to find) 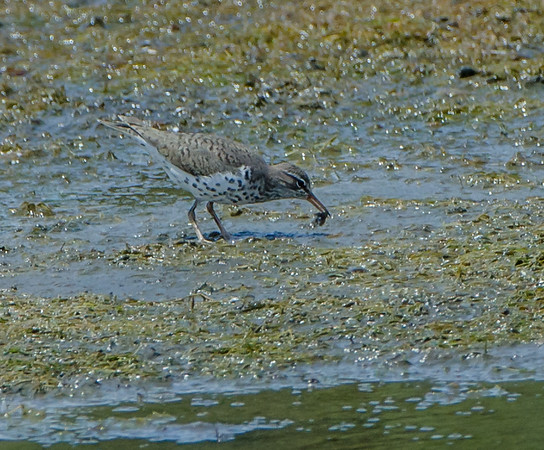 Might as well add another perspective for Ron’s benefit – pretty sure he has this one though.

Back to a much more common bird, the House Finch. Not sure on the international front, but the House should be easily accessible for anyone in the US or Central America to check off of their list. Except for an intriguing line basically splitting the continental US in half and an odd gap in Florida, this bird is probably there with 20 of its closest friends to say goodbye as you leave your house and greet you upon your return owing to its name … or maybe not on that name thing ha. Note the dark streaks on the breast which distinguishes it from the Purple Finch.

Like so many birds, the female doesn’t flaunt the colors of the male making it extremely hard to distinguish it from the females of other species. Your best chance of getting these females ID’d correctly is to spot them with their colorful mates. 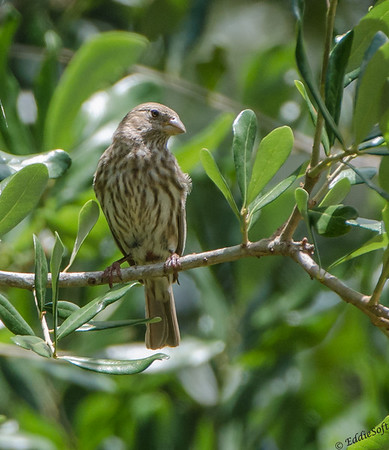 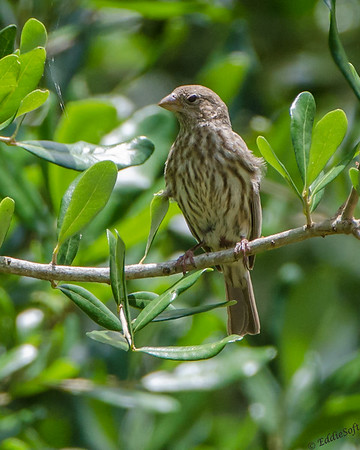 Next up, a camouflaged shot of the chattiest bird you will come across while out in the field. Pretty much refer to them as the local danger alerter as they will launch in a flurry of piercing sound regardless of how quiet you try to approach their location. Not a big deal since Killdeers are a dime a dozen, but the commotion they raise pretty much eliminates all other birding opportunities in the area. The shot reminds me of one of those magic pictures you have to stare at until the image pops out. 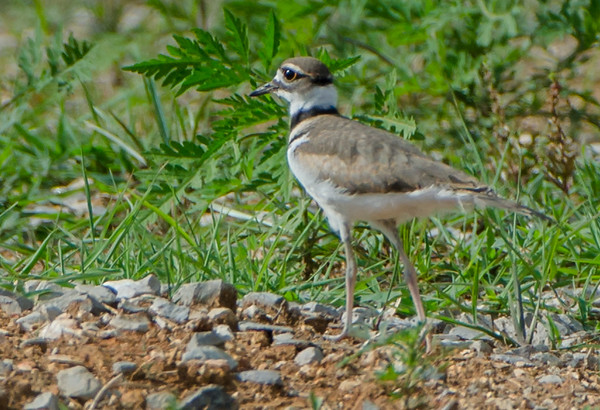 Better wrap the first part of this post up. Will leave you with a shot of a Red-Bellied Woodpecker in tribute (and tease) to the recent trip out to Lake Tahoe. 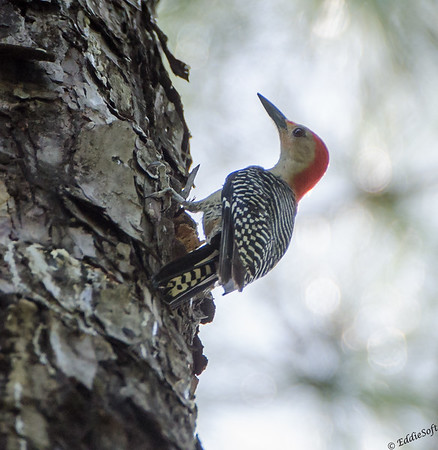 One of the target birds for Tahoe was a species of western Woodpecker Ron already had in the tin thanks to a previous trip to California. I found it ironic that heading out there to attend his son’s wedding allowed me to chip away at the list gap hehehehe. Stay tuned for a second burst of birds from Georgia.