We are officially in December now and thus time to walk over to the big counter on the wall and reset the monthly post quota back to zero – by the way, where the hell did this year go!?! I have single digit days left at work to get this year’s work efforts wrapped up and set the preliminary plan for 2019 before the holiday starts … sigh feel like a race I’m never going to get ahead of. However, on the bright side, I can tell you where a large portion of the year went thanks to crossing off one of my annual goals tonight.

Anyone who follows either of my blogs know I spend my spare time bathed in sweat chasing down Father Time and running from the Reaper. During my Birding and Blogging talks this year I mentioned the reason I run (and lift) is so I can spend all day in the field hauling around big glass in hopes of taking pictures to display in my home gym to remind me why I work out – my circle of life. Always elated when I can check off a goal, let’s celebrate with some pie! 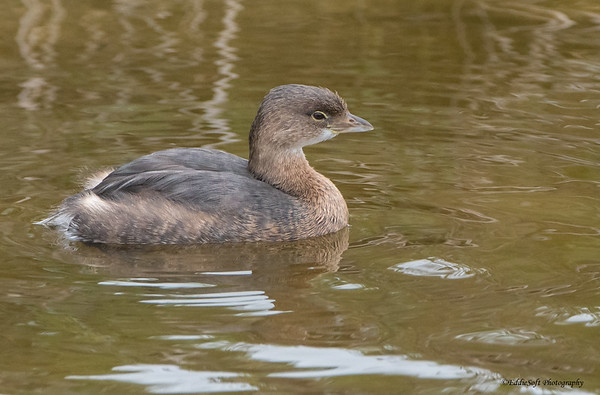 Well, maybe not the pie you were thinking of. This here is the birder’s version. Actually, I took some liberties here – this is really a Pie[d]-Billed Grebe. If you live anywhere in the US or a large swath of Canada, you have ample chance to get one of this cute creatures in the tin. It is a rare outing when we do not come upon the Pied on one of our water excursions. You might have to keep your eyes open for reasons explained later, but they are probably there hanging out in small groups or more likely solitaire.

Hit the jump to see some cute picture of the Pied-Billed Grebe! 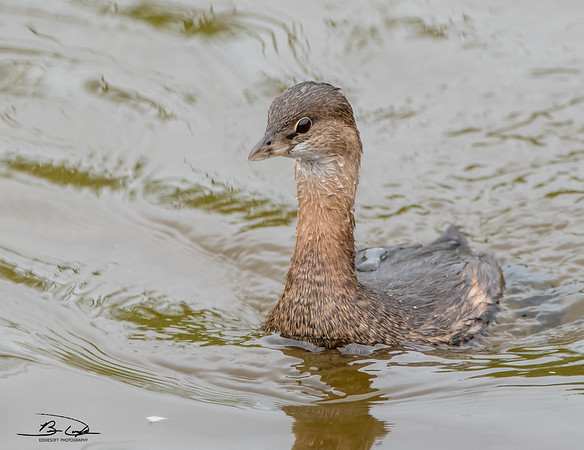 This particular specimen comes to us from Padre Island Bird Viewing and Nature Center on the Texas Gulf Coast. We were there just a few days ago at the beginning of the year (holy crap did I mention its December already?). I generally like to get down level with the birds to provide a more interesting perspective. Unfortunately… wait, let me take that back .. Fortunately, the Birding Center consists of an impressive set of boardwalks that allow you to explore the marshes without getting wet, muddy and as you will see in upcoming posts … eaten. This limits your ability to get the desired low angle on your subjects. Better picture… eaten…. better perspective… dinner … immersive shot … missing appendages…..shots to put up against your wife’s in the next photography competition … gator bait. It’s a difficult debate, but after rationalizing this out loud opted for the safer shooting position. Note, recommend that you do not having these kinds of personal debates out loud – people start to look at you funny. 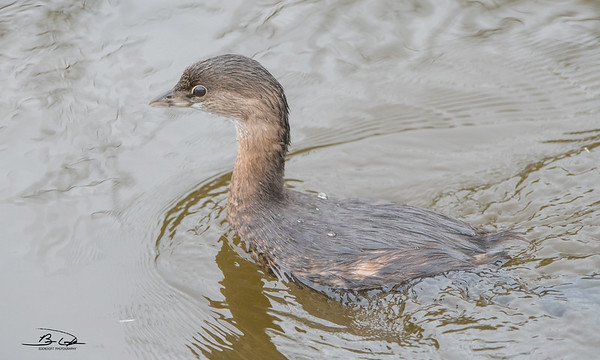 As a result, these shots have a pretty high angle to them. Still cute in my opinion, but it does seem to compress the bird a bit. There are advantages to the elevation with this particular bird. They tend to ride low in the water especially if they sense any danger. Take a look at the first shot in the series and you will see them riding high. The reduced viewing angle gives a clue that this particular shot was taken far enough away and there wasn’t too much concern from the subject. Now take a closer look at the shots after that – especially the one above. 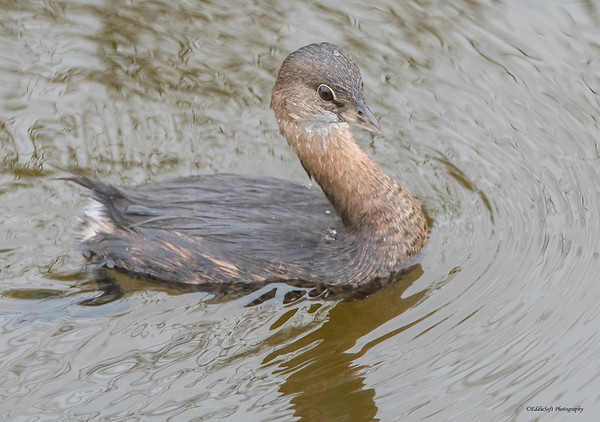 Hopefully you can tell this particular Pied is going low-rider style and a lot closer to the boardwalk. It was keeping an eye on me (or more likely its reflection in the glass) and might have been concerned a loud band was going to come out of the barrel. Come to think of it, it just might have been very aware of how dangerous those waters get around the walkway and trying to simply figure out a way to join me. Luckily these birds are exceptional divers. The Pied will lower themselves in the water to provide a quick escape for any dangers that might be upon them. They can even trap water in their feathers to vary their buoyancy similar to submarines. A well designed creature. 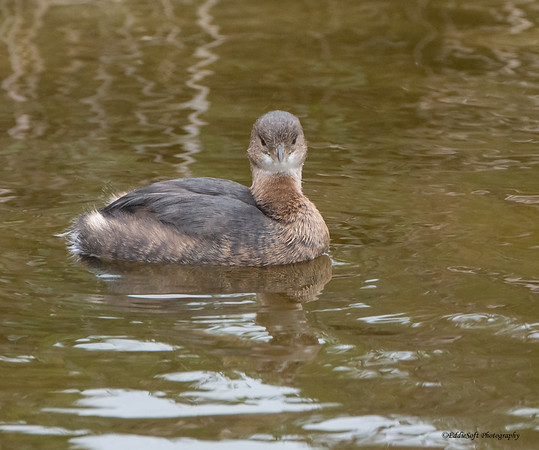 …if not a bit creepy looking when viewing directly at them ha! (a characteristic held by a large number of birds – for example take a look at a Green Heron straight on and you can kiss a nightmare free slumber goodbye). Shift the angle a bit and these posers take on a completely different look – adorable.. Work it for the camera, give me that smug “I’m a better swimmer than you” pose… 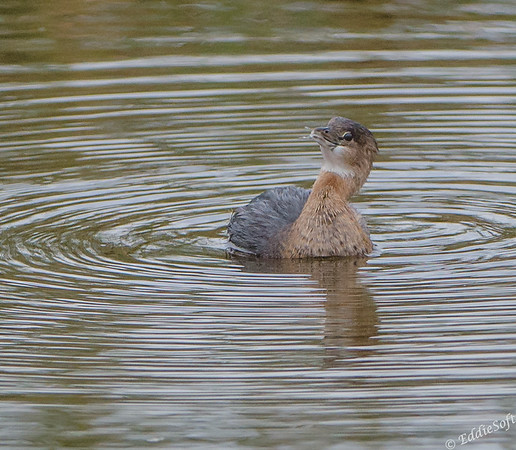 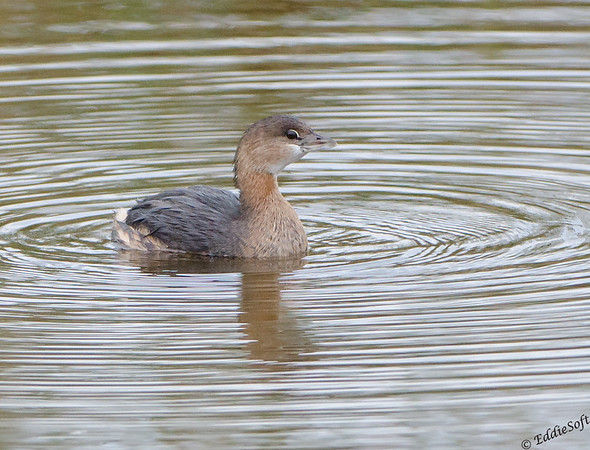 True to this year, I’ve made it to the end way to fast. Was having fun and bam, no more pictures. I promised earlier to tell you why you need to keep your eyes open to see the Pied. Already mention they can vary their buoyancy allowing them to float with just a portion of their head showing, but they also have legs that are positions very far back on their torsos giving them the ability to quickly propel through the water. You might see them dive, but don’t be surprised when they surface on the other side of the pond only to quickly dive again and show up in a completely different spot. All features come at a cost. The rear-positioned legs are horrible for navigating on land.

Going to call it a post – hope you enjoyed today’s featured Grebe. Maybe I will head down and get me some ice cream to celebrate after all. Catch ya’ all real soon now!

7 thoughts on “Let’s Celebrate with Pie[d]”