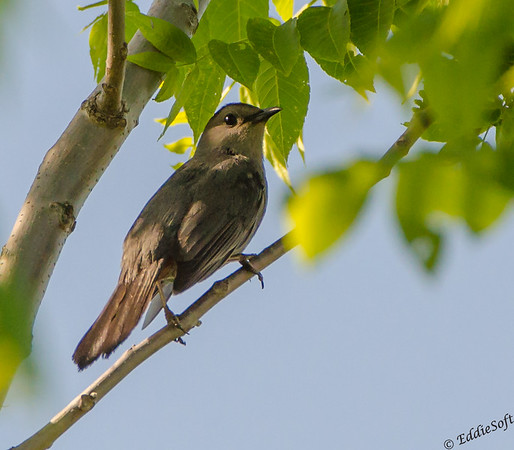 As we started down into the first valley we spotted this Eastern Bluebird hanging out on the hillside – I should probably point out that the mountain in the name implies a MUCH bigger environment than it really is. There is a ski place on the northern side of the preserve, but again, locals would really call this a big hill.

Although we were pretty far off (the Beast was pushing as far as it could), this little lady was keeping a watchful eye on us. If I remember correctly there was a Bluebird house not too far away – guessing she was intent on us not disturbing her home sweet home. Next up, the Eastern Wood-Peewee. This bird is just plain cute and always enjoy finding it out on in the field. Now I recommend having Ron around if you are trying to find one, much like the Common Yellowthroat, he can pick out their song in a middle of a rock concert He found this one as we crested the hill on our way out of the first valley..

I can’t remember exactly where we located this White-Breasted Nuthatch. This is one of the few birds I can nail from the sound which happens to be very throaty. If you see a bird pretty much running down the trunk of a tree, you can be roughly 80% sure it is a Nuthatch here in the Midwest. The other option is a Brown Creeper, but the grey, black and white of the Hatch is easy to spot against the browns of the forest – Creepers, now they can be hard to locate among the tree trunks..

From my observations, there seems to be a bit of a population explosion for the Indigo Buntings around here. In our local State Park down the street from me, there is one about every 100 feet hanging out at on the outer branches singing away. Definitely a cute bird and quite honest, it is tough to really capture how brilliant their blue feathering is. 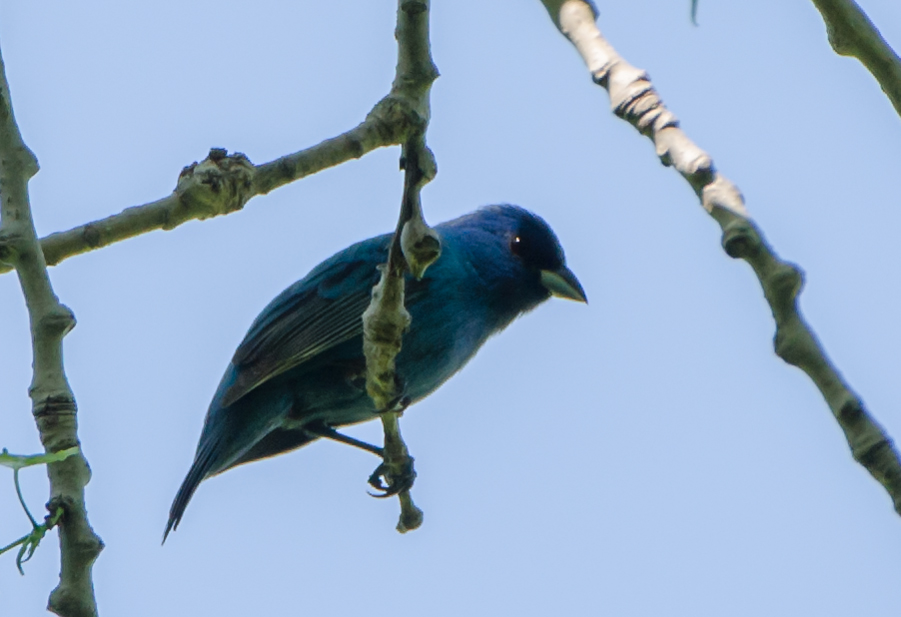 Contrast that with one of my top 5 hated birds – the Brown-Headed Cowbird. This bird is just plain nasty and always gets a few choice words from me whenever we encounter them in the field. I usually do not even give them the dignity of taking a picture, but snapped a quick one just to have as a record for the daily count. Their trick of dropping their eggs in other bird’s nest is truly annoying – not to mention, deadly for the real offspring in the nest that usually get overpowered by the larger Cowbird.

To help tamper down the anxiety of even bringing up the Cowbird, let’s finish with another brilliant Warbler – the Yellow Warbler. You have to appreciate the individual for naming this bird something that can easily be figured out even if you are not an avid birder. See a small yellow bird with rust streaks on the breast – impress your companions and fool them into thinking you spend a lot of time in the field by stating “Look at that beautiful Yellow Warbler!”

We saw this specimen at the beginning of our hike and at the end of the hike. Guessing it had taken up residence in the small tangle of trees that were there. It didn’t seem to mind us trespassing through its front lawn.. scratch that .. it did give us quite a stern look.

before telling us to move along out of there.

Well, let’s close the first part of of the Gander outing finds. I’ll come back soon and close out with another set of interesting birds we found on our first visit. Still shocking how bountiful this initial trip versus how bad the second trip was. Felt bad because Ron brought his son Matt along and we ended up dragging him through 7′ weeds and swarms of mosquitoes for pretty much nothing. We made up for it with a quick trip over to Glacial Park.

Take it easy everyone, glad our well is filling up, but does impact my ability to get all the outside work done.