Welcome to race day eve. Tomorrow the alarm will ring at 4:45am to signal the start of another day of racing. Fortunately, this one is a slight downgrade from the half to a 15K – now, for the record, it is the toughest 15K in Illinois thanks in part to a repeat loop with a wicked hill. That doesn’t concern me much thanks to a lot of hill work during training, but what does concern me is that two word weather term HEAT INDEX. Earlier this week the night temps dropped into the high sixties. No luck keeping that around. The heat index is supposed to get around 105F. Wish me luck, ever since the heat stroke episode, my internal thermostat has been very touchy. Always helps me to relax to sit down and get a post out. 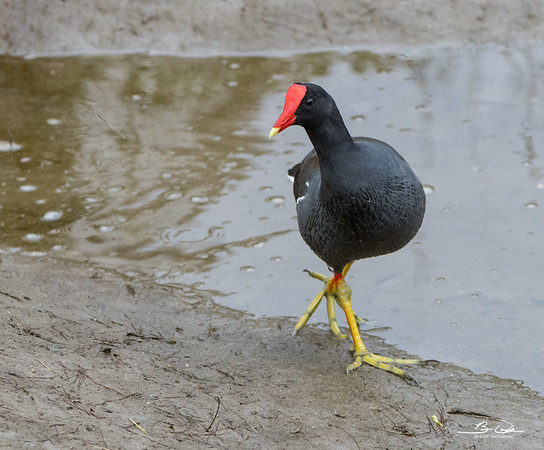 Unlike the bulk of the posts lately (more like this year), the featured waterbird is not a new bird for my list. Nope, they were previously featured not once, but twice here already (link here and here). Not to mention, every time I see this bird the first thing that pops into my head is the image of my brother Ron trying to get into a good position to get a picture of one only to end up falling halfway down a large embankment and rolling to the bottom. Think my laughter ended up scaring the bird and for all that work, nothing to show in the tin – although a memory to last a lifetime. 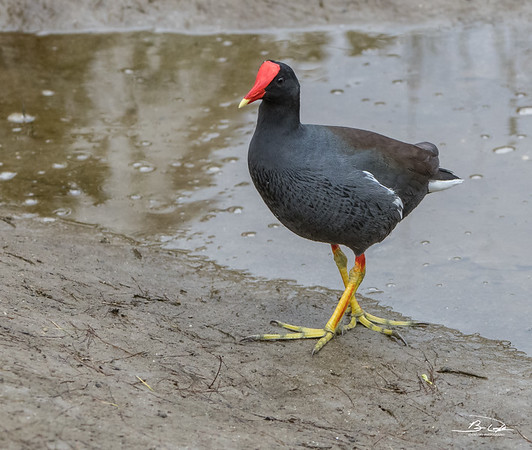 Originally this interestingly colored bird was referred to as the Common Moorhen in association with its old world cousins. Back in 2011, it was decided that the new world variety was a different species. This brought with it the new name of Common Gallinule. On a personal note, this was an unwelcome change because I can spell Moorhen. Remembering how to spell Gallinule is harder than running a 15K in 105 heat. Better yet, is the alternative name for the Moorhen – the Swamp Chicken. That is even fun to say. 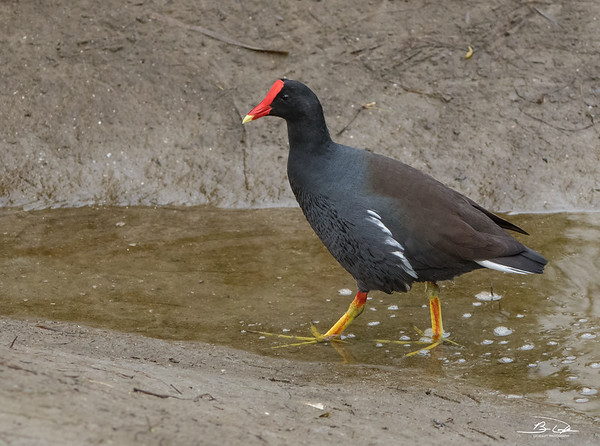 All of the shots above were taken on our recent trip to South Padre Island Bird Viewing and Nature Center on our Christmas Holiday trip down the Texas Gulf Coast. They also happen to be my favorite to date due to the comical leg poses that specimen kept striking. Decided to go ahead and throw in a few more shots from a previous trip to the same place. 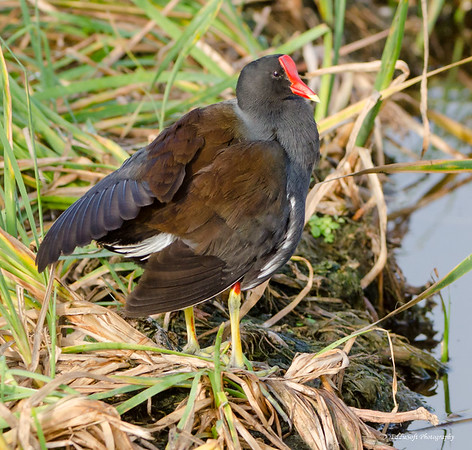 These Swamp Chicken … sorry, Common Gallinule shots also came from a Christmas trip down the Texas Gulf Coast but back a previous year (2016). It was definitely warmer that year by at least 20 to 30 degrees and, as you can tell from the shots, it was also sunny on that trip where grey clouds were the theme for our later visit. 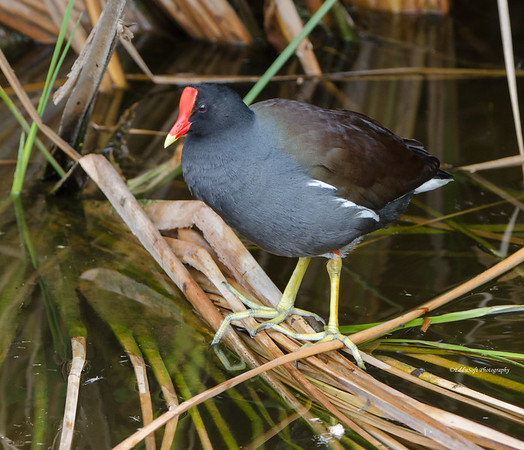 Similar to the previous shots, the toes stole the show on this series. The Moorh… crap, Gallinules have downright creepy feet. Imagine yellow worms hanging off the end of a stick. These worms give the Swamp Chicken the ability to navigate the reeds and soft mud in their preferred habitat. You can see from the images, those worm toes are perfectly adapted for the uneven surfaces of the marsh. Creepy, but effective. 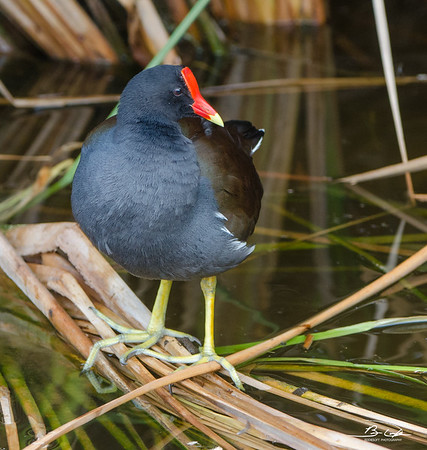 Both the female and the male sport the same coloring, bright red cap, a grey brown feather palette with a white detail stripe to accentuate their sweet lines. In case you encounter a group of Gallinules on your birding (or canoe trips), you might notice some of them have a duller, more orange/yellowish bill. That would be the juvenile variety and due to them not really having the red cap/shield developed yet. The one below has just started maturing. Admittedly, I used to think this lack of color indicated the female of the species. 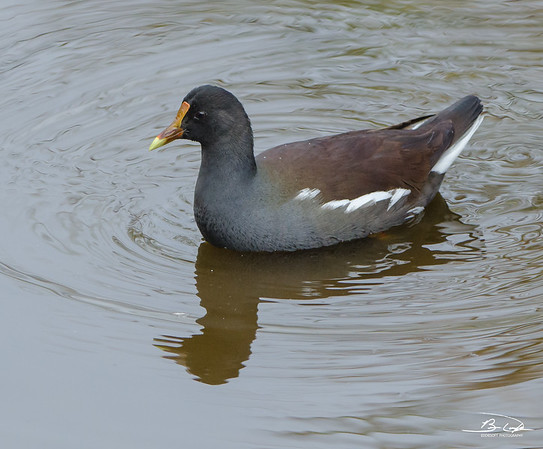 Out of pictures, so better wrap this up and get to bed. No reason to make the race any harder than it is already going to be thanks to lack of sleep. Hope you enjoyed another round of images of the Swamp Chicken (admit it, that sounds a lot cooler than their real name hehehe).