Let me start with a huge cleansing breadth! Hell, let’s all partake in a giant cleansing breadth. Ready…set…go breathe in breathe in a little more, just a bit more, fill every cubic millimeter of those lungs, hold it, hold it, just a bit more.. now let it all out in a big whhooooossssshhhhh. Unless you took this relaxing moment a little too serious and passed out, you should be feeling relieved, refreshed, rejuvenated and rambunctious. Not sure about the last feeling there, was on a role with the R’s. channeling my inner high school Spanish class. I’m sure feeling a lot better now. Three days ago I was 4 days from the end of the month and three posts away from my self-imposed quota. Thanks to some elbow grease this post releases a whole bunch of pressure.

I know, I know, you don’t want to read about my problems, you want some of that special bird sauce. 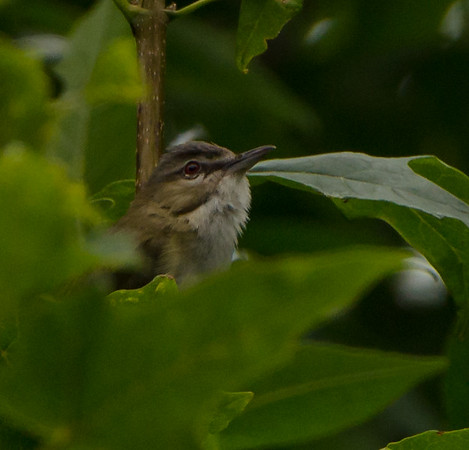 This little specimen was shot while visiting Bellevue State Park in Iowa. Back in July (this year), we were on our way back from a Minnesota bird and waterfall shooting trip and stopped by Bellevue’s lock to see what it had to offer. If you are keeping up with my little off-ramp on the information highway, you may recall that this is the same place we spotted the Peregrine Falcon making the skies very dangerous for anything with wings (link here). After shooting the Peregrine, we made our way up to the state park on the bluff overlooking the lock. While standing there checking out the scene, a very intriguing song rang out from a nearby tree. The hunt was on. 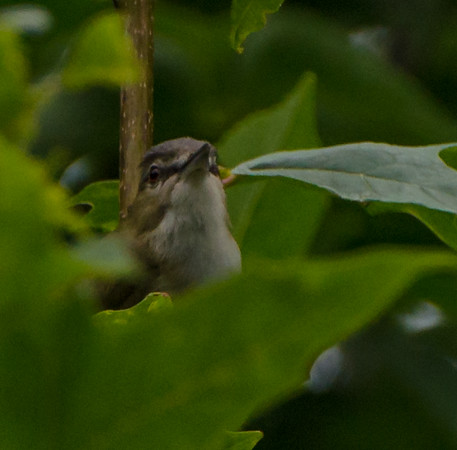 Hit the jump read more about this mystery bird.

The ears would zero on a particular spot only to get redirected to another – likely the song bouncing off the dense trees. After course correcting about 20 times, the source of the sweet sound was located. The Beast was quickly targeted, a quick burst of three shots and then it was gone. I had to go chimp the screen just to see if a) anything discernible made it to the tin and b) to try and figure out what it was. It was pretty dark up there (very mature trees) meaning the unprocessed images were too dark. The prominent eye line and light neck was easy to see, but not many other features. That eye line was so pronounced and the overall coloring appearing much darker than reality due to the restricted light led me to a hasty ID of a Worm-eating Warbler. At that point extremely excited knowing that would mean an official +1 for me. A Peregrine and another +1 – hard to beat that. 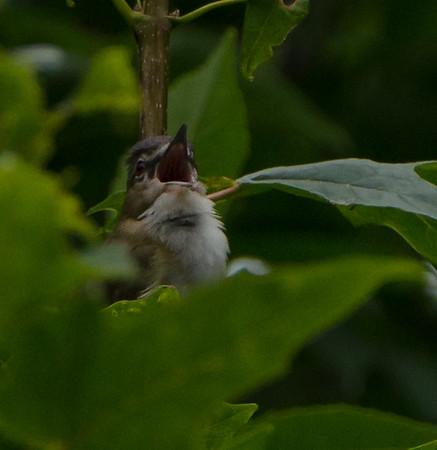 Bounced the ID off my brother Ron and he wasn’t sure. He recommended I bring the collective power of the Birding Illinois Facebook Group to bear on this one. Excellent advice. I cleaned up the pictures and posted them for help. In standard form, extremely knowledgeable birders offered up their recommendations – the collective opinion was a juvenile Red-Eyed Vireo. Hmmm – had not thought of that. Went back and processed the pictures a bit more to pull a key detail out. Sure enough, that eye was definitely blood red. Quick confirmation they had the line as well (was pretty sure since I already have Red on my list). Then the official ID Stamp was made. Thanks to a fuzzy memory, went back and checked the shots before this juvenile was taken. Sure enough, I had taken the adult minutes earlier. 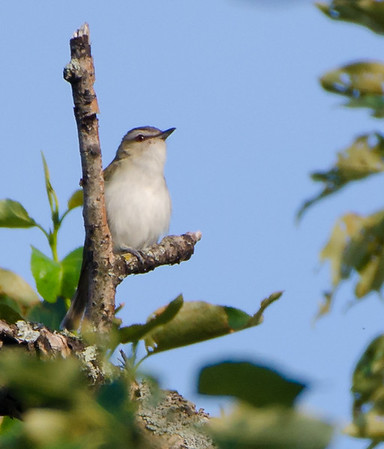 My eagerness to add the Worm-Eater did me in this time. Deceived by a juvenile. Lemonade out of lemons, I didn’t have a picture of a Red-Eyed Juvenile so all’s good. Note, if you are interested, my first encounter with this bird species was at my bird feeder back in September 2012 (link here).

That’s a wrap folks – hope you enjoyed another one of my bird encounters. Now time to sit back and enjoy what little time there is before the quota clock kicks in again.

5 thoughts on “Deceived by a Juvenile”