Sorry everyone, it has been an extremely busy month so far and time keeps getting away from me – a lot of that due to running. I was able to log a 13 mile run today in a very hilly course, so I’m feeling comfortable about my upcoming Toughest Illinois’ 15K race. The good news on the blog front is I am once again within the 2 year queue window having processes a number of shoots including a run to Starved Rock and another to Kentucky – yes, they include new bird plus ones that are excited about their upcoming blog debut.

Thought I would throw out a quick one tonight just to get the ball rolling for the month. 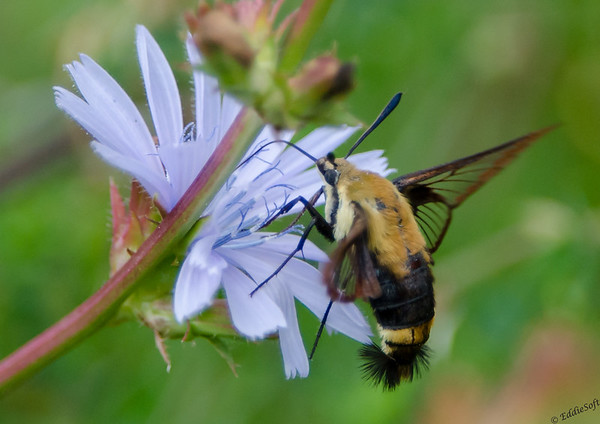 I should probably mention now that I have a pretty significant aversion to bees and hornets. On the bees front I used to experience significant swelling when I was a young kid whenever a bee would decide to sink its stinger in my tender flesh. Now that I am older I get a little less anxious around them when they are roaming around SOLO – get ground bees congested in a dirt hole and this dude starts looking for implements of mass annihilation. Mowed over a nest last year and several played a game of darts on my behalf. On the Bumblebee front I usually just let them be (see what I did there hehehe) having never met an aggressive one in the field – usually they are too drunk on nectar to care about me. However, there is one type of large hornet or wasp that used to terrorized our summer Wiffle Ball field. I have yet to fully ID it, but it was at least 2 inches long, banded with black and yellow with a stinger that would bring some serious tears to a young boy’s eyes. When I saw this creature through my camera it immediately triggered a flight reaction 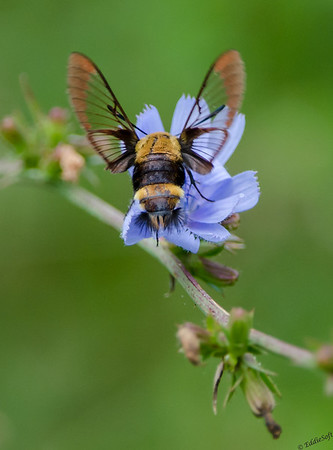 Could this be the terror of my youth!?! Concern quickly turned to intrigue and forced myself to try and get some additional shots. It was big – maybe in the 1 inch body size with a 1.5-2 inch wingspan. Definitely the right color palette, but something seemed a bit off. Those wings are much more robust than the standard Bee or Wasp wing and I do not remember either have a furry butt. Then I saw this image in the digital dark room. 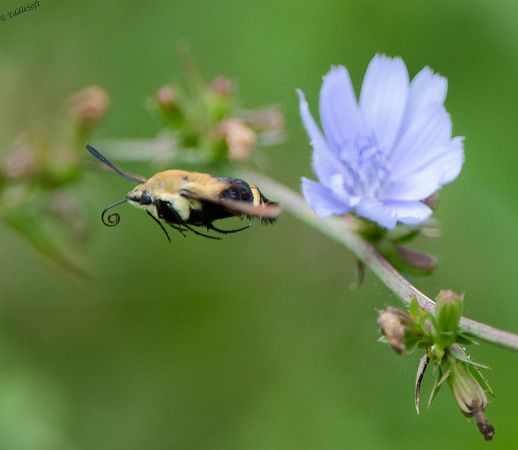 That image left me with the impression it was more of a Butterfly than a Bee or Wasp. Time to hit Google and figure out what this mystery guest was. From a region perspective, this was found at Jubilee State Park back in August 2014. Using that information with a smattering of the visual characteristics eventually revealed the answer to the mystery – as best I can tell, this is a Clearwing – likely of type Snowberry. My fears were unwarranted, for this is a harmless member of the Moth family. I hope that isn’t what we raged war on as a kid, but I distinctly remember getting stung by one so either we allowed ourselves to exaggerate too much and it was really a hornet or that villain is yet to be properly identified. The good news is I’ll be able to recognize the Clearwing from this point forward and let myself enjoy the moment rather than fight the flight urge.

Hope you enjoyed this new Moth for the blog – see you again real soon.