Welcome to Blog Bonus Time everyone! Now that my mandatory post quota has been officially met, I can focus on burning down some of my backlog. This is typically when I release post of birds that have already made their way on the blog – usually not as exciting as when I get to show off a new entry on my Birding List, however, there is always the chance I’ve been able to improve on images previously captured in the tin or even some new element that makes the repeat visit interesting as well. The latter is exactly the case in this particular post. 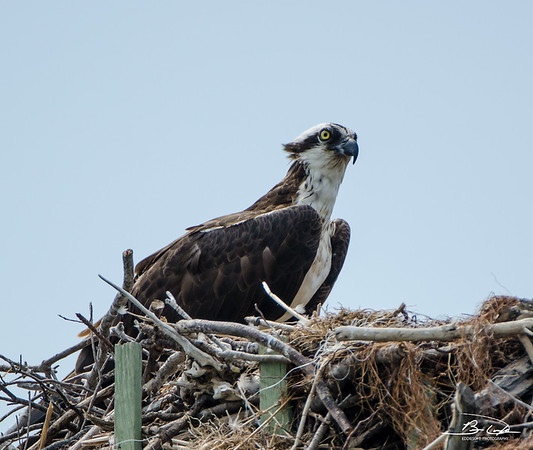 For the non-birders out there, that is an Osprey. A female Osprey to be more exact. These skilled hunters have been featured a few times on the blog already – link here, here and here. Before I go any further, let me just apologize for some really poor pictures on that last link from Yellowstone. Those Osprey shots were done from a less than ideal distance and could have used a lot more light. One advantage of having a photography related blog is you have the opportunity to look back at your body of work and be your own best critic. I think you will like these pictures much much better. 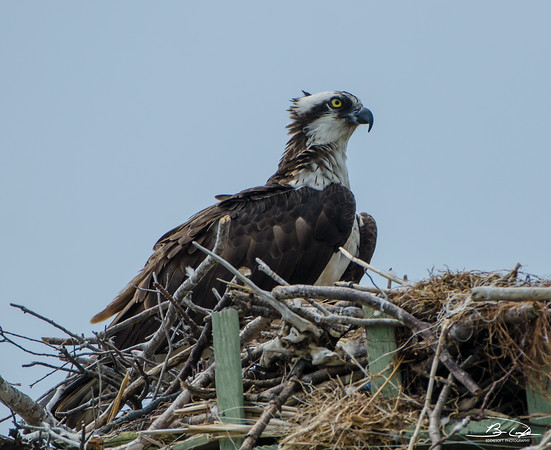 Hit the jump to read a bit more about this Osprey … and maybe a surprise! 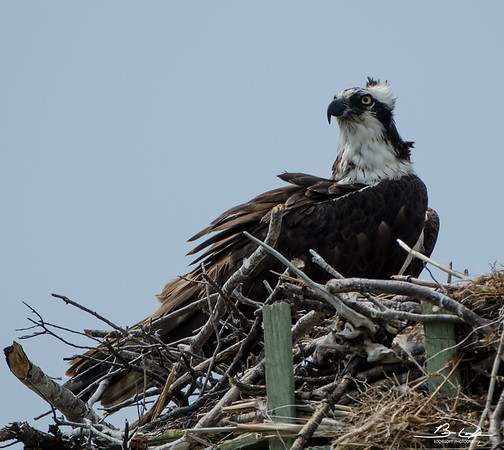 The other detail you might have already been asking yourself about. How is it he knows that this is a female Osprey? That is an excellent question. In my observations and as much as I’ve been able to research I find very little difference between the sexes. Now, what I have been able to witness is the fact the female is the one that tends the nest… especially when there are precious items inside. 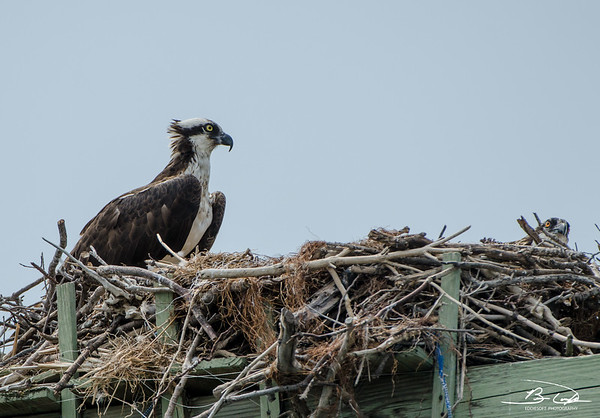 In case the other set of brightly colored eyes didn’t give it away… follow the mother’s gaze… yep, that’s a baby hunter in training hanging out in the spacious home. Like its mother, this one was keeping an eye out anything that was moving down below. Just watching though, neither one seemed to be too concerned that a human with big glass was hanging about. The chick did let me know when I had crossed the comfort zone – a few steps back and all calm was successfully restored. 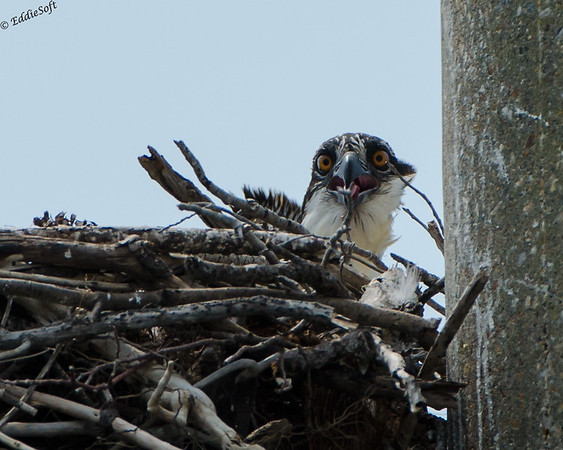 I should probably mention these Osprey were found in on our trip to North Carolina back in July 2014. Did I mention bonus time was backlog time hehehehe. We actually spotted these on the side of a fishing area just off the highway. The nest was situated past a large parking lot on the water’s edge. This also happened to be where all the fishermen were which is likely why these two were so accustomed to having people this near its nest. Good thing I didn’t have my brother Ron with us – my guess that mother would have gone all medieval on him – not sure what it is, but birds just seem to hate him.

Hopefully you noticed this was only part 1 – more to come so check back soon!

2 thoughts on “Osprey and Offspring Part 1”