The pressure is on now – definitely would have been a good time for a 31 day month.  To be honest, it is actually a bit difficult to type tonight.  I am in a battle with a 270 foot long 18 inch deep ditch I originally trenched a couple of months ago to supply power to a new outbuilding.  Since that original dig, I’ve had to hand dig across power and phones lines, re-dug the entire ditch by hand not once, not twice, but now three times due to rain and just spent all evening laying wire in conduit.  At least half of it is done now – damn you rain gods!

For tonight I thought I would go with some more shots from my Ft Myers trip.  Luckily these shots were already processed so the hard part is already done.  Let’s start with a gorgeous Brown Pelican. 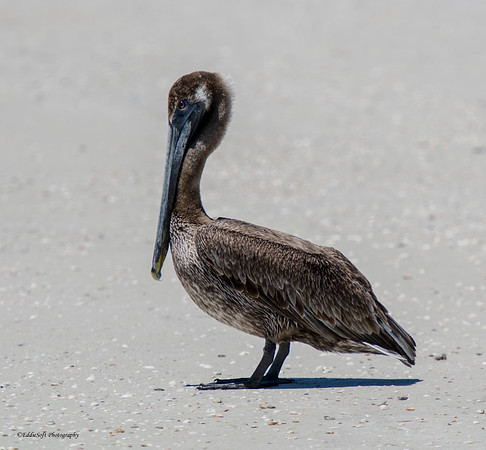 Pretty stoic bird all around.  As with the previous Ft. Myers shots, these were taken at the secret lagoon behind the Holiday Inn.  Wait.. I am not sure it is a Holiday Inn anymore.  My brother Ron may know for sure – he was just down there to see my parents and had an opportunity to visit that birding hotspot again – I would have went with him, but that was the weekend of my Marathon (link here).   These Pelican shots were taken on the backside of the lagoon on the ocean/gulf side –  you have to cross a small inlet of water, but it is definitely worth it. 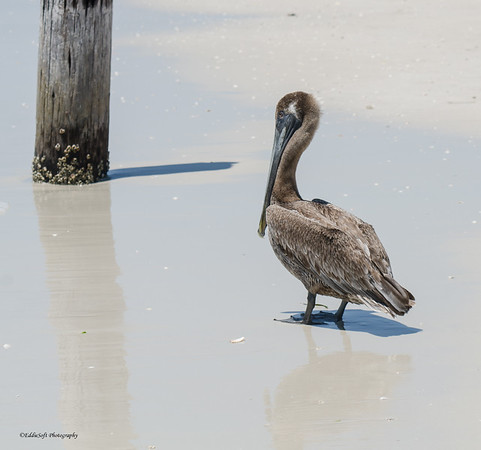 Hit the jump to see a few more birds from the trip.

The next shot is of an Osprey.  They were busy hunting the lagoon while we were there.  I failed to get a decent shot of the Osprey actually hitting the water.  If you have not seen their approach to fishing, you are definitely missing something.  They basically fold their wings back and hit that water like a bullet.  They can submerge themselves completely underwater, grab their prey and launch back out of the water in a split second.  Sorry I do not have a good shot of that to show you. Until then, how about a standard flight shot. 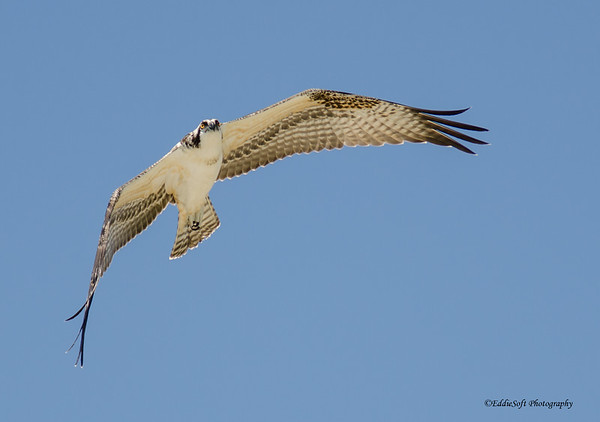 By the way, you can always tell an Osprey from an Eagle simply by the way they carry their food.  Eagles carry fish in their talons perpendicular to their body.  Contrast that with the Osprey that always carry their prey parallel to their body.  Personally, I think the Osprey got it right, why add a wind drag if you don’t need to.

This next sh0t was taken as I was leaving the lagoon.  It was sitting on top of hotel (next to the Holiday Inn) surveying the neighborhood.  For all I know he was sizing me up – me thinks my soft tissue would have been no match for those nasty looking talons.  This is when I usually point out to dangerous animals that my brother Ron is NOT a runner – easier pickens. 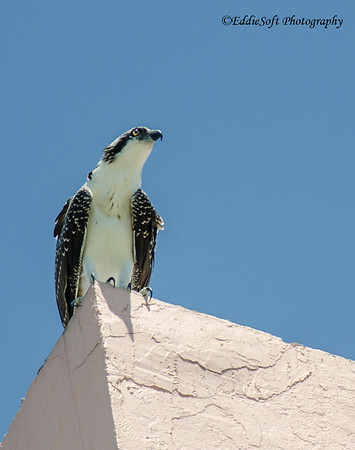 “I fart in your general DI-rection” and “Taunt you a second time!” 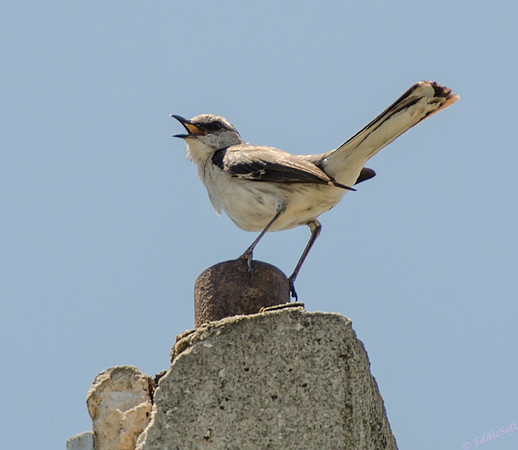 Sorry, all I could think about when looking at this Mockingbird.  This bird made its debut on the blog back in July 2014 (link here).  I had forgotten I had this bird from the earlier Ft. Myers trip but those later shots from Biltmore Estates are some of my favorite.

Of course, I’m going to go with my trademark over the shoulder shot. 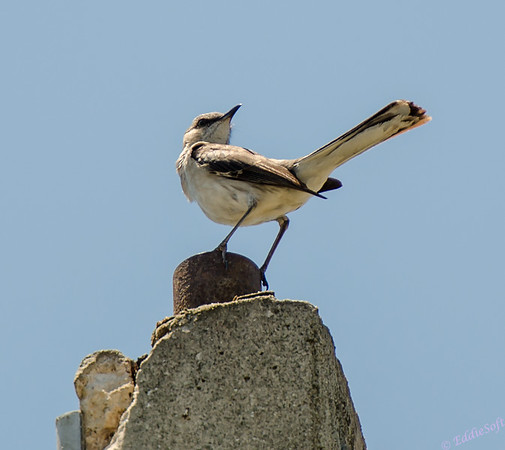 It’s a short one tonight folks.  The pillow is calling my name and my body is in total agreement.  Take care everyone, I hope (well, I have) to be back tomorrow night after my training run.

2 thoughts on “More from the Fort”