Looks like the GPO nomination is shaping up to be an interesting one if not an outright implosion.  Seems the conservative populous has initiated an all out rebellion against career politicians.  Last night Rubio put up an embarrassing showing, Cruz showed a surprising strong gain and Trump.. well Trump once again put the tremors into the old guard.  That would be the old guard that thought it wise to bring Romney and McCain out of the mothballs to attempt to tell us low information voters how wonderful life would be if we just listened to them one more time (I think those pathetic choices that gave us our current administration pretty much speaks volumes for low information elitism).  Since politics has a tendency to get my blood boil, let’s turn to something more positive – another +1 in the books:

How cool is that!  This shot was taken during my quick trip to Ft. Myers back in 2013.  For those of you counting, this makes the third addition to the North American Birding Life list in only two days.  I’ve mentioned this several times, but that lagoon in Ft Myers is a treasure trove for birders. 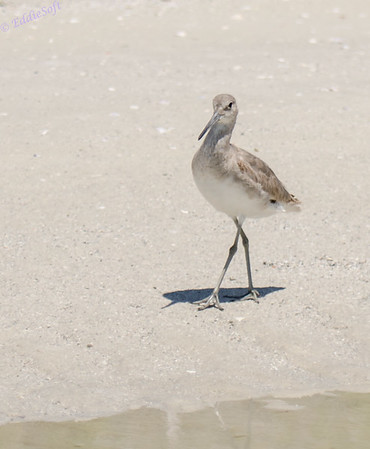 Hit the jump to find out what this bird is and see a few more shots!

This addition is the Willet and represents the SIXTH new find from that one day shoot (well, actually a two day shoot, but we only spent about a half a day at the Lagoon).  Definitely not a surprise out there for birders, but these shorebirds can be a lot of work to properly identify.  Luckily these Willets have some unique features that make their identification a little easier. 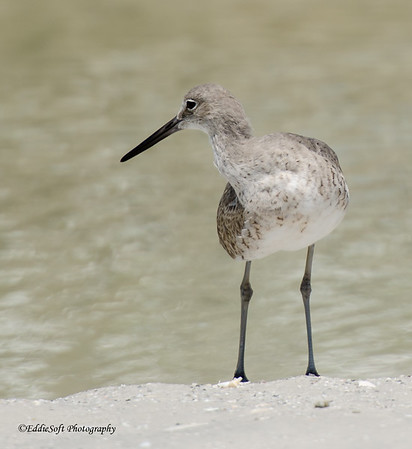 First off is the long straight bill.  Willets possess a thick dagger of a bill to probe for food along the shoreline.  According to Cornell, their bills are quite sensitive allowing them to feed both at night and during the day.  The thickness of that bill along with the large ratio of length to head stands out when classifying this bird. 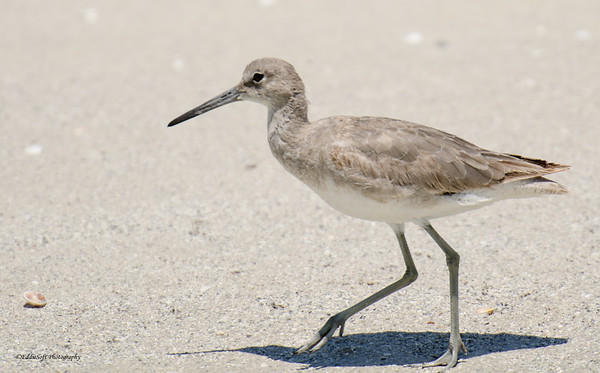 Next up is the legs.  The other birds in this category like the Greater Yellowlegs, the Wandering Tattler and Dowitchers possess yellow tinted legs (even if you are a non-birder, you could have figured that out with at least the Yellowlegs seeing as our early discoverers were less than creative).

The Willet, like the birds in the previous post, hang out along the southern coastline.   In contrast, they also range further up the east and west shorelines including the northern edges of South America.  Oddly, they also have a fairly large Summer breeding range in the inner Northwest region on up into Canada.

Next up is one of my favorite pictures.  I watched the couple play on the beach for quite some time oblivious to the fact The Beast was pointed in their direction less than 25 feet away. 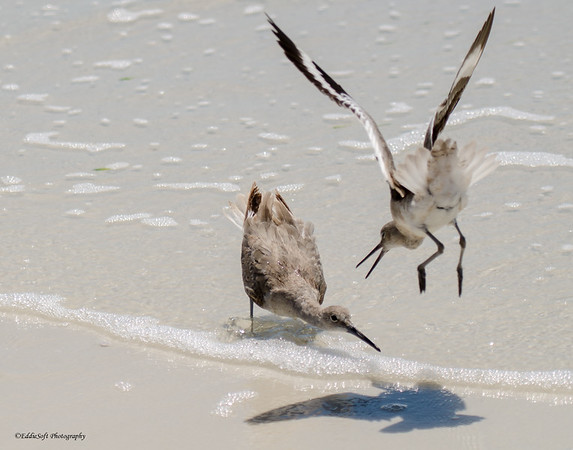 Just to close out some interesting facts, the male Willet is responsible for spending nights on the nest during incubation.  Lastly, proving once again that sometimes conservation can have a bad side – John Audubon described them as having tasty eggs and the young becoming fat and juicy by the time they are ready to fly affording excellent food (this according to Cornell’s website).  Thank god for the Migratory Bird Act of 1918 or we would be viewing these birds in museums and not in the wild.  They carry a Least Concern conservation status today (yeah!)

All I have for you today.  Hope you enjoyed seeing the new addition to my Life List.