Welcome back on D.A.I.D – or Day After Indulgence Day.  Days like Christmas, New Years, my birthday etc. are hard on those keeping tabs on their intake.  As a runner I have the unfortunate tick of translating every piece of food or drink consumed into corresponding miles it will take to compensate.  D.A.I.Ds come with a stark reality there is no way in hell I could ever break even from the day before… sigh.  To my credit I did make a small recovery into the damage with a midnight run which, if nothing else, does help to beat down the inner guilt.  The good news is I was able to crest over a running goal I had set, but we’ll cover that in an upcoming post.  Instead, I bring you another post from the Yellowstone National Park trip. 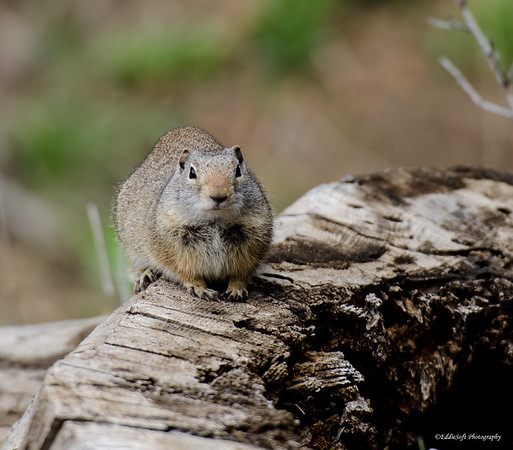 Isn’t it cute!  This little guy or girl made an effort to come out and greet us as we were enjoying a picnic in the park.  We were visiting the park with the Makutas back in May of 2013 (note, any comments from my brother regarding the fact this is the end of 2015 will be duly ignored hehehe).  I thought it would be fitting to stick with the squirrel theme seeing as how I covered another member of the Squirrel family in the last post (link here). 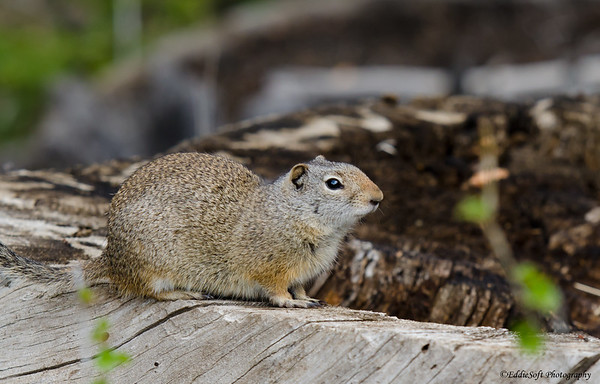 Hit the jump to see a few more pictures of this stocky Squirrel!

END_OF_DOCUMENT_TOKEN_TO_BE_REPLACED

As promised, this is the second part of my two part post on furry critters.  If I was guessing on some of the categorization of the critters in the last blog, then I’m pulling them out of certain somewhere with this set.  It is hard enough to classify birds, but these animals are about impossible to distinguish one from another especially when they have essentially the same fur coloring.  So, I have taken some liberties.  Due to limited references and numerous inconsistencies on the web, there is a high probability that the animals are not properly named.  Take for instance this creature.

Now there were two options for this fur monster.  It has a distinguished grey color and a distinctive white outline of the eye.  After spending hours scouring the Internet and reading the paltry paragraphs in the field guide, the options are either an Abert’s Squirrel or a Red Squirrel.  The Abert’ Squirrel is suppose to be grey (check), has a white underbelly (check), tufts of hair coming off the ears (uhh, hmm) and white highlights on the end of the tail (crap).  In contrast, the Red Squirrel has a rounded ear (check), white underbelly (check), pale reddish grey coloring (uhh, hmm).  Playing the odds, the money is on Red Squirrel.

Wait a minute, now we have the pale reddish gray we were expecting in the last picture, but the tufts are there now which were more indicative of the other squirrel.  So do we have two different squirrels here or is one in some kind of disguise to hide his super squirrel ninja skilz.  One minute innocent cute and cuddly creature, the next chopping nuts with a pair of squirrel chucks.  Okay, probably not a likely scenario so sticking with the Red Squirrel option.  Oh, and based on about 40 minutes of searching the net, there appears to be a lot of images labeled similarly showing a creature with the same dark grey coloring as in the previous photo.  Maybe the fur coloring changes with maturity or seasons.  This was not confirmed with the weak descriptions in the field guide.  Although this may be the missing link.

This appears to be the transition specimen.  The fur coloring blends in between the deeper grey and the reddish hue.  It also has a similar posture (and eyeliner) along with the tufts from the first picture but still showing the rounder ear structure mentioned in the guide.  For the record, I do like this particular shot since it has both foreground and background depth (nicely blurred) and hint of symmetry with the rock.  After about 5 different cropping experiments, the center crop won out since that allowed for keeping the foreground indicator and still showing the round of the rock.  To critique myself, next time I’ll move about 15 degrees to keep the background limb from impaling the subject.  For snicks, here’s another shot of what appears to be the perfect specimen for a Rock Squirrel based on the Audubon guide.

Makes you want to reach out and pet it doesn’t it?  Wait, two words… Squirrel Fu.

Hit the jump to see a couple of other squirrel like creatures captured in the Yellowstone region.