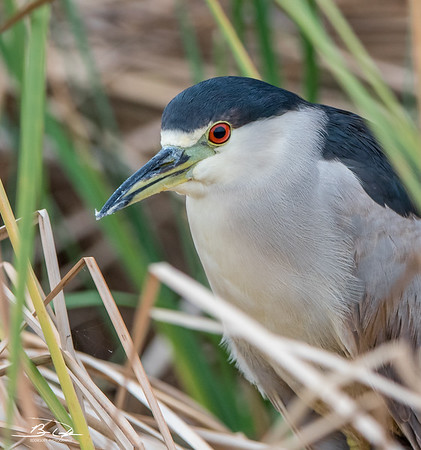 END_OF_DOCUMENT_TOKEN_TO_BE_REPLACED

I had plans to get to this earlier this weekend, but it’s been a whirlwind around here. Had to finish tearing out the tile in the bathroom, had a slight catastrophe in the guest room closet that ended up being more work that intended and this morning was my 16 mile training run (6.5 on the road, 6.3 on very muddy trails and then back to the road for 3.2) which included me hitting the ground hard thanks to a missed root hidden in the leaves while running down a hill – ugh. Nothing like making the most out of your weekend. While the body tries to recover, decided to try and get another post out just under the wire. I technically already have my quota in for the month, but wanted to get another Georgia post out to make room for one of my top five favorite birds in April. Without any more delay, here is a quick post featuring another apparent swamp liking bird. 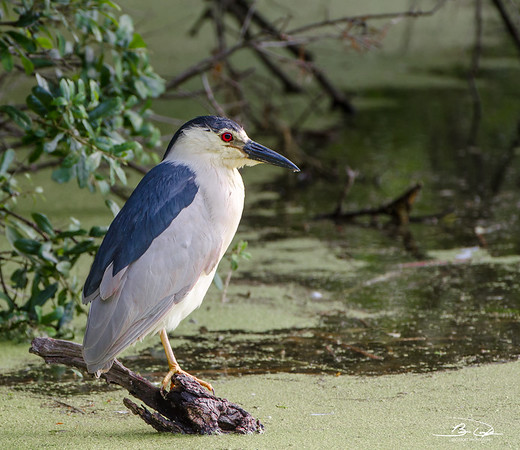 Hit the jump to see a couple more pics of our stoic looking bird!

END_OF_DOCUMENT_TOKEN_TO_BE_REPLACED 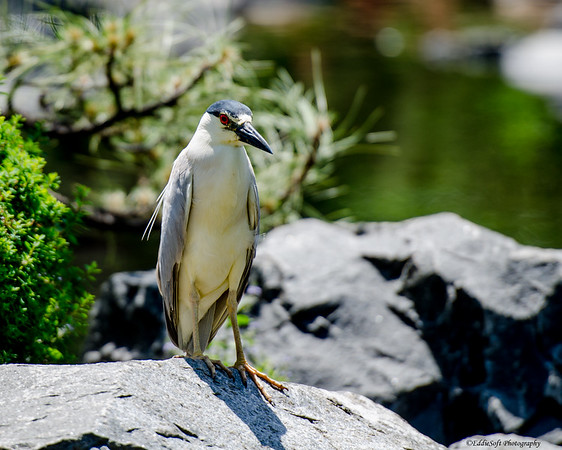 END_OF_DOCUMENT_TOKEN_TO_BE_REPLACED

Looks like today I can report the tale of two lists.  First off, thanks to confirmation from Ron I can now add two more check marks to my birding list.  This is definitely one of those very pleasing moments when I can make that mark next to another entry, but when you actually get to make two marks at once .. through the roof.  If you recall, a few posts ago (link here), I had made some speculation on some bird identifications that were stumping me.  Figured the suggested identifications were my best guesses, but looks like Ron was in agreement with both of them – SWEET!  That Yang and the Um thingy once again makes its presence known around here.  With the good of the bird checks comes the equally bad entry on The List.  Those who know me, know you never ever want to make it on that list since it signifies a personal lifetime ban.  Surprisingly, I was able to locate an old copy of it online (link here).  I have to admit that Best Buy made its way off the list thanks to Circuit City closing leaving no other competition in the area.  There are some other additions, but today’s add is Eddie Vedder and of coarse ANYTHING he is affiliated with.

… and now this fuck wishes bad things to happen to me (link here).  I wonder exactly what this asshole would think if someone went after his First Amendment rights?  It isn’t worth wasting anymore time on this topic – the money saved on not buying his latest album will nicely offset the cost of the ammunition spent while substituting those CDs for targets.  Welcome to The List.

There, much better.  On to the real topic of this post.  The last plea for bird identification help worked out so well, figured it was worth trying it again.  Once again there’s another bird shot the second day of the Henderson Nevada Bird Viewing Preserve that has me in a quandary.  What seems to be the norm these days, the expectations going into the identification phase were high due to the key features this particular bird possesses.

Stocky frame, dark coloring palette and takes the standard Heron/Egret form in flight.  No problem right.. this has to be a Green Hero… uh, hmm uh.. let me look at those reference books again.  From the reference images, the Green Heron tends to have a rustier neck and a little more yellow on the bill.  They are also a lot more stockier than the specimen here.  Hold on, there should have been a post on one.  Yes, yes, here it is (link here).  Now it is coming back to me – that bird found at Jubilee Park looked a lot different than this one – mainly again due to the stockiness and the varying yet pronounced colors.  This next shot doesn’t show a whole lot more, but does provide some clues to the neck coloring.

Hit the jump to continue the quest to identify this bird