Continuing the theme from last post, I bring you two more new birds to my list.  Like last reveal, both of these new additions also came from Yellowstone National Park.  That would be our trip back in May of 2013.  I must be getting numb to my backlog.  I used to cringe every time I had to admit post fodder was coming from over two years ago.  Now.. not so much – not even a twitch.  With repetition comes acceptance hehe.

Let’s get to it shall we.  The first bird on today’s agenda is one I owe a big thanks to my brother for actually identifying. 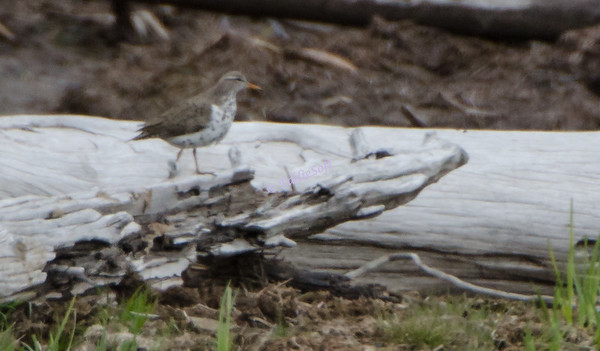 That my friends is a Spotted Sandpiper (well, at least our best identification based on the small number of reference shots I was able to get in the tin).  Oh, I should have first apologized for the softness of these shots.  As with the gear for the Cinnamon shots (link here), both of these birds were shot with the 1.4 tele on the Beast.  That brings with it a general level of softness, but in this case I am not that upset.  These birds were a loooooong way off.  I was grasping for every bit of reach available to even see these creature much less hope to get any kind of crispiness.  I even had to zoom further to a small square during post processing to really make it visible.  Luckily, there was enough pixels left to determine what it was.  Otherwise, they would have ended up in my folder labeled “A Bird”. 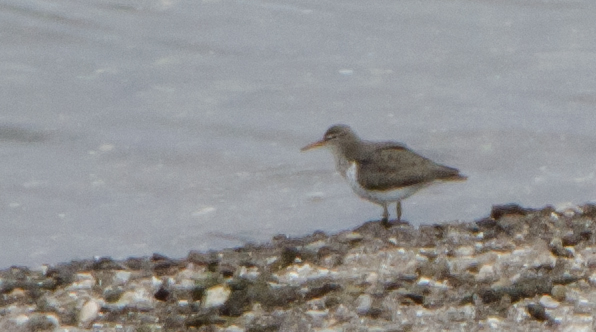 The Spotted spend their Summers across a wide swathe  of the US and spend their Winters down in Central and South America.  They are one of the most widespread shorebirds in the US.  Unlike most migrating birds, the female is the one that arrives and selects the breeding territory.  They also practice polyandry.  If you are an avid reader of the blog or a birder in your own right, you should know that polyandry is Latin for “bird whore”.   Granted, my Latin has been found wanting, but pretty sure it stands for “bird whore”.   She can mate with multiple johns .. I mean males … and leave them with the clutch to take care of.  Wham bam thank you man!

The other entry in today’s twofer is a relatively dull bird.

I saw it playing in a small stream as we passed by from the road. It’s been awhile so not positive, but I likely gave our secret coded word to “stop immediately there is a bird I need to shoot” (unless David and Giselle were in the car in which case I would have had to use our alternate code word to keep from embarrassing ourselves).  Although this is a rather drab bird, it was surprisingly easy to identify due to the fact it looks like it subscribes to the Wild Turkey exercise plan – these birds be a wee bit plump. 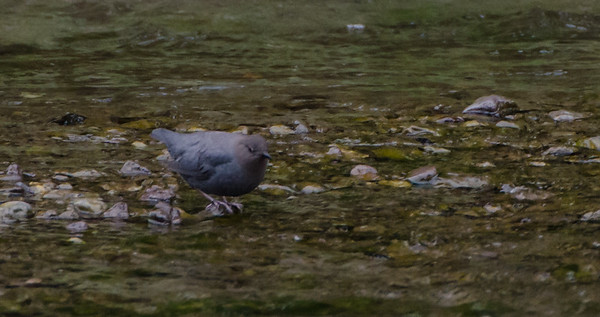 That is an American Dipper.  The Dipper is primarily located in the Western third of the US extending up into Alaska.  They prefer running streams, protecting themselves during the Winter months thanks to a low metabolism, heavily oxygenated blood and a thick heaping of feathers.  The latter might account for some of the “plumpiness” so no offense to the Turkey (hehehe).  Stealing a trait from the duck population, the Dipper will molt all its wing and tail feathers at once (in the late Summer timeframe).  This effectively grounds it. After a little more reading on the Cornell site, I learned how they got their name – while exploring streams for food, they will frequently “dip” their heads underwater – clever.

Not much else to really reveal about these two new birds.  I’ll take the new checks on the list today, but hoping the future will bring a chance to improve on my execution.