Greetings all once again!  Starting to get in the groove of the new year now that the “Ron Owes Me Bigly” mission is coming to closure – not the “owes me” part, rather the initial mission part.  He’s in the midst of doing some packing, but I am sure as soon as that settles down, he will be getting those fingers oiled up and letting everyone know about said mission in due time… nudge, nudge.  Meanwhile my immediate mission is to get the photo queue whittled down a bit. 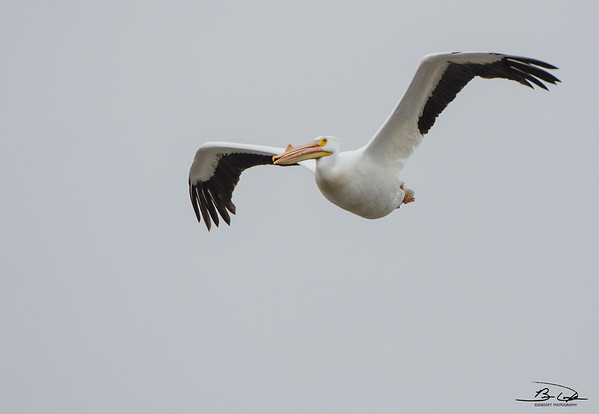 Thought I’d go ahead and get the big boys out of the way – well, at least some of the pictures in the hopper of the American White Pelican.  Whitey is one of those species we have easy access to in the heartland.  Cornell documents their regional map as breeders across our northern border and spotty locations in the west with a wintering destination along our southern border.  Then they got out their yellow crayon and colored everything in between for migration.  Truth is, we can find this full-bodied birds patrolling our waterways pretty regularly outside of the dead of winter. 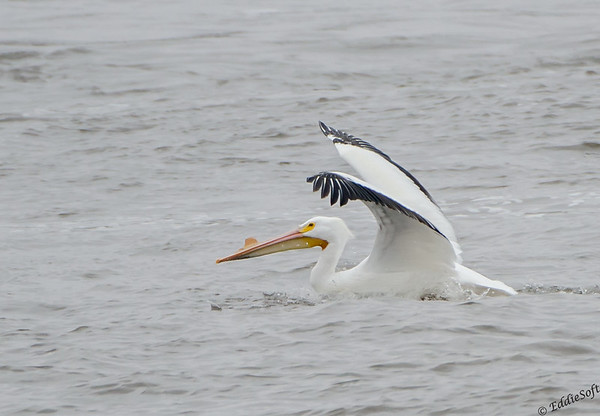 Hit the jump to read and see a bit more about this tank of a bird.

These initial shots of the Whites were taken in March 2014 down at Alton on the mighty Mississippi near St. Louis.  There is a dam there that forms a feeding trough for the lucky Pelicans that find their way there.  Alton happens to be one of those hit or miss locations from a birding perspective.  We’ve been down there when there were birds everywhere – Eagles, Grebes, Mergansers, Cormorants and the rest of the usuals.  Then there are times where you are lucky to find a single White Pelican in the entire place.  Note, that is still marginally better than the times we went there only to find the Mighty river in full gorge preventing us from getting anywhere close to the area. 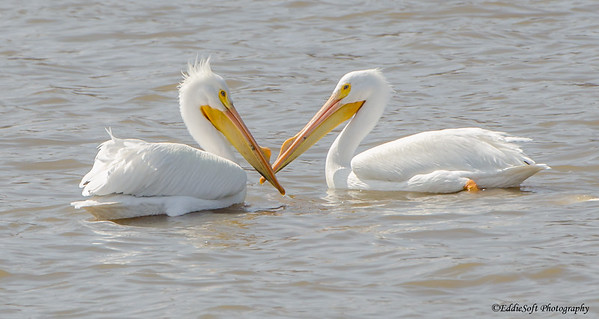 Weighing in from 10 to 20 pounds, these birds command attention wherever they are.  Even down along the Texas Gulf Coast, when the Whites show up, the Brown Pelicans take a backseat and respect their 4 to 10 pound disadvantage.  I have also noticed that the locals also turn their attention (and scopes) towards these winter visitors.  It always brings an internal chuckle when the locals notice my attention on the Brown variety and offer a helpful recommendation to take in the much more exciting White. 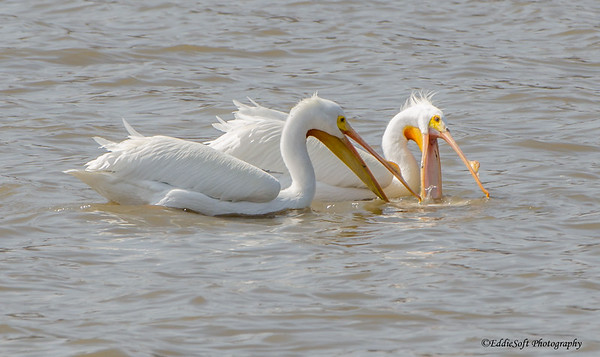 While reading up on this species on Cornell’s site, noticed they had a blurb regarding their pension for thievery.  This can definitely be confirmed based on my observations and a number of behavioral shots that made their way into the tin – see above.  The far Pelican worked its butt off to wrangle a fish into the basket only to have a nearby opportunist slide in for the steal.  Likely a trait learned by studying those godforsaken Gulls so perfectly characterized in the Finding Nemo show.  Every time Linda and I come upon a flock of Gulls we immediately start mocking “mine, mine, mine, mine, mine” hehehe.  For the record, the true hunter was able to successfully prevent the steal and gargle it down. 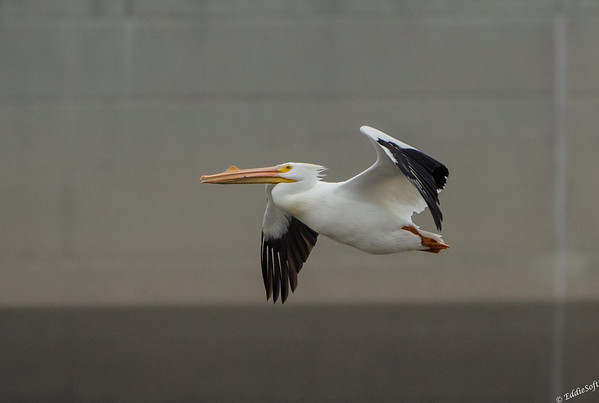 These last two flying shots were taken at Kentucky Lake. For those keeping track, these were shot in a relatively fresh April 2015 (well, fresh compared to the 2014 shots above sigh).  The White Pelican is one of two species of birds that I can often pick out at a significant distance away when they are in flight.   The reason for this is they often fly in large groups, gliding slowly in the wind and heat risers.  The key is they will disappear and reappear as they tip their wings in unison to change direction.  One second you see them …or more specifically their black highlights on their wings, next thing you know you might make out small slivers as their highlights get eclipsed giving the illusion they faded into the sky. 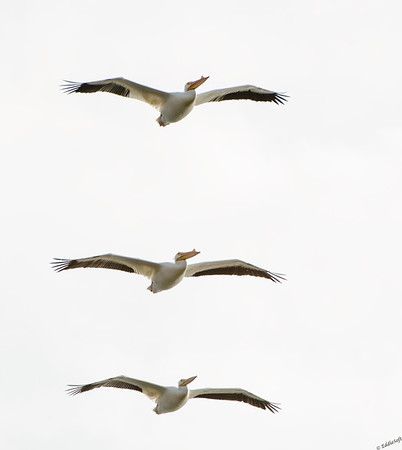 The other bird that has a very similar coloring and fade illusion is the Snow Goose.  Not to the same degree as they are faster flyers and flap their wings more rapid so the fade doesn’t last as long.  The Snow Goose also tends to travel with their dark morph counterparts which dampens the effect. 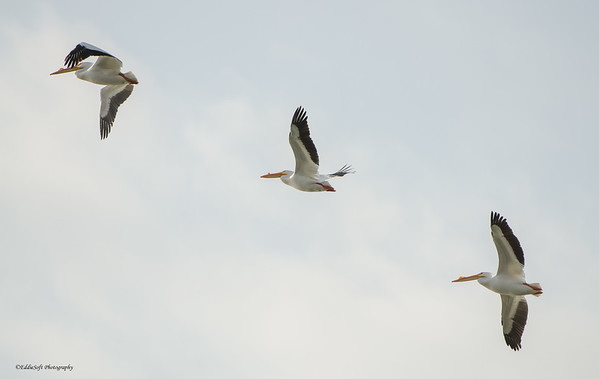 Better call it a post – out of pictures to share and the White Pelican gets me a bit choked up as it has gained more of an emotional investment over the last few months.

Keep the wind under your wings everyone – catch ya’  back here sometime soon!