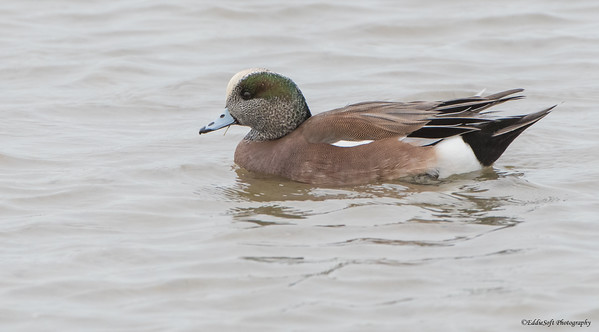 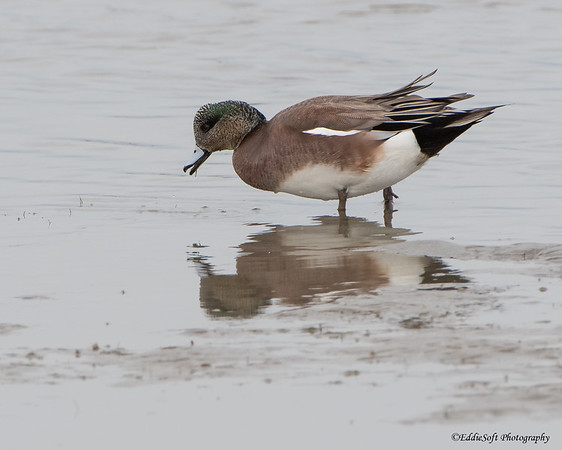 This particular series of shots was taken on our trip along the Texas Gulf Coast back in December 2017. We were once again visiting one of our favorite birding spots the South Padre Bird Viewing and Nature Center. This particular visit was filled with Wigeons hanging out amount a rather large flock of Redhead Ducks. Not sure I remember seeing the Wigeon down there the year before. The lack of a previous post on these ducks would support that memory gap – then again I am apparently speeding through years at a record pace per my earlier calendar comments and as a result increasing the grey matter kill off. Regardless, there were plenty of target specimens to fill up the tin. 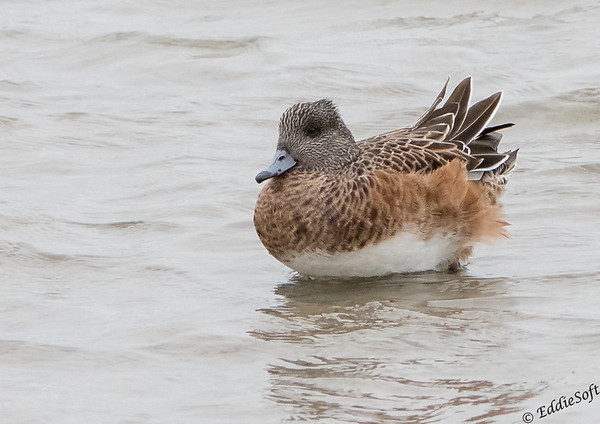 The great thing about the American Wigeon is everyone from Canada on down into Central America have an opportunity to experience these ducks at some point during the year. Note for my friends in Europe, we do get an occasional sighting of the Eurasian variety in sporadic places from Alaska down into Florida. According to Cornell’s site, those are typically making their way down from Eastern Siberia or Iceland. As with many bird species, the breeding male plumage is a bit more colorful than their female counterparts. The easier to identify breeding male sports a bright green swath behind the eye and a cream stripe down their hood. Females have a brownish head (see shot above). It is unclear to me whether non-breeding males still have the green swath, but much duller as in the male specimens in this series or whether it goes into complete eclipsed plumage in the non-breeding seasons. Cornell was a bit vague on this and other resources were not much better. 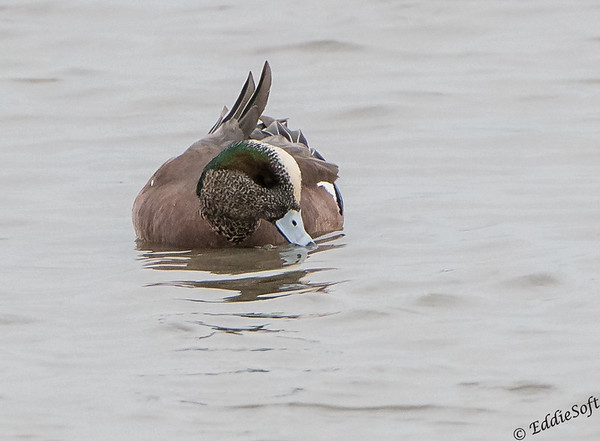 Their bills are primarily a dullish grey with a black tip. If you are lucky enough to experience these ducks in flight you will notice a prominent white patch on their upper wings above a green patch on their secondaries. They also have a white patch under their wings. As a whole you should really have little trouble distinguishing these dabblers as this combination is fairly unique to the species. Note, although they typically keep their heads down, they do have rather long necks so don’t be surprised if you see one raised up in more of a Northern Pintail profile (link here). 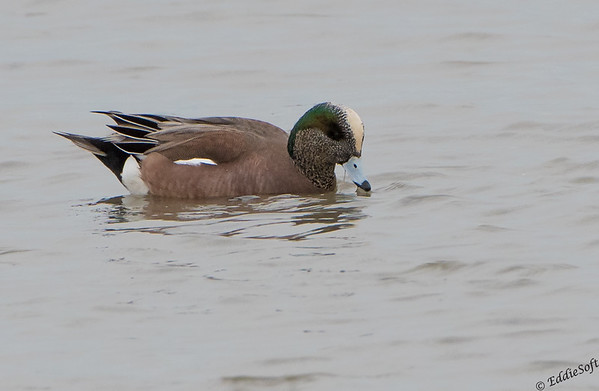 To close out with an interesting fact, unlike a lot of the dabblers, these ducks have no problems wandering out into the deeper waters. One would think the feeding would be difficult for a dabbler in the deeper waters, however, these devious bastards turn into water thugs and make their deeper water brothers do the work of gathering the food and then try to take it away from them when they return to the surface. If that isn’t doing it for them, these Wigeons will dry their feet off and forage in local fields. Would not surprise me if they make the local Coyotes do all the land work, wait until they happen down a dark alley and then bam, go all thuggy and snatch their food. Very dirty these Wigeons, recommend keeping an eye on your camera when you are out in the field around them.

That’s a wrap folks – I have a few days off of work which should give me some extra times to get several posts out. Stay tuned.

8 thoughts on “The Wigs”