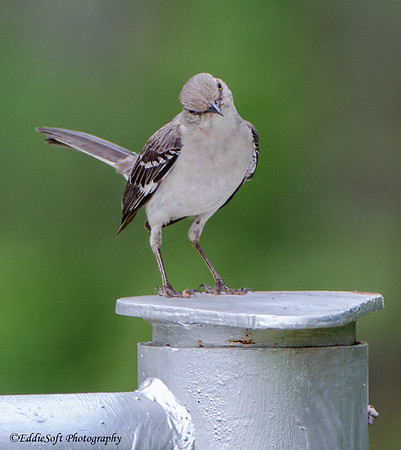 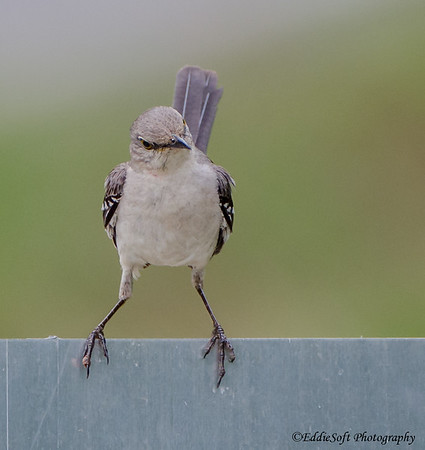 “You gotta problem with me Mr. Big Glass pansy – did your mother pick out that hat before handing you a carpet square and a carton of milk – can you read between the gaps in my left foot…are you gonna move along or shall I mock you a third time?” One HARSH bird. Just about took out my phone to speed dialed my brother Ron to see if his natural born killer cats could make a quick road trip. As I said, this wasn’t just a one time event. Check out some of the images in the first post I made featuring a Mockingbird (link here – third one in will burn a hole through ya). To be quite frank, this isn’t really that big of a bird to be browbeating strangers. Basically just a Robin dressed up in grays, blacks and some whites vs say an Eagle or an Osprey which has the goods to back up their intimidating poses. Needless to say, this particular wasn’t going to get the best of me – nope, The Beast wasn’t going anywhere until a sufficient number of shots made it into the tin – “take that you poser!”. 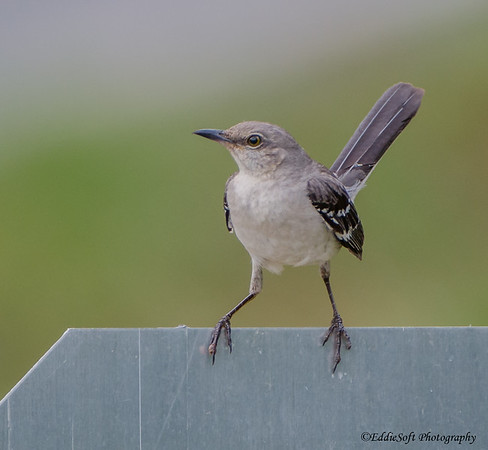 For those not familiar with the Northern Mockingbird, they are one of the easier birds to identify in the field. Their overall grey palette with the two wing bars is a pretty good indicator and will at least separate it from their other family member the Gray Catbird which is void of the wing bars and has a black cap. The easy confirmation is if you can get one to take flight. They have a large white patch on each wing that removes all question on what it is. 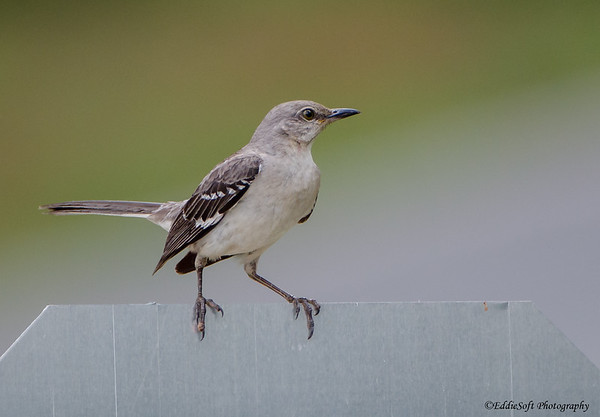 As evident from the shots, they are a fairly confident and willing to be quite animated when encountered. Should be no problem getting any particular pose you desire as they are quite the thespian when trying to ward off intruders. Might also want to carry a set of earplugs as they’ll chatter up a storm as they go through their interpretations of other birds and even forest neighbors like frogs – thus the “Mocking” namesake. You might be led to assume that the “Northern” part implies it hangs out in Canada and possibly the northern states. Truth is the range is everywhere but, having a region that just ranges to the northeast tip and then covers the entire bottom half of the states and deep into Central America. 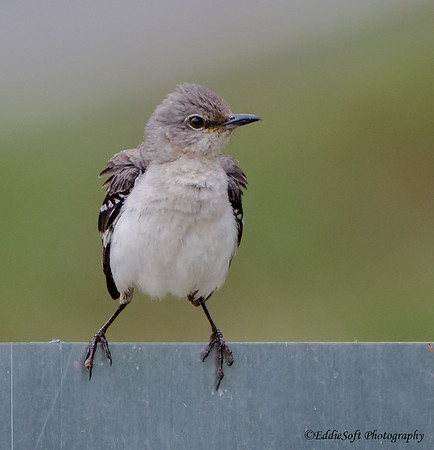 The above picture demonstrates my reference to the Two-Face episode. Get another angle and suddenly it looks like someone you would bring home to mom. Still giving me the finger, but at least it doesn’t look like it wants to rip my head off and call some friends in for a game of kickball …err kickhead rather. 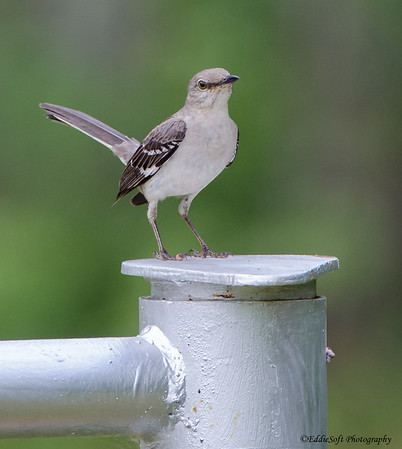 Not much else to say about this particular bird – I’ll spare you the angry tirade that occurred after I made reference to its short stubby wings being fit for a Dodo Bird …apparently that touched a nerve.

Oh well, have to go deal with some remodeling work in the bathroom (yes, finally getting that back together after the demo nearly killed me)