Welcome to February everyone! Not sure how to feel about that yet. On one hand glad to be past the worst of the Polar Vortex which will hopefully allow me to get off that instrument from hell … the treadmill. On the flip side, I am officially one month closer to the 50K which translates to one notch higher on the stressometer. Oh, it also means the post counter goes back to zero so make that two notches on the stressometer. The best way to keep that under control is to start early and that means not a moment to spare. Let’s go back to the spoils from the Vegas trip last November. 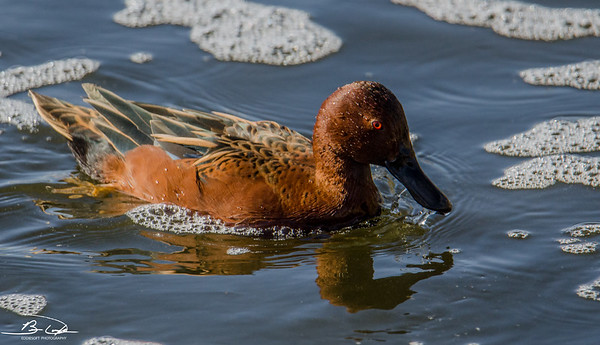 This particular specimen is referred to as a Cinnamon Teal. Not a big stretch to guess how this Teal got its name. Linda and I were nearing the completion of the pond circuit at the Henderson Bird Viewing Preserve when we noticed an individual pointing above average glass towards the corner of a nearby pond. Talk about a dog whistle for photographers. We slowly made our way over there being very careful not to disturb whatever he was focused on. Eventually I made it to a point where I could see the area of water that was holding his attention. Excitement dimmed just a a bit as his rapid-fire shutter was waving at a Snowy Egret hanging out near the edge of the water. Don’t get me wrong, Egrets are pretty cool, but if there is one sure bet you are going to see at Henderson, it’s a Snowie. Out of courtesy, we hung back until he was satisfied with his shots – not sure he ever knew we were there. 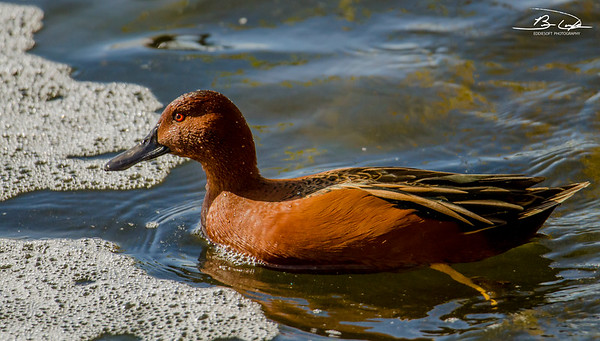