Howdy everyone! Been awhile I know. Truth is this month has been unbelievably busy… hell, for that matter the last two months have been burning at both ends. The summer months are usually filled with keeping the acreage under control and now with trails added to the running circuit my remaining evenings and weekends are spent on the hills or in the gym. Also thought it was time to give my other blog some love so cranked out a few posts over there to keep their hate mail down. Figured I’d go ahead and throw a post out there to get back in the groove. 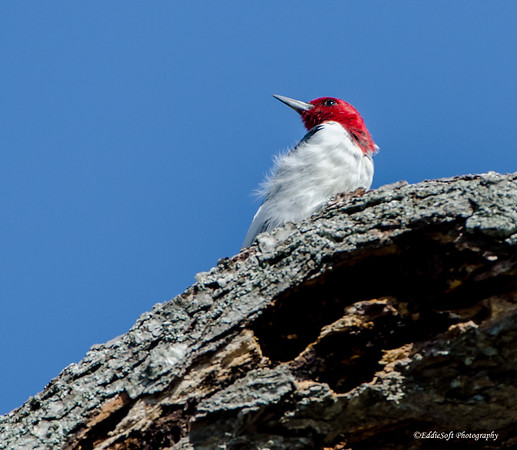 Technically, this is not a new bird to the blog and definitely not a new check in my birding list. Nope, this colorful bird has been showing up here at random times since 2008 usually as part of a broader bird collection post or a side find while out birding Jubilee State Park or other nearby birding hotspots. Today, the mature male Red-Headed Woodpecker gets a post all to itself to show off those brilliant colors. 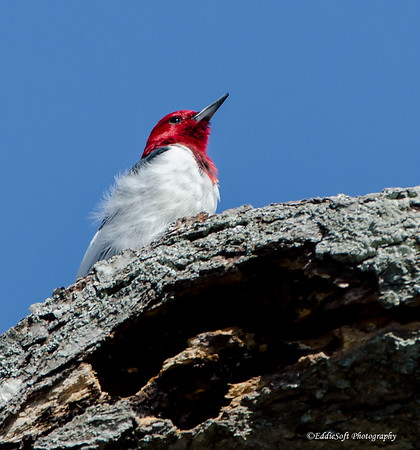 Hit the jump to see a few more shots of this pretty bird.

This fine specimen comes courtesy of a birding trip Linda and I took back in April 2015. Yeah, I know it was a few years ago, but I’ve been feasting on all the finds from the recent Texas trips and unfortunately letting my queue grow long in the teeth. You will probably be seeing a lot of my older stuff as I try to get that back under control…wondering if anything in my life is under control at the moment. 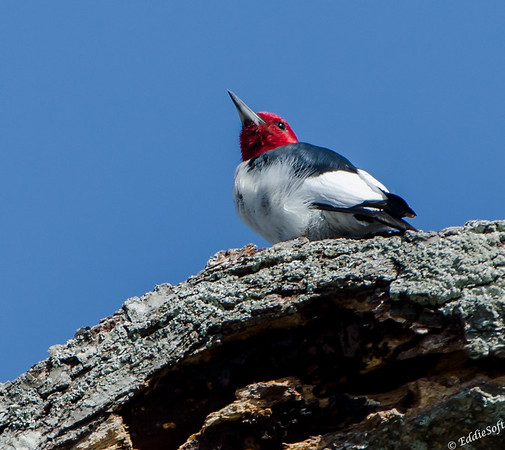 So this cute specimen was found while we were hiking around Kentucky Lake. One of those days where the deep blue cloudless sky worked in my favor as it contrasted nicely against the bright reds and whites that adorn this dagger wielding Pecker. 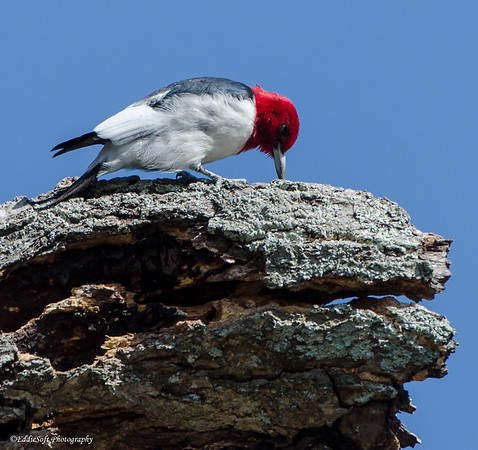 Up until the last two years, the Red-Headed Woodpecker was considered a special treat whenever we came upon it out in the field. Their sightings were fairly rare around here with one making an occasional appearance as it passed through the forest assessing the various dead trees for juicy bugs. The Downies and the Red-Bellied Woodpeckers were the more dominant tree bangers in the area. For some reason there has been a bit of a swap the last two years. The Downies and Red-Bellies have become less abundant – still around but maybe only one or two specimens flying through the backyard at a time playing a bird version of tag or eyeing the sunflowers in our feeders. 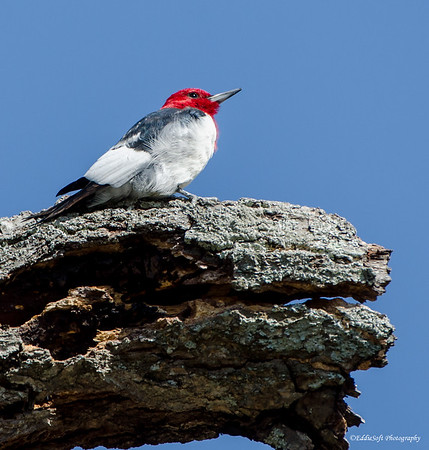 In contrast, the Red-Heads have exploded around me to the point it is odd when I do not see one at some point in the day… and it isn’t just around here. Seems like every trip I take I see more and more of them. South of us, North of us, West and even East, there they are. It is quite possible that I am just more observant that I used to be, possibly, but not likely. I honestly think the Red-head is in some form of resurgence. Anybody out there having a similar experience? 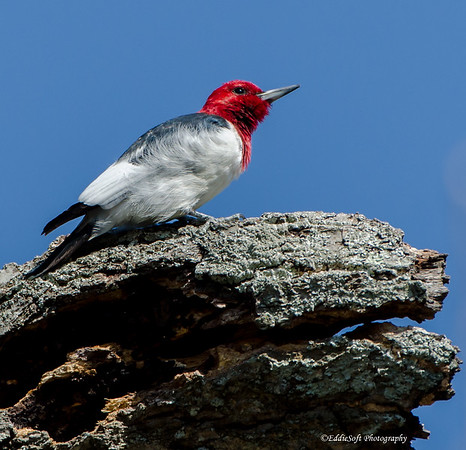 To be honest, there is a bit of redemption with this post. In a recent talk I gave at a local chapter of the Audobon Society, I brought up the point that a blog is a perfect medium to to mark your progression in an interest. In my case, wildlife photography… in particular the feathered kind (as you are aware) has been a primary topic since I started my blogs over 10 years ago. Essentially I have a decade of reference materials documenting my photography journey. Still have a loooooooong way to go and more areas of improvement than I care to admit, but it is nice to see some improvement over those early days. Take for instance my first post on the juvenile version of this particular species. I played the semantics game a bit earlier when I said this was the first featured post – my previous version focused on the juvenile which I was unable to identify at the time. That post was back in May 2008 (link here). Wow, were those some bad shots hehehe. As a well known photographer routinely states – one fuzzy one is a mistake – a whole bunch of them is a “style”! 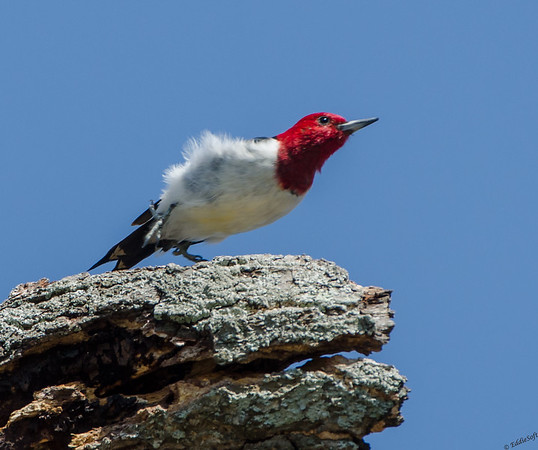 Nice to know there is at least some improvement – of course, better equipment never hurts. Anyway, time to call it a night. The pillow is calling and it’s up early again tomorrow for another full day. Stay cool everyone, and see you again real soon now.