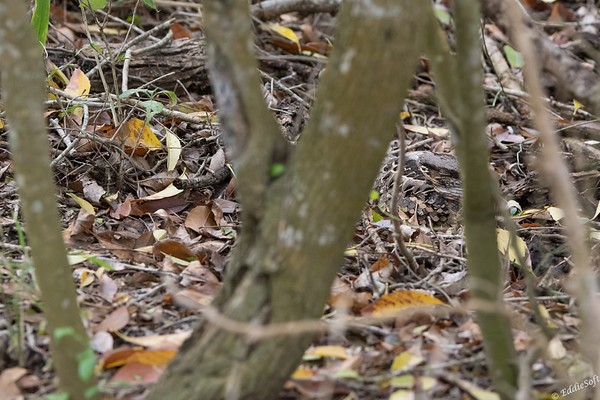 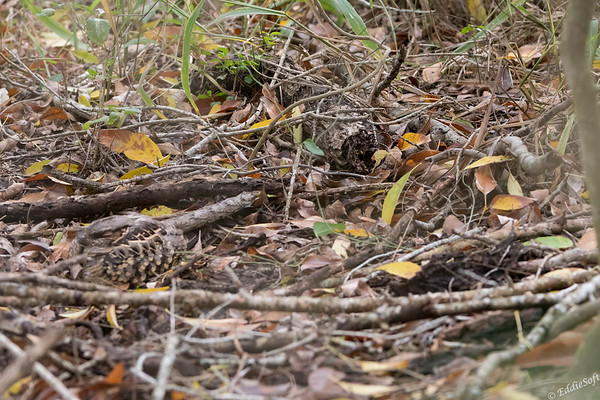 The volunteer brought us to a clump of dense trees where a lady was peering into some underbrush – we later found out it was his wife who was also a refuge volunteer. Discussion followed between the two trying to determine if what they were looking for was still there. Honestly, I couldn’t see any Parrots, and there wasn’t any tell-tale signs of wickets, hoops and balls. Basically stood there and smiled half thinking this was a Boy Scout Snipe hunt. Then the guy announced he had found it and pointed in the supposed direction.

Okay, can you see it now? 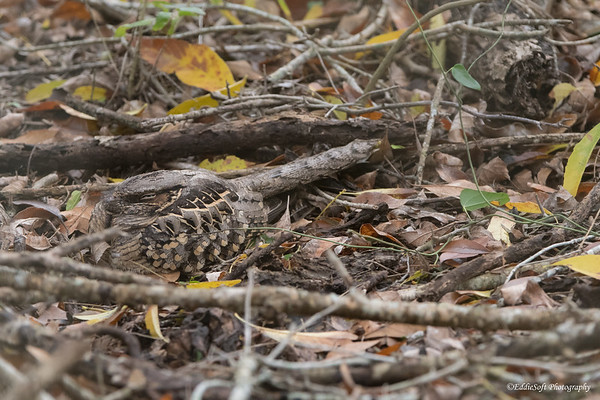 Guessing to no one’s surprise, I had misheard the volunteer. Apparently Parrots don’t play croquet. There was however a bird sleeping among the brush – perfectly camouflaged in the browns, tans and greys that color the ground under the surrounding shrubs and trees. There it was, just sitting there sleeping away in broad daylight. It was impossible to get a clean shot at it thanks to the thick branches between us. Finally found a small opening to get these shots – there was nothing I could do about that remaining small twig covering its chest. Not wanting to embarrass myself, I opted to ask another ranger what this bird was – a member of the Nightjar family called a Common Parraplaysroque… err, sorry, my fact checking department has alerted me the real name of this Nightjar is the Common Pauraque. 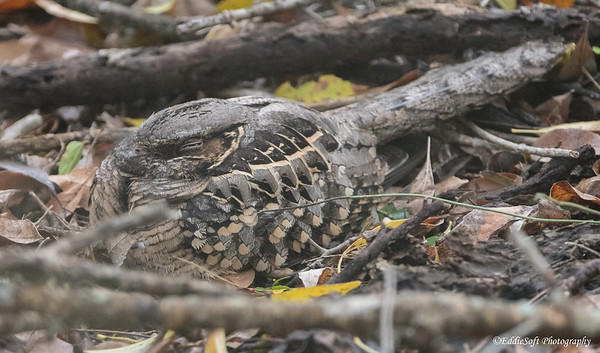 Cornell confirms what we already knew – they are very well camouflaged. I wonder how many people had simply walked by that section without a clue of the Pauraque’s presence. From a region perspective, this species is another one that only reaches the very southern tip of Texas preferring the Central America and northern South America coastlines. One interesting trait they noted is the Pauraque has the ability to use its very small legs to leap off the ground to snag low-flying insects over a meter off the ground. I did manage to get this head on shot, but again, this bird had a picked a perfect location for an undisturbed rest. 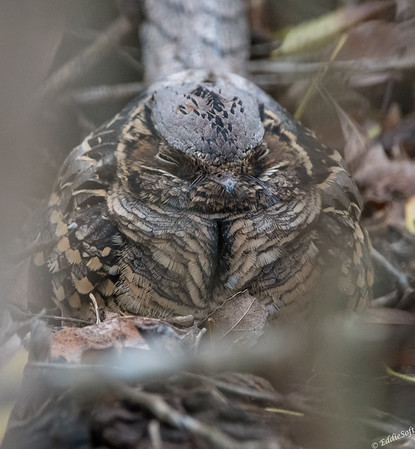 As if the find wasn’t satisfying enough, this encounter ends with one of the most uplifting experiences I have had (and thus why it was a good fit to provide the Ying for my earlier bad Yang). Later that day, I circled back to get a few wide angle camo pictures to use on this post (trust me, I’m always thinking about the posts ha). There was an older gentleman walking 20 to 30 feet from where the volunteer had pointed out the bird. He had a camera hanging from his neck and was accompanied by two ladies and a young girl with binoculars around her neck. Someone had given him a general direction to the bird, but he was busy apologizing to the girl that it must have left. I politely asked him if he was looking for “the” bird which he confirmed. Similar to the guidance provided me earlier, I brought him over to the real location and directed his eyes to the proper place. Eventually he spotted it and called for his granddaughter to come over to see it. The sheer joy he showed pointing out the bird made my heart grow “three sizes” that day. If his granddaughter didn’t have a love for birding before then, she was officially hooked at the sight of this resting Nightjar. We talked a bit and I learned they were from Cleveland – definitely not going to see this bird up there! I had to get back to Linda so said our goodbyes and headed off feeling good I was able to pay it forward from the helpful volunteer earlier.

Take it easy everyone and remember to honor those that took the time to help you out over the years!

11 thoughts on “Paying It Forward”