Greetings everyone!  I would like take this opportunity to officially welcome my brother Ron to the photography blogging world (cheers, hoorays, clowns.. wait scratch that last evil thought).  If you would like to check out his new site, you can visit it by either using the Blog link area in the right navigation pane our simply go here http://rondoerflerphotography.net (link here). Of course, to rub in his superior cache of birds, he leads off with a bird I do not have (dammit!).  If that wasn’t enough he includes photos of bird babies which … wait for it .. .wait for it … I do not have either.  Now before you go feeling too bad for me — and you should be by now — this foray into the wildlife blogging arena comes at an expense.  One trait of my middle brother is he is extremely competitive.  My other brother and I have just learned to live with this unique trait Ron has from the rest of our family – we considered an intervention many years back, but decided it would become a contest on how long he could hold out and opted to not waste the time.  It is because of this trait I had to break down and create an official set of birding rules for us.  This official list can be found on a previous post (link here).  Please take note of Rule 06: If you have a working blog you must feature the bird before counting.  Guess what folks, Ron has a birding blog.  As explicitly stated in our official birding rules, he now has to feature every bird on the blog before it can be officially counted.  I kind of feel bad for him.  Well, for a few minutes at least, but then I realized I was up on him like 160 to TWO (although, I am not competitive).    Regardless, check out Ron’s site – he has that thing looking really sharp.

To be honest, this post is mainly to welcome Ron and picked a post topic that I didn’t need to spend a lot of time on. 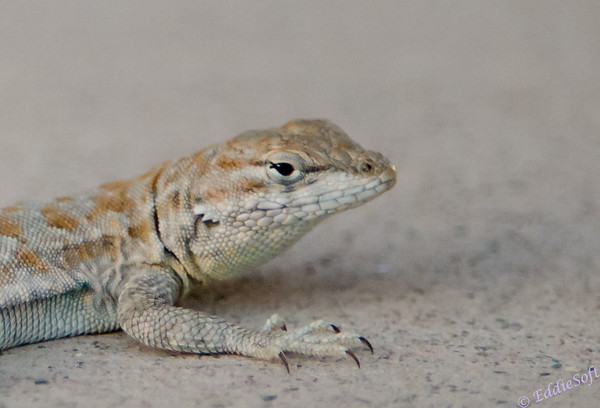 That my friends is what I refer to as a Lizard.  I can also tell you that my lovely wife always refers to them as snakes with legs.  This specifically means she gets near hysterical when she sees one and has a tendency to rip my clothes to pieces trying to hide behind me (don’t believe me, ASK HER).

Unlike my wife, I hope you like looking at picture of Lizards I took out on our trip to Vegas.

Hit the jump to see a few more Lizard shots! 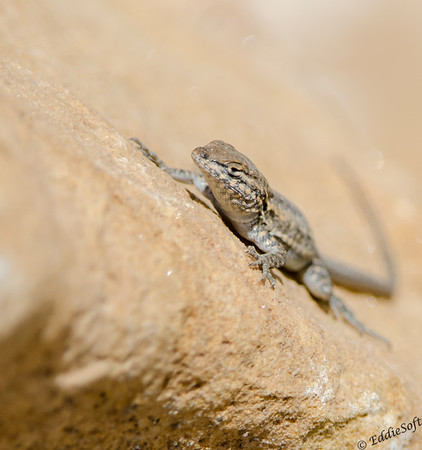 As mentioned in the header, I specifically chose a blog topic that wouldn’t require a lot of work.  That was a coded sentence that translates into .. hope you like purdy pictures ’cause I know nuttin about Lizards hehehehe. 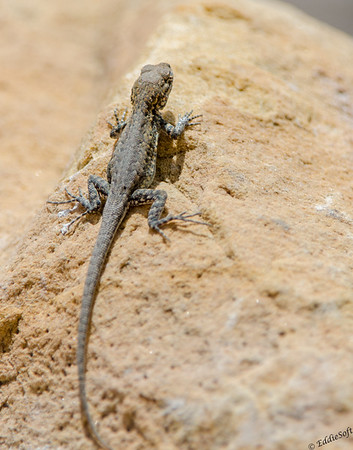 I did take a few minutes to try and identify a couple of them for you, but it turned out to be almost as difficult as trying to identify a juvenile Sparrow.  Um, well it is brownish, it has a tail, it has four feet, kinda has a stripe or two … tell me what it is Google…. 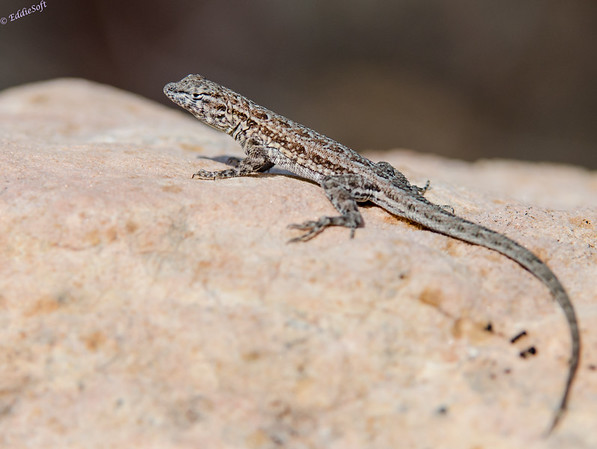 That either brought back a blurb on how they are basically snakes with feet – apparently Linda has been cataloged by Google or brought me back 6,343, 654 images.  Guess what, I don’t care about Lizards enough to dig through that many images. 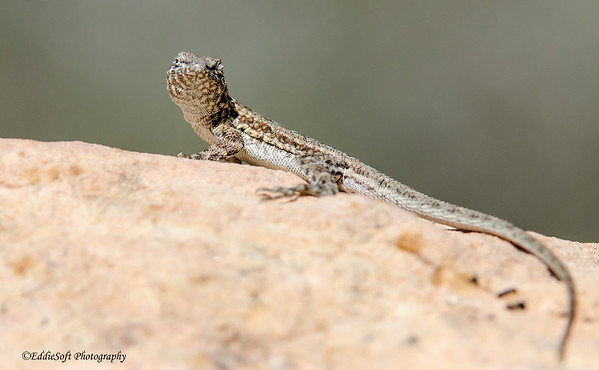 They are awfully cute though.  The one above and below was pretty curious of the Beast and was busy checking himself out in the glass.  I can point out that these were taken either at the Valley of Fire State Park or Red Rock Canyon in Nevada (both near the Vegas area). 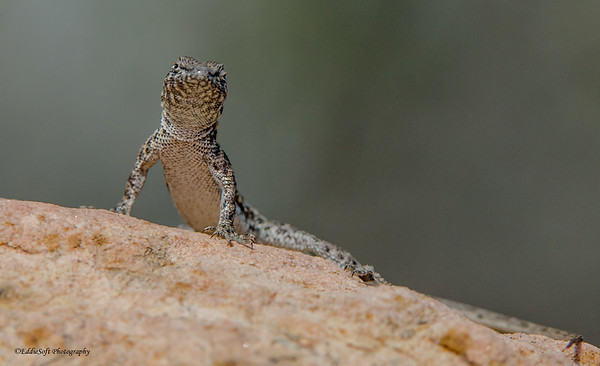 Guessing the birding wasn’t going to well at those places because I took a ton of Lizard shots.  Just putting up a sample here for you to enjoy.  If I get short on blogging material I might put out part two of this series.  Wait, I just finished processing the shots from out Texas trip – I have fodder until 2019! 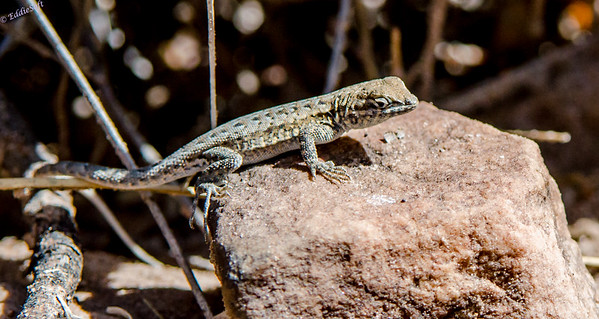 Note, I did try to identify this dude since it had a distinct marking on its neck.  Google two stripes neck Lizard Nevada. 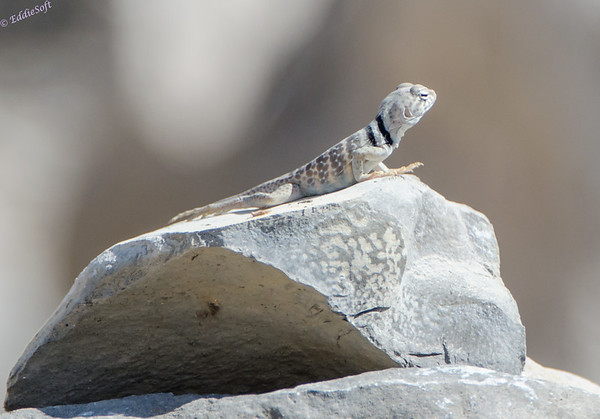 Oh well, I should probably close out this post before Linda sees me typing it up and goes into hysterics.  Before I do that, though I will give you a shot of the real Lizard King… 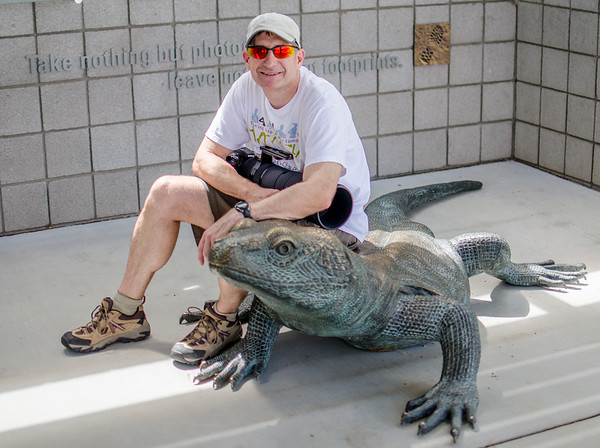 ….that’s right, I went, I saw and I tamed that wild huge ass Lizard and made it my bi…. oh crap, Linda just saw the Lizards on my computer screen .. gotta go.

2 thoughts on “The Lizard King”