Howdy everyone!  Seems like it has been ages since my last post, but that is likely due to the extra high output over the last couple of months leading up to the last post.  One of the reasons for the delay was taking some time to work up another non-birding post – kind of a theme this month and figured I would keep it going at least one more post.  Not sure how much longer I can hold out on the birds though, developing a horrible twitch from the withdrawal hehehe. 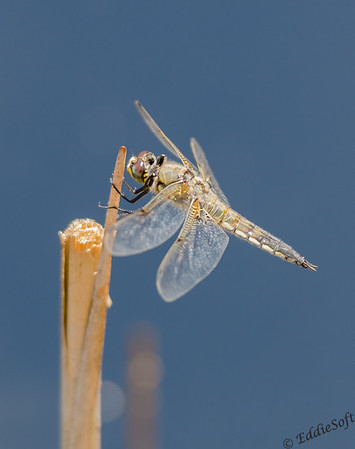 The good news is my brother and I were able to bird last Saturday up at Chain O’ Lakes State Park.  We took a 6 hour hike starting at 9am and then caught an hour or so after catching a bite to eat.  Unfortunately, it was pretty damn cold out with the temps dropping down to 23 the night before with a healthy dose of snow and sleet to accompany us on the drive up.  On the positive side, we had a dry day with plenty of sunshine that brought out a lot of birds for us to shoot.  I’ll catch you up on the day’s tin loading at another time but it is highly likely there was at least a +1 for each of us that day – Yeah! 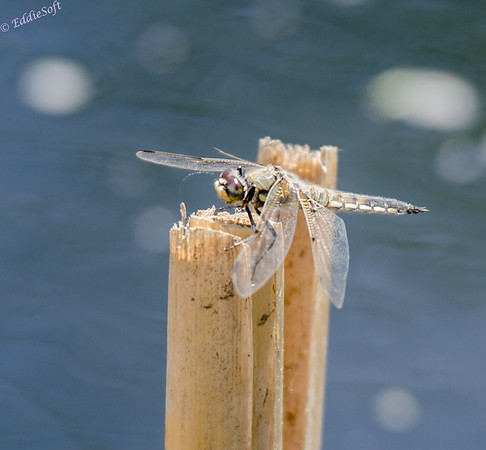 Hit the jump to read the rest of the post!

I should probably get back on topic seeing as how I am just about out of shots.  This little lady was spotted while at Denver’s Botanical Gardens.  We dropped by there on our return leg from a Yellowstone National Park visit back in May 2013.  That location provided a large amount of fodder for this blog including the previous lily post, another on statues (link here) and even my first encounter with a Black-Crowned Night-Heron (link here).  The dragonfly today cost me a lot of time thanks to being unable to identify it.  I’ve posted numerous dragonfly images in the past (usually due to not having birds to shoot at the time).  For those posts I was actually able to provide the species name – this time … ummm nope.  This thing is impossible to figure out.  After many hours of scouring the net, determined it must be a female and therefore, like a juvi sparrow, way to hard to identify.  I do think it is a Common Dragonfly, but don’t hold me to it. 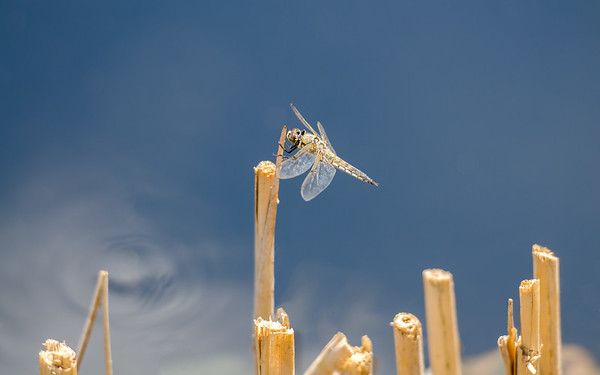 I should point out that I did have to work the first and last picture quite heavily – at first I liked all the sun spots, but in the end opted to simply remove them.. helps add to the serenity of the shot.

Lastly, I thought I would throw in a shot of a Damselfly to round out the post.

Oh, and this is one of those I can identify – a Blue Damselfly.  If only they were all that easy to identify.  Hope you enjoyed another non-birding post!