I must admit I’m mentally drained at the moment.  For the last two days, I’ve been attending a presentation skills class.  That translates to 2 days of being videotaped giving presentations, getting critiqued by the instructor and peers topped off by a self assessment by watching your video.  There’s the concept of being outside of one’s comfort zone, but stepping out to Pluto is a better analogy at this point. Now that it is over, I can say I did learned a lot (and absolutely confirmed I dislike watching myself on video!).  This will take some work to implement in the field but the hard part is over.  Since there is not much left of me at the moment, figured it was a perfect time to start clearing out the Yellowstone pictures.  Today’s post will be more of a dump of pictures that didn’t warrant their own post, but thought you might enjoy viewing the other sights found at our favorite National Park.

Let’s start with an interesting pairing. 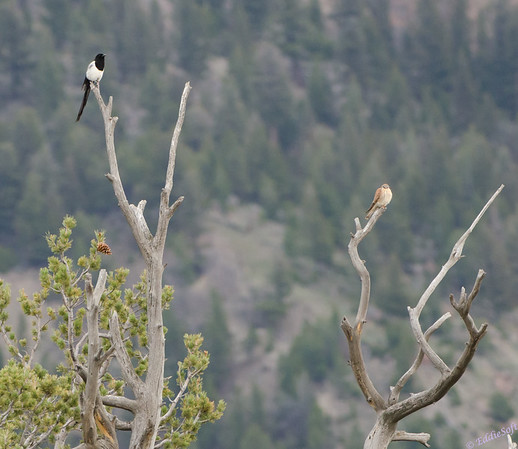 That would be a Magpie and a Kestrel hanging out on a dead tree.  Two meat eaters enjoying the day while talking about the best ways to marinate a dead mouse. 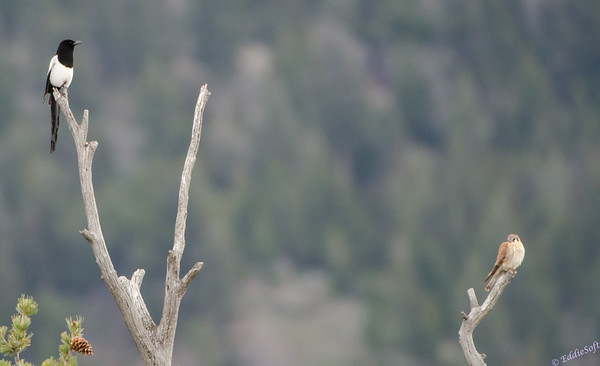 The next bird is no stranger to this blog.  There is something about those Ravens that have always intrigued me.  Thinking it might have something to do with the wide variety of expressions they display.  Either that, or the fact they are so damn huge – and therefore have little fear when The Beast gets pointed in their direction. 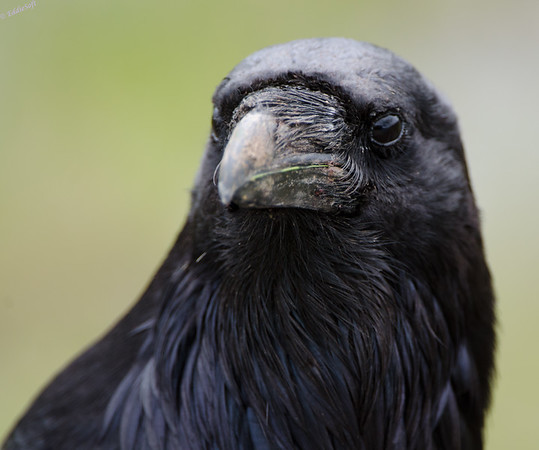 So above is the stoic portrait.  Below is the classic side profile which gives an excellent view of the hairs at the base of their daunting beaks.

Hit the jump to see some more pictures from Yellowstone.

Did I mention they are huge!  Strutting around like they owns the place. 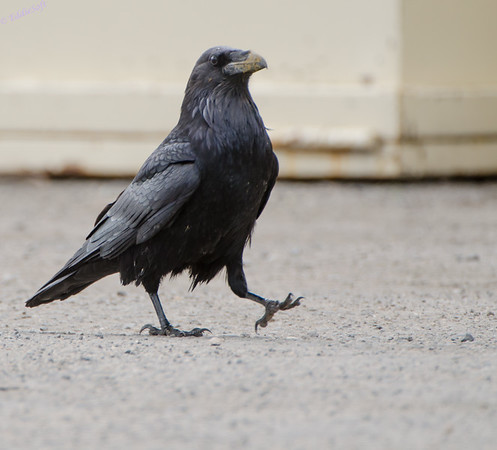 On to a flock of Common Mergansers – looks like one of the males is getting all the action.

Pretty sure this next couple are American Wigeons.  Oddly enough, I didn’t know these were actually in the tin.

I was elated when Ron and I got these at the Chain O’ Lakes State Park (link here) back in May 2015 – at the time it was the +1 for the list.  Little did I know I had them two years earlier.

Sticking with the duck theme..

That would be a male Lesser Scaup hanging out in one of the park’s lakes.  Pretty happy to see these come out half way decent.  I’ve had the Lesser on my list for a while (link here), but those pics were pretty crappy – upgrade to my Life List. 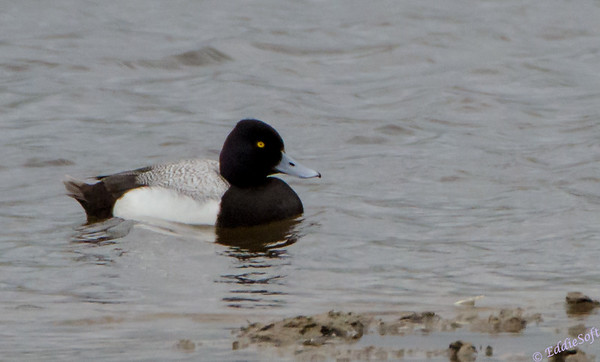 … and of course we have the females

The Wolf sightings were pretty weak on this trip.  We did find two hanging out in some rolling hills.  Trust me, these were a looooong way off.  Once again, thanks to the 1.4 tele reach was able to make out the shapes.  It was disappointing in the darkroom to find out both of these specimens were collard.

I really liked how these Sandhill Crane shots came out.  One of these will definitely get added to the bird list portfolio. 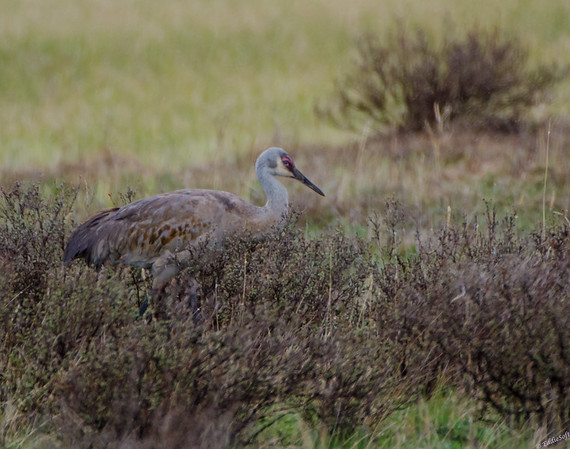 Incredible how well these birds blend into the background.  If they were a little shorter you would likely never even see them.

Good luck on this next one boys and girls.  I am going with a Trumpeter Swan since they are pretty common out there.  These are not the best shots to be able to distinguish them from the Tundra Swan. 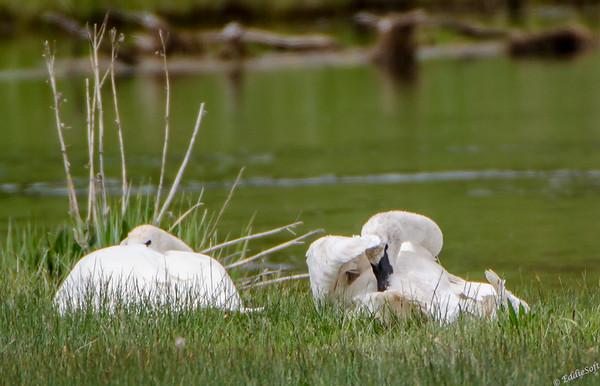 You really need a closer shot of the black at the base of the bill to officially make the call.  It would also help if you could see their neck/head posture (I actually have those shots as well, but though these were more interesting).

We stumbled on this Great Blue Heron hanging out in some trees on the other side of a stream.  Although a tad soft if you look close, I really liked the composition. 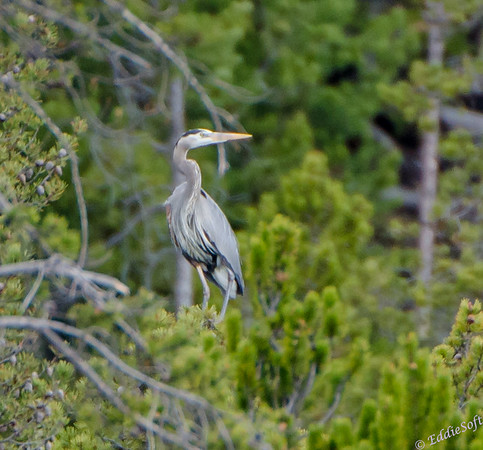 Once again, rig was at the extent of its reach.  The tripod took out some of the jitters, but really too far to compensate for the feather and tree movements. 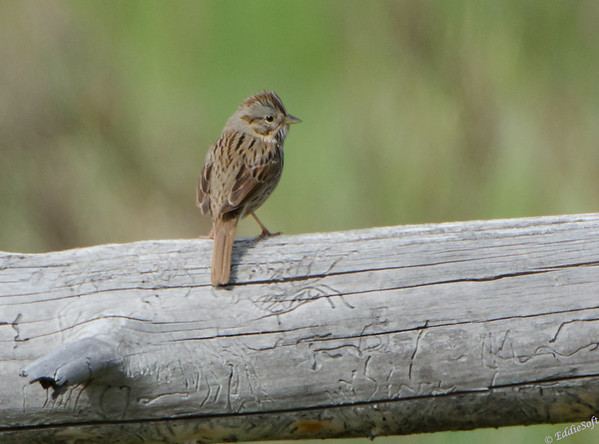 I totally suck at identifying these Sparrows – especially the juvis which looks to be the case here.  Note, I thought the buffy spot along the sides of the neck would give a clue to the identification, but really couldn’t match it up with any of my reference books.

Pretty confident the next one is a Mountain Bluebird.  This one was actually shot in the Grand Tetons on our way back home.

There were plenty of this vibrant specimens out in about. 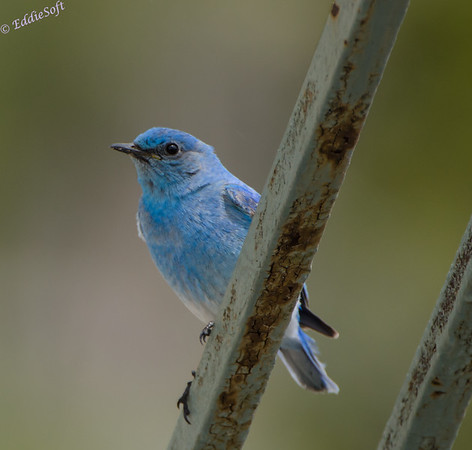 This particular one decided to give me the stink eye.

A little on the fence about this one, but going with a Western Scrub-Jay 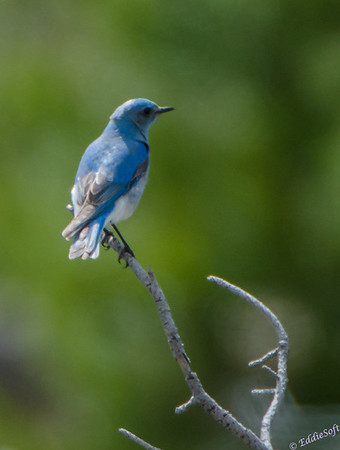 However, no doubt this one is a Scrub-Jay (on the right).  That would be another little brown jobber on the left.  In the same vein of the first pictures in this post, I liked the balance of the two birds in the frame.

And there you have it, the first in a multi-part series to clear out the Yellowstone shots.  Time to go lift, check in on some work emails and hit the sack – Bri be sleepy.

3 thoughts on “Cleaning Out Yellowstone – Part 1”