Howdy everyone!  I’m back with another post in another desperate attempt to hit my quota this month.  To give a little insight into the workflow that occurs around here at LifeIntrigued, there are times when I panic and times when I’m just acutely aware that my output needs to be ramped up.  Panic is reserved for those times I have nothing in the hopper, no pictures processed and worse of all – no content ideas.  Contrasting that with the much lower entry on the concern scale where I know I’m late but most of the pictures are processed already and best of all, there’s a topic already earmarked for at least the quota amount. 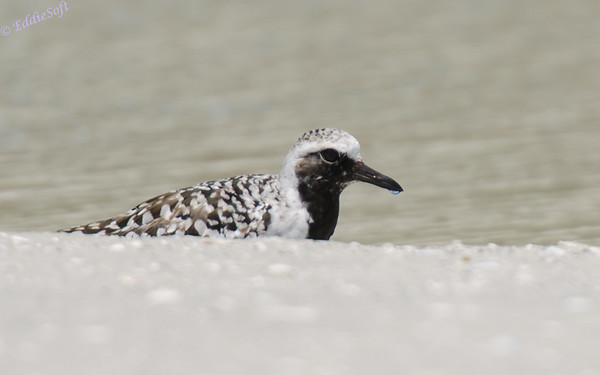 Fortunately for me, this month falls into the latter.  The pictures for this post and the next are already processed and the other topics have at least the theme identified with the raw shots already taken.  The best thing about having the picture processing done for the post is I can write it up from just about anywhere there is an Internet connection.  Take for example today where I’m coming to  you from a lonely road near Alton IL.  We were down here doing some errands and a little birding.  Thanks to Linda agreeing to drive – we get to spend the travel time cranking posts out – yeah! 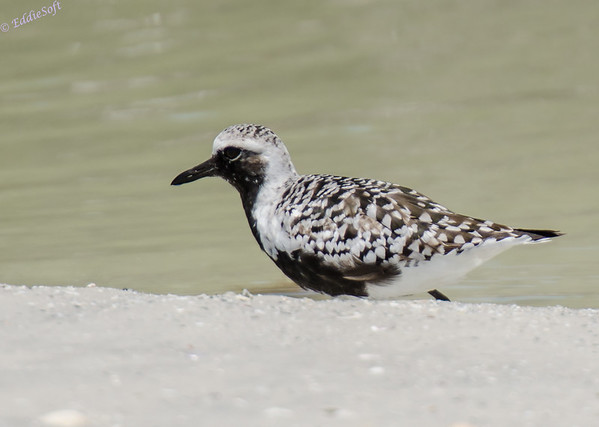 The reason for the background above is to help explain the reason the content of this post is slightly different than the title seems to imply.  Originally I thought another find at the Emiquon National Wildlife Refuge floodles was going to be the focus of the article.  I processed some very crappy pictures, posted them up on our Smugmug gallery and then loaded the images into a shell for the post.  Then a funny thing happened.   Going with the bird theme for most of this month, I decided it would be nice to pull a bird out of the Fort Myers shoot from several years back.  There are a number of good shots in that set worth showing everyone … and more importantly +1’s.  While locating the bird (foreshadowing) for that post the bird you have been looking at here popped up.  This started a serious search through every reference book on my shelf based on a suspicion. 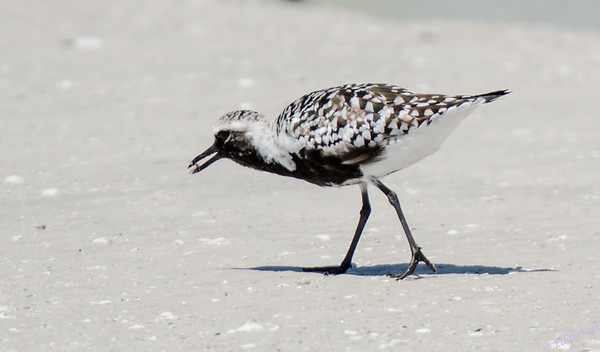 Please counter if you think my identification is off, but my conclusion is this is a Black-Bellied Plover.  The very same bird I was processing from Emiquon.  One major difference – the shots from Ft. Myers are faaaaar better than the soft shots from Emiquon.  You do, however, get to see some slightly different plumages (assuming I am right on the ID above).  Definitely overjoyed there were better shots in the tin!

Downside is my pre-saved title didn’t fit all the shots.  Sorry for the confusion, but I did leave the camo’d shots to give you some clue on how hard it was to locate this bird in the floodle shots.  It was found while tracking down the Red-Necked Phalarope discussed in the previous post.  It suddenly appeared for something like 5 or 8 frames and then it is completely gone from the area.  Looks like there was some form of commotion between some Lesser Yellowlegs that instigated the departure. 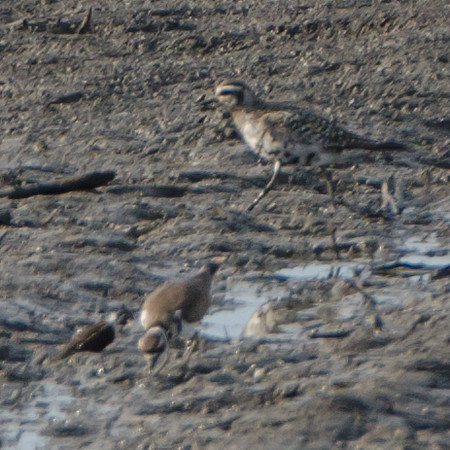 Of the frames it was in, it took every bit of zoom available to locate this perfectly cloaked bird in a distance part of the field well outside my center focus area – a polite way of saying another unintentional find.  For those familiar with the Killdeer, you know how hard it is to find them out in the field – can’t remember the number of times one would let out its annoying whistle and burst out our presence in the length of time it took for a Cub’s fan to convert from “this is the year” to “it’s definitely next year” (riiiiiiggggghhhht).  The Killdeer above is far easier to find than the Black-Bellied hidden above it.  If Ron and I had not doubled back to find the Phalaropes this catch would have definitely gone unnoticed.  I still can’t believe how well they are marked for mucking around in floodles.

Oh no, out of pictures already.  Eesh, let’s get to some facts and close this puppy up.  According to our friends over at Wikipedia, the Black-Bellied goes by the Grey Plover outside North America.  They are the largest Plover in North America and pretty much just hang out on the coasts according to the region maps.  Guessing the one we saw at Emiquon was migrating from the breeding area in the Arctic regions to the warmer coasts for Winter.  Cornell indicates these birds are ultra alarmists (maybe Globull Warming pundits should pick it as their mascot) and leveraged as a shorebird gathering ADT.  This helps explain it taking flight when the dustup happened with the other birds.  They are also the only American Plover to have a hind toe.  By association this would make the Black-Bellied the only American Plover to be able to open bottles of beer – again, making sense that they are alarmists because they do not want to get caught by the floodle police for having open alcohol in the water!  To close on a happy note, they do carry the Least Concern Conservation Status (yeah!).

That’s all I have for this +1 in the list.  I will have to correct my stats and indicate it was first shot in Ft. Myers and not Emiquon.  Trust me, I’ll be back soon.  In the meantime I’m watching cobwebs form on my comments engine.