Greetings all… welcome to October posting.  About time I got around to this, but I was hoping at least one comment would come in, but alas I’m like a month out now and nada, zip, chirp chirp chirp.  Oh well, I guess life will go on.  Truth be told I’ve been horribly busy as of late and just now getting over the brunt of it.  There are plenty of posts coming up to highlight all the interesting activities, but as a foreshadowing, this month brought about another long race and our annual Halloween Cookout.  Jumping back to the now, let me introduce you to my little friend.

On a bit of confession here. I must admit that I was not actively aware I had this specific bird in the tin.  In fact, the opinion was just the opposite – total disappointment over having missed a great opportunity to get a +1 for the day’s birding efforts.  At least a month or so back I was birding with my brother at one of my favorite spots – Emiquon National Wildlife Refuge.  Ron had come down the night before in hopes of scouting out some large floodles that had formed in the area. 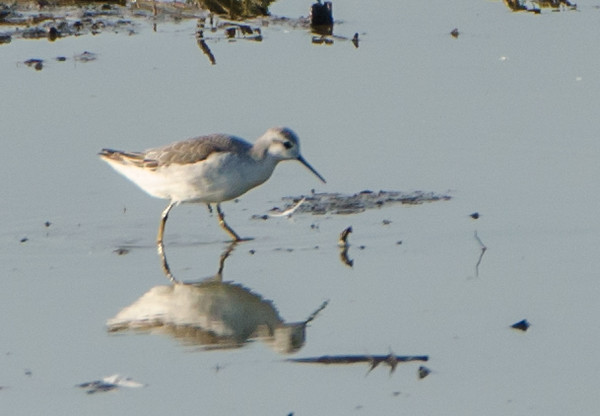 There were a number of posts out on IBET documenting interesting shorebirds that were frequenting the area.  With the general bird watching opportunities turning quite dull, the chance to add some Pipers and like to the birding list was an exciting opportunity.  We arrived at the area (on the Dickson Mounds road believe it is Rt 9) fairly early in the morning.  In our first pass we noticed a tremendous amount of activity out in the fields to the left.  On our way back we ended up pulling into a wide spot and walking back to see what we could shoot.

To say there was at least a thousand various birds there would probably be an understatement.  I am horrible at counting large gatherings so that might be off by 6 or so.  Guess what birders do when faced with an onslaught of opportunity?  That’s correct, we shoot the living shit out of the area.  Snap, shift, snap, shift, snap shift snap, snap snap, shift, snap until your index finger starts to hate you.    Main target was an American Avocet we had been alerted to along with a bunch of Black-Necked Stilts.  Both being +1’s for Ron (nothing for me).  We had those in the tin quickly and moved on to the rest of the massing. 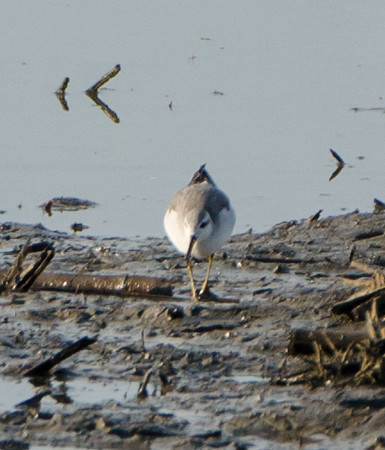 There were a ton of interesting sightings that we would relay to each other over the sound of our shutters.  It didn’t take us long to filter out the Killdeers which were everywhere.  Instead, we focused on the more interesting Pipers, Egrets and even coyotes who were hunting the trapped carp in the flooded field.  Oh, the reason for these perfect shorebird conditions was the dyke had broken during the recent flooding.  We even ran into a friend from work who was also out enjoying the birding hobby.

After spending a number of hours there we decided to pack up and head out to another location in hopes of locating a bird that had been getting some good press on the birding newsgroups.  While grabbing a bite to eat we confirmed there were some Phalaropes spotted at our destination – awesome, these were not on my list yet.  That trek is best left for another post, but let’s just say we didn’t exactly score on that endeavor.  Somewhat dejected at the miss, we decided to make a quick run back to the original location.  To our surprise, most of the birds were GONE.  Even the water had dried up significantly since the morning.  Crap!  After a quick run through the observation area across the road, we called it a long day.  Ron had scored at least three +1’s with the Stilt, Avocet and the Snow Geese posted previously.  No Phalaropes – sigh.   Later we noticed postings that fellow birders had located both a Wilson’s and a Red-Necked Phalarope at the EXACT spot we were at in the morning.  To the pictures we went.

It took us a bit but we eventually realized we, in fact, had those birds in the tin already.  We were so busy taking as many birds as we could we didn’t notice that a few of them were quite interesting.  The bird you have been viewing in this post is of the Wilson’s Phalarope variety.  +1 baby for both of us!  What a relief.  Our previous disappointment was based on a missed fallacy.  Big thanks to the fellow birders that prompted us to take a second look.   Note, most of these pictures were zoomed way in – our shooting location was a long ways away from these particular birds and quite surprised they came out good enough to even tell it was a bird. 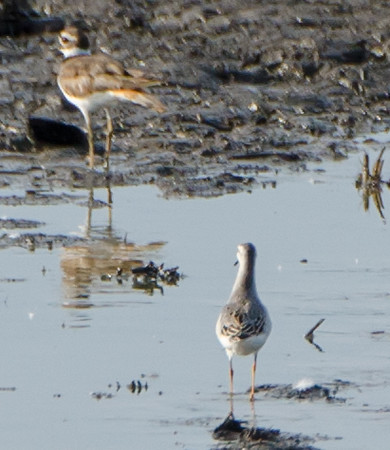 Wow, thought I had added more pictures that this.  Time to get to some interesting facts.  They are actually polyandrous meaning the males are burdened with tending the eggs and raising the young while the whor.. I mean females bug out and look for other mates.  They are unusually exact in their clutches producing exactly four eggs at a time.  Innovative, these birds often spin circles to product a whirlpool effect that draws food to the water’s surface – this was not witnessed by us that day.  They spend their Summers in Canada and then migrate through North America on their way to South America.  Best of all, they do carry the Least Concern Conservation Status – yeah!

That’s all I have for now folks.  Hope you enjoyed today’s +1 to the Birding Life List.  Time to work on pictures for the next post.  See you again real soon now!

4 thoughts on “A Missed Phalarope Fallacy”