Hoped you enjoy the previous relief from the bird posts. I like to mix it up a bit from time to time, but the bird shots clearly dominate my photography queue – at least at the moment. Working on a few more non-feather series and hoping to get them finished up before too long. Until then, you are once again subjected to our winged friends. 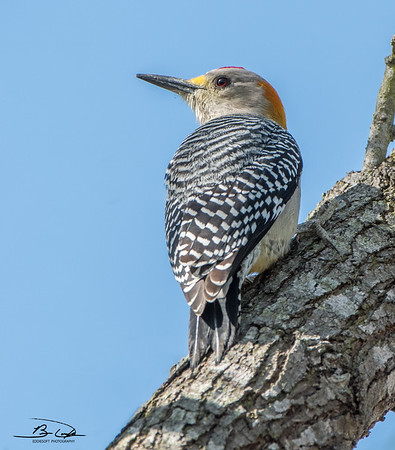 This series features the Golden-Fronted Woodpecker found on our trip to Texas back in the beginning of the year. This isn’t the first time this bird has been featured here at Intrigued. Back in February, this brightly colored species was honored from our trip to Texas in 2017 (link here). I personally think this is a better executed set of pictures – that first set suffered a bit from being in direct sunlight. 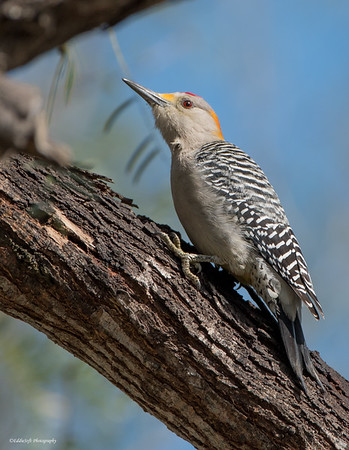 Hit the jump to see more shots of the Golden-Fronted Woodpecker.

If you haven’t figured it out by now, Texas is an incredible place to bird, especially if you are looking to escape the bitter cold of the Midwest in the heart of winter. A lot of birds are pushed down there to also escape the chill, but you also benefit from the rarer birds that come up from Central and South American. This provides a great opportunity to get checks alongside birds way too smart to vacation in a failed state like IL. The Golden-Fronted species is one of those Deep South birds choosing to bask in the sun in the heart of Texas down into most of Central America. 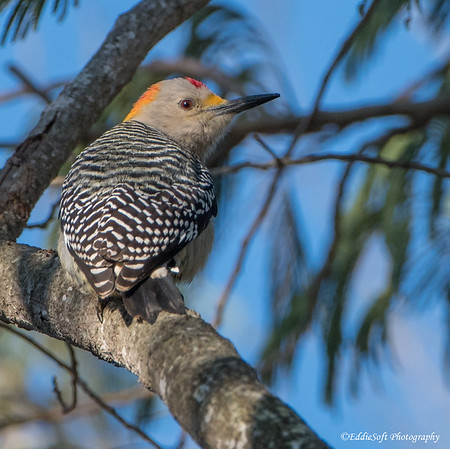 The good news is if you need this as a life bird you should have little trouble finding it if you are willing to travel to Texas. As you can tell from the posts, we were able to locate it on both our recent trips (in contrast to the Groove-Billed Ani which has managed to elude my three times now – very frustrating). The easiest place to locate this bird is at Laguna Atascosa National Wildlife Refuge. In fact it is such an easy find they literally have a sign that marks the spot to see them. Two trips to Atascosa, two walks to the sign and as indicated – two sightings of the Golden-Fronted Woodpecker – easy peasy, but don’t tell Ron. 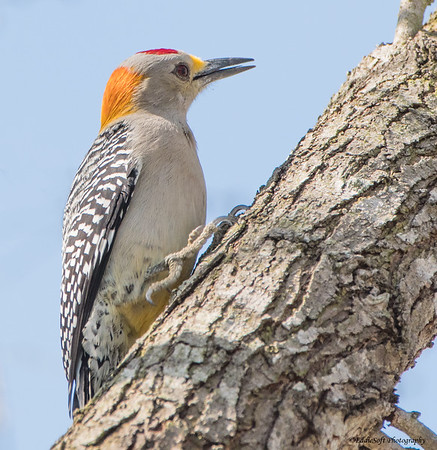 However, these shots were taken at Bentsen-Rio Grande Valley State Park. This is the first time we have had the opportunity to visit Bentsen, and thus unable to confirm whether this has the spotting consistency as Laguna. They do have one advantage over Laguna that is revealed further down in the post. The shot above gives a good view of the different aspects of this particular woodpecker. First of all, the female and the male share almost all of the key features. They both will sport the yellow patch in front of their eye at the base of the upper bill. They also have the yellowish coloring at the base of their breast. Admittedly, I missed this last feature in the field likely due to how close it sits to the trunk. Some quick searches on the Internet failed to validate if one of these features lead to the name – before seeing the yellow on the belly the hypothesis was the patch on the bill got the moniker. 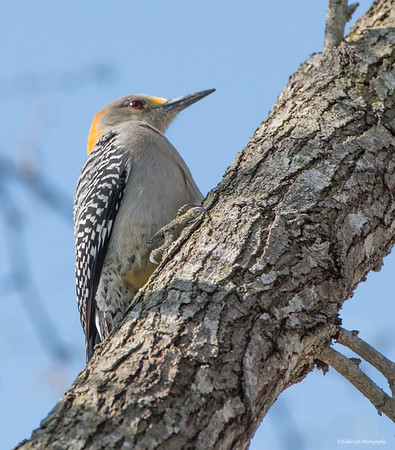 The males and the females also sport the golden (yellow to orange according to Cornell) patch on the back of the neck. Being that this is a Woodpecker, this is likely the feature that stands out when you come upon them in the field – the others will be obscured until they get done beating their head against the bark. Now, there is a distinguishable feature the sexes do not share. The red cap is unique to the male and the specimen below was gracious enough to give you a good look at it. 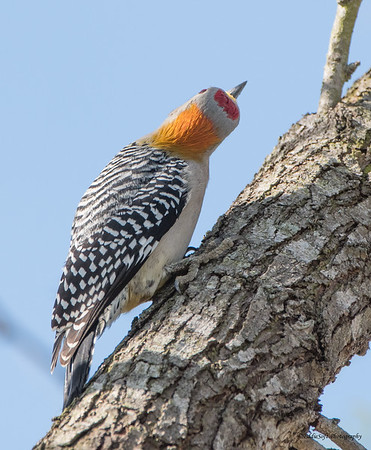 Based on that specificity, all the shots above are of the male – the specimen in the February post was a female being sans cap. To save you the trouble of having to bounce back to that other post, here is a shot of the female we located as we entered the park. It also reveals the advantage Bentsen has over Laguna… 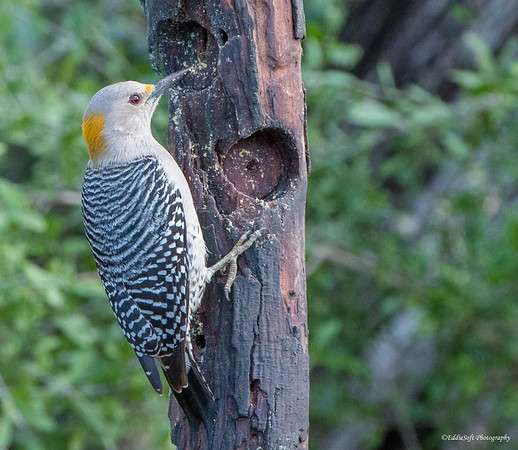 …feeders! Situated throughout the park are feeder areas with combinations of suet holders and regular seed feeders. A lot of them also have drip water birdbaths making it a perfect oasis for the local birds (including the variety that will be featured here in a few days). Here is even a better shot of the red patch on the male. 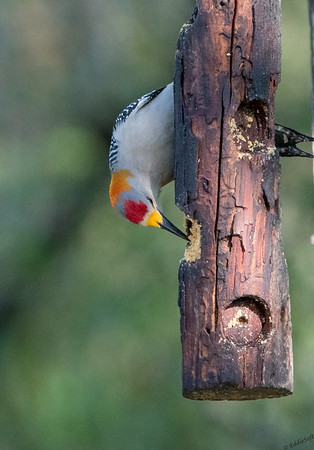 Not much else to say about the Golden-Fronted Woodpecker other than point out they have a very pretty reddish eye when they catch the sun just right – Cornell had very little on this particular Woodpecker. Hope you enjoyed looking at this better set of pictures. One of the best aspects of birding is even if you do not see something new, you can always entertain yourself by trying to get better images in the tin. I can’t wait to get back there and try to improve on these as well.

7 thoughts on “A Better Golden Pecker”