Welcome to the end of an extremely productive month. Think I cranked out like 15 posts in my big push to get some of the Texas Gulf Coast birding collection out. Pretty much got through most of the topics I wanted to, but now looking at a similar goal for February – unfortunately, I still need to process those pictures before those will be ready. In the meantime, thought I would go with a post that was alluded to in my Pelican vs Cormorant post (link here).

For my 16th post of the month going with a bit a dramatic, if not alarming experience also witnessed at Seawolf Park in Galveston, TX back in January 2017. 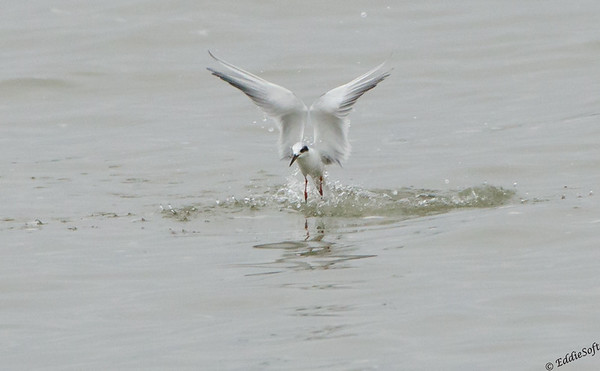 If you are not familiar with this bird, it is a member of the Tern family. These birds are pretty common in the area and spend their days patrolling the waterways for fish and shrimp that unsuspectingly venture to close to the surface. These Terns are truly a joy to watch as they spot their prey and hit the water with shocking force. Will say, they are easier to watch than actually get a decent picture of with big glass. Hand holding the Beast was putting my skills to the test with these aerial acrobats. Having just witnessed the comical feather-fu minutes earlier, my spirits were up and a giant smile painted my face – was thinking how fun that post was going to be, while getting a few shots in the tin of the Tern’s hunting. 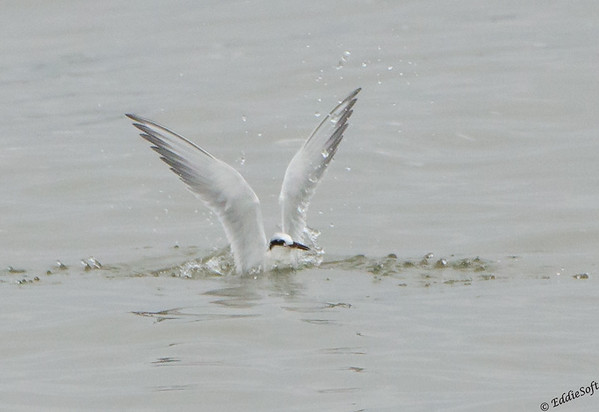 Sadly, my heart took a turn for the worse. My smile was turned to pure shock and utter disbelief as a new scenario unfolded before me … one I will never forget.

Hit the jump to learn what changed my happiness so quickly.

I noticed what looked like a Royal Tern coming towards me along the sea wall to my right. There were some locals fishing off the pier making big casts out into the large channel in front of them. I raised my camera and started to get a bead on the bird coming down this vary channel – then some totally unexpected happened.

Then Tern I was trying to get a picture of dropped like a rock into the water. Clearly off balance it slammed into the water at a dangerous angle.

I didn’t put two and two together for a few verrrry long seconds. The Tern was then moving across the water towards the sea wall. Something was definitely wrong as the bird would be dragged under before fighting back to the surface.

When it finally became clear to me what was going on, I traced the trajectory the bird was being dragged and confirmed my worst fears. At the end of that trajectory was a fisherman that was busy reeling the line back in. To get to the distance to the deeper water, they were using large poles and arcing the lures as high as they could to cover the greatest distance. This arc put the deadly barbs directly into the path the Terns were taking down waterway. There I stood taking pictures of a bird in peril too stunned to know what else to do. 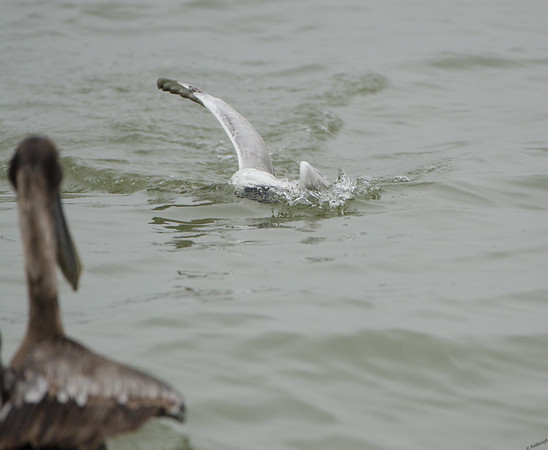 As if the situation wasn’t emotional enough, the Tern was being dragged right through a small group of Brown Pelicans. The same Brown Pelicans that had watched their fellow gang member get its ass kick by the Cormorants a few minutes before. As it got closer, I noticed the Pelicans taking a keen notice on what was playing out before them. Surely these Pelicans would try to help their friend in peril!?! 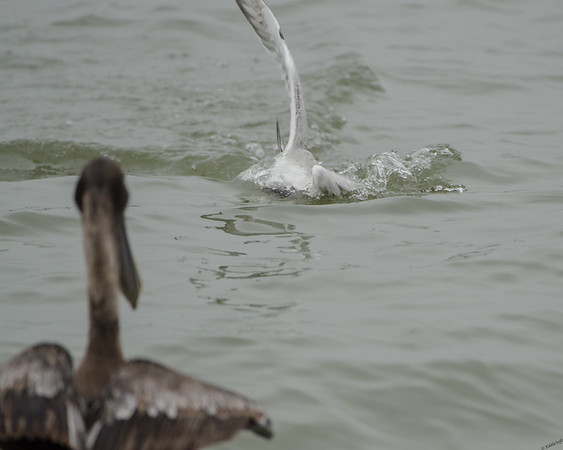 I did not get pictures of what happened next due to bringing the camera down to confirm what I was actually witnessing. The Brown Pelicans decide opportunity was knocking and started to attack the Tern. Each took numerous turns trying to snap at the defenseless Tern totally focused at this time in trying to keep its head out of the water – frantically working to remove whatever had embedded in its wing.

Luckily for the Tern, the Pelicans were unable to hit home with their attacks. The Tern made it to the wall without any additional damage from those heartless birds. By now, my own heart was flatlining – there was no predicting what was going to happen now. The treble hook was firmly sunk just below the wing – there was no escaping on its own now

Slowly it was dragged up over the 5′ to 6′ foot wall. Out of the water now, the Tern was able to mount an impressive defense – leaping out in strong burst hoping to break the grip the invisible line had on it. Eventually the bird ran out of line as the fisherman slowly brought in the final distance by hand. 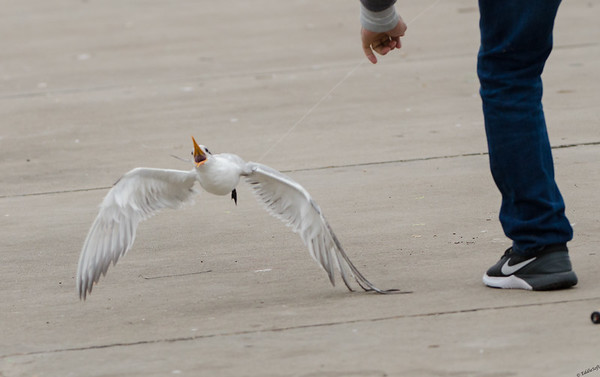 Having never experienced this situation before, my initial assumption was this might be the last moments for this bird. I’ve commented a number of times in past posts that I reluctantly let the circle of life play out in the wild. I’ve been able to experience it a number of times now and if there is a downside of big glass, it puts you front and center to the spectacle. 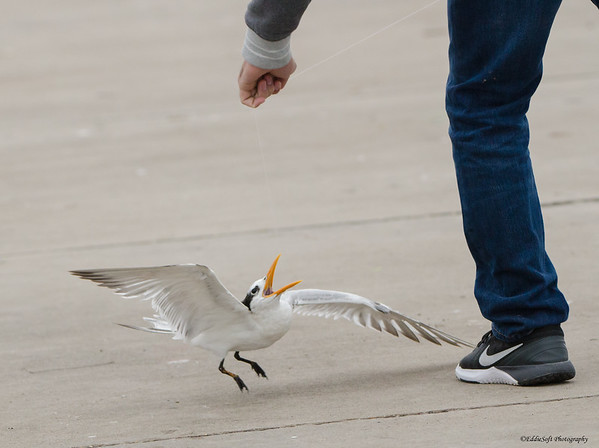 This was different, man was the catalyst for this cycle playing out and that wasn’t sitting well with me. I was the visitor in this scenario and decided my only course of action was to document the moment and maybe share the images in an attempt to set steps in motion to possibly prevent senseless deaths in the future. 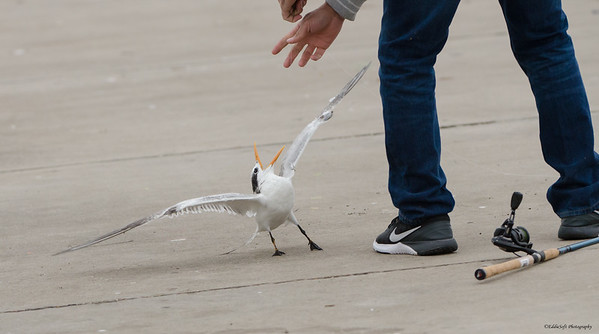 That Tern wasn’t going to give in – screaming at its attacker and still trying to fight the pull even though that treble hook had to be digging deeper and deeper.

By now, nearby fisherman came over to assist in controlling the bird. They eventually got close enough to grab it – my hands went a bit shaky expecting them to simply grab the injured bird and dispose of it. At that point something amazing happened, the entire scene took on a completely different tact than originally considered. The two fishermen reached down and gently took control of the bird making sure they didn’t cause any additional harm. My worst fears were quickly replaced with hope.

They proceeded to gently remove the barbs from the bird without any reaction from the Tern – guess it had conceded to its fate and the exhaustion from the fight had taken hold. Once the hook was out, the individual that originally hooked the bird took it to the water’s edge and let the Tern extend its wings and fly back to the safety of the air. Not sure I have ever felt such a relieved feeling in all my experiences in the field. Although man had caused the situation, these fishermen had been incorrectly profiled – my faith in man had been restored.

After the release, I asked them if that happens a lot? He displayed a look of disappointment and uttered “Unfortunately”. At least they were able to remedy the situation. The lucky Tern had flown off immediately.

I didn’t think much about it while I went back to taking pictures of the hunting Terns – this time more conscious of the dangers from the random casts that continued along the wall. A while later, a smile was once again prominently displayed on my face. 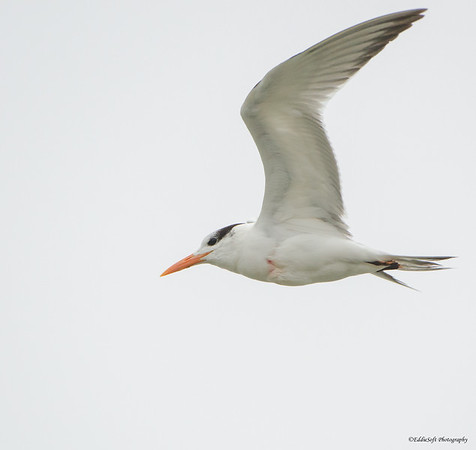 Yep, that same Tern came flying by to let me know it was okay. It was once again enjoying its favorite past time. 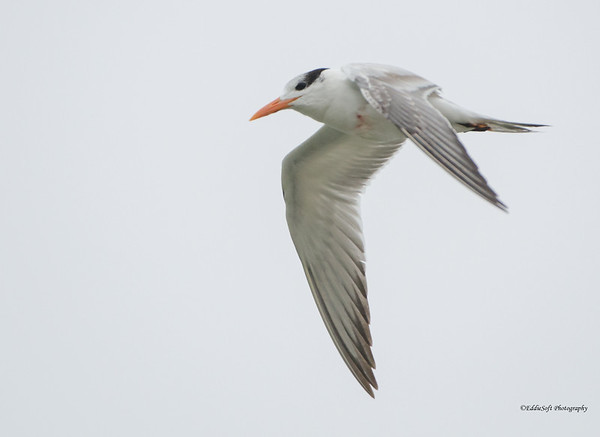 Admittedly, I can’t say much for the learning abilities of this particular Tern hehehe. 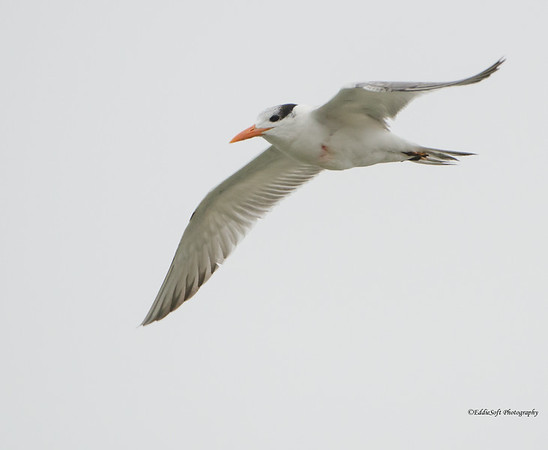 Glad I could at least share a happy ending. This is one of those birding experiences I’ll never forget!

2 thoughts on “A Tern in Treble”