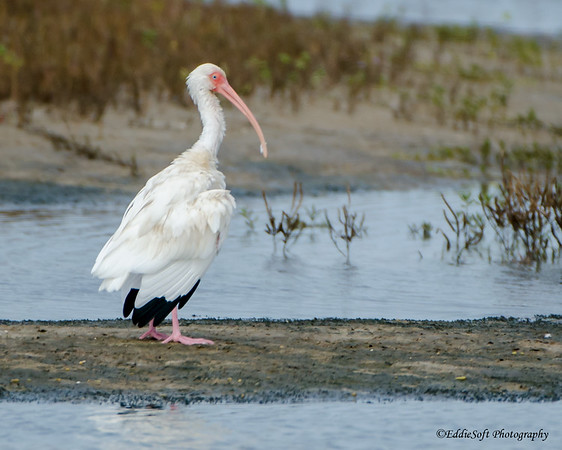 I was told that name was actually a mistake due to a misunderstanding that occurred in Europe around 1350.  A very upset lady was stricken with grief as her recently passed spouse was being removed from her house.  Those responsible for removing the body were in their 14th Century traditional hazmat suits that had a bird mask with an elongated downward bending bill.  At the time it was thought the Black Death was being spread by aviary (a bad rap since it was really rats and fleas).  In a fit of rage, the lady cursed the bird faced men screaming “I piss on your grave”.  A famous birder overheard this shriek from afar.  As bad luck would have it, he later discovered this innocent bird and due to the similarity gave it the name of an image he had remembered back on that sad day. 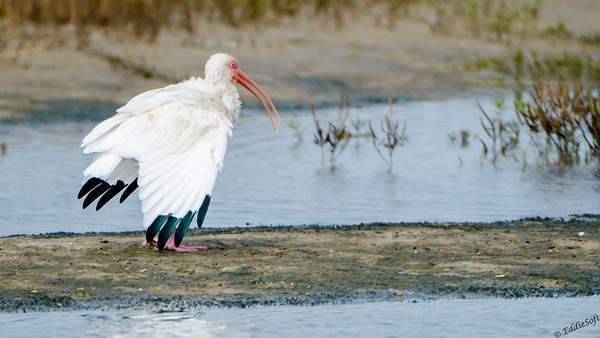 The way I see it, in the wrong place at the wrong time.  Note, I did do some investigating and well, hmmm, ummmm, Tell you what, you might want to consider an alternate source if you have any school related homework regarding this bird.  I am pretty sure it is correct, but some quick Google searches came up oddly empty.  What I can tell you for sure is this bird is considered a symbol for both danger and optimism by Native American folklore.  They held that this bird was the last to seek shelter in a hurricane and the first to wander out after it blew over.  That would be thanks to our friends over at Wikipedia in stark contrast to my standard go to reference location Cornell which had absolutely crap on this bird.

Oh, before I forget, see those black tips on the wings – those indicate an adult and you generally only see those when they are flying. The subject in this next picture has those tips tucked away. 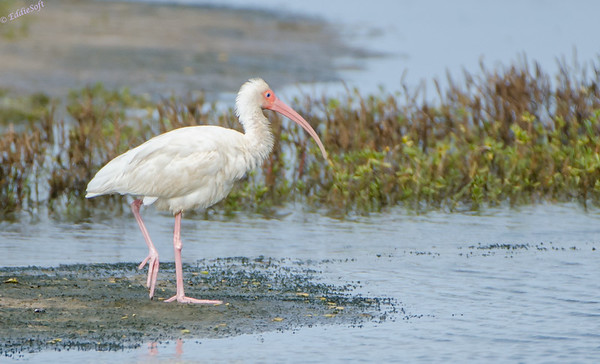 I personally really enjoyed looking through the long glass at their beautiful light slate blue eyes.  Pretty much sticking with the Wikipedia information, the Ibis offspring are actually born with purple down feathers.  The coloring gives way to brown or black including brown irises. There are a number color transformations before they get their adult white plumage around the second year. 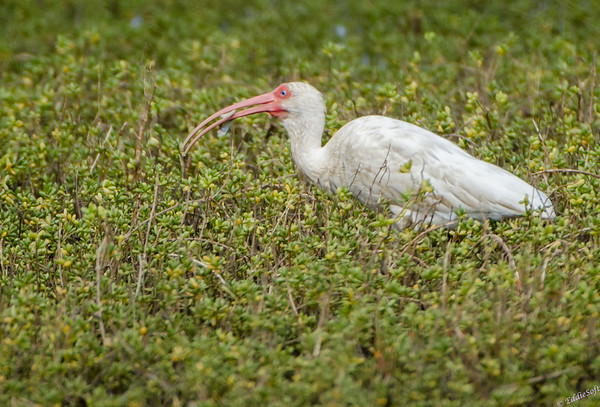 In the next shot you have a much better opportunity to see those Sinatra eyes… and even those normally hidden black wing tips. 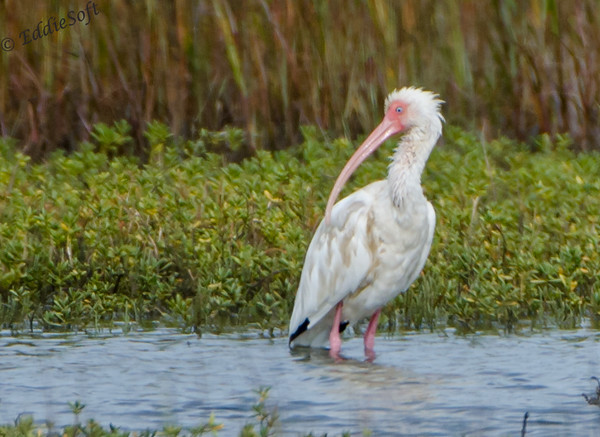 You may have noticed that these birds were spending a lot of time preening themselves.  Part of this is due to their environment.  We found this flock in a small swampy area off the side of the road.  After I gave Linda our “Stop immediately there’s a cool bird I must have” code word (note, this has almost gotten us killed a couple of times but hey, when the check mark is on the line you have to commit).  So we jump out, navigate across the road and start shooting away.  After a few moments I notice my forearms are covered in blood.  What the hell?  Still excited about the new bird, I shot on… well on to the point where I realized I was being eaten alive but some insect from HELL. 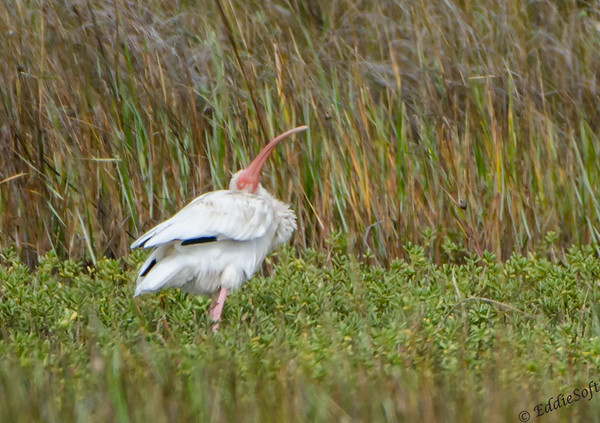 It was unbelievable – something black would land on you and within a microsecond pierce your skin and start sucking you dry.  Do something stupid like brush it off and the next thing you know you are covered in red thanks to smashing their bulging bellies thanks to a suckage that would make Dyson jealous.

Whoops, out of images so better put a bow on this post.  Hope you enjoyed reading about this grave pis… sorry, I mean White Ibis.  Now where is my Birding check list….

3 thoughts on “Bloodletting for Checkmarking”